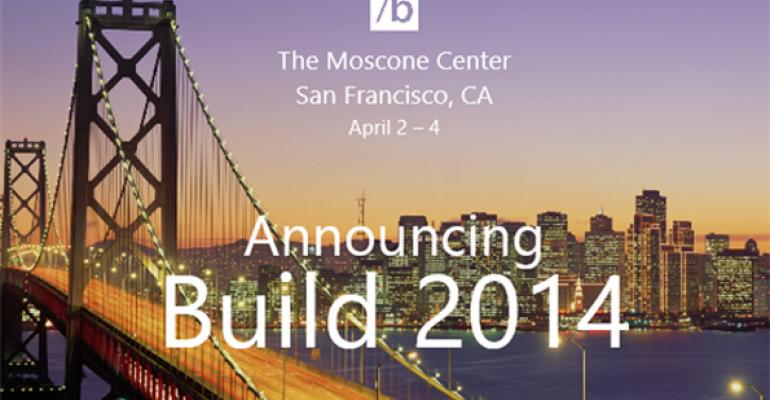 Time to crank up that beta engine

When you think about all the rumors about Windows Phone 8.1, the "Threshold" wave of products, and the expected changes we'll be seeing in Windows next year, the just-announced date for the developer focused BUILD 2014 conference becomes all the more exciting: It's happening in April 2014, earlier in the year than ever before. And that's great news.

Previous to last year's BUILD, which was in June, BUILD was held in October and was aligned with important Windows milestones. This coming April rendition of BUILD suggests that Microsoft is serious about its rapid release cycle promises, and that we'll have some kind of developer release(s)—Windows, Windows Phone, Xbox One, whatever—by that time.

In the Microsoft blog post announcing this show today, Microsoft corporate vice president Steve Guggenheimer wrote that the show would focus on what's next for Windows, Windows Phone, Windows Azure, Windows Server, Visual Studio and much more. But I find it interesting that he mentions Xbox One in the post as well. I bet that's part of the "and much more" bit.

Anyway, BUILD 2014 is happening April 2-4, 2014 at the Moscone Center in San Francisco. If you're interested in attending as a developer, you'll be able to register starting at 9 am PT on January 14, 2014 at http://www.buildwindows.com/. You'll want to be quick as this show sells out immediately.

And yes, I'm already planning to go too. I can't wait.