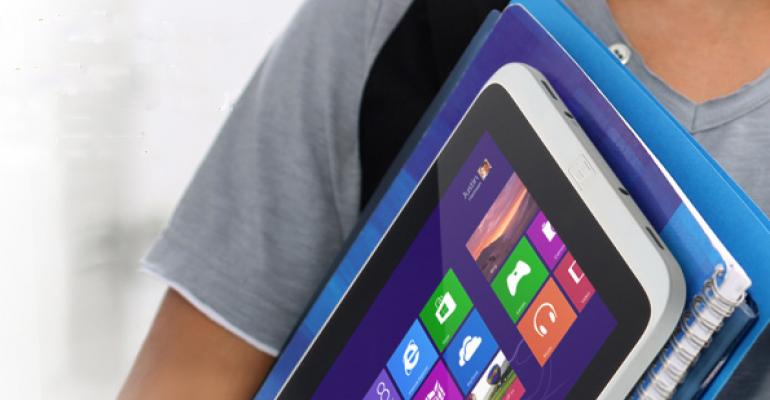 A disappointing start for Windows 8 mini-tablets

The Acer Iconia W3 is the world’s first Windows 8 mini-tablet, featuring an 8.1-inch screen and an optional full-sized keyboard base. I had preordered one as soon as it was announced, but thanks to a Build conference give-away, I’ve been able to use one on the road this week. Unfortunately, my initial impressions are mostly negative.

Let’s hope that future Windows 8.1-based mini-tablets are better than this piece of junk.

Like many of you, I’d been looking forward to the W3 and, in a fairly obvious way, it’s the mini-tablet successor to the Acer Iconia W5 I spent some time with in September 2012, about a month and a half before the Windows 8 launch. At the time, that device seems to auger a positive future for Windows 8 tablets and hybrid PCs, and its thin (.3 inches) and light (1.3 pounds) form factor impressed, as did its promised killer battery life (9 hours).

The new W3 is an 8.1-inch device as opposed to the 10.1-inch screen on the W5. That screen runs at a resolution of 1280 x 800, which is frankly fine for a device of this size, but will soon be obsolete in this age of “Retina”-class displays. (The W3 hits at a similarly low-res 1366 x 768.) But the underpinnings and exterior ports are quite identical: A 1.5 GHz Atom processor, 2 GB of RAM, 32 GB of internal storage, microSD expansion, micro-USB (and not “normal” USB) and micro-HDMI ports, and dual webcams. Put simply, the W3 is an even tinier version of the W5.

In use, the W3 is curiously thicker (at .4 inches) than the W5, though it is a bit lighter at 1.1 pounds. That said, it feels as heavy as a brick, and is awkward to hold in one hand because of that weight, negating the point of such a device. The battery life, while excellent at 8 hours, is still a bit less than that of the W5 too.

Others here at Build have complained about the “cheap” and “plastic” feel of the device, but I don’t see that as a problem. (The W5 features a very similar construction and look/feel.) But I do agree that the screen on this device disappoints. It’s not the resolution but rather a weird screen coating that gives the display a sort of mottled look that I associate with cheap devices of days gone by. This would be acceptable in a $200 device, but not in one that basically hits $400 before adding the optional keyboard.

That keyboard, by the way, is also cheap and plastic, but I’ve always wondered/pondered this interesting combination of a very small device and a full-sized keyboard. It seems to work OK—Lenovo’s vaunted keyboards have nothing to worry about, however—and the Bluetooth connection is surprisingly steady and reliable.

One thing I do like: You can clip the W3 onto the back of the keyboard for traveling. Seems silly until you use it, and it actually works well.

The W4 sits on this keyboard in a sort of grippy bevel that holds the device well.

But there’s no trackpad or pointer built into the keyboard, so you’ll need to tap the screen a lot, which will require you to extend two little feet in the back of the keyboard for stability. Otherwise, you could knock it over if you were two forceful. It’s not very elegant.

Speaking of inelegant, a device of this thickness could easily accommodate a full-sized USB port, but you need to use an adapter to connect anything to it because it comes with only a single micro-USB port. Great, another thing to lose. And how could this device not use a USB charger, like the ThinkPad Tablet 2? Stupid.

Overall, the W3 is disappointing enough that I’m probably not going to review it. I’ll spend some more time with it over the next week before deciding, but if you don’t hear back from me and are interested in Windows mini-tablets, my advice is simple: Don’t get this one.