/sites/all/themes/penton_subtheme_itprotoday/images/logos/footer.png
Recent
Recent
How DevOps Roles and Site Reliability Engineer Roles Differ
May 16, 2021
Apple and Microsoft’s Rivalry Had Cooled. Now It’s Back and Getting Testier
May 14, 2021
DarkSide Hackers Mint Money With Ransomware Franchise
May 12, 2021
Red Hat Talks CentOS Past, Present, and Future
May 11, 2021
Thinking About Cloud vs On-Prem vs Colocation Has Gotten Smarter
May 11, 2021
Featured
Is There Room for Linux Workstations at Your Organization?
Aug 07, 2020
Mozilla Shrinks to Survive Amid Declining Firefox Usage
Aug 18, 2020
Survey: Open Source Cloud Technologies Fit Devs Like a Glove
Feb 12, 2021
2020 State of AI Survey Report
Jun 30, 2020 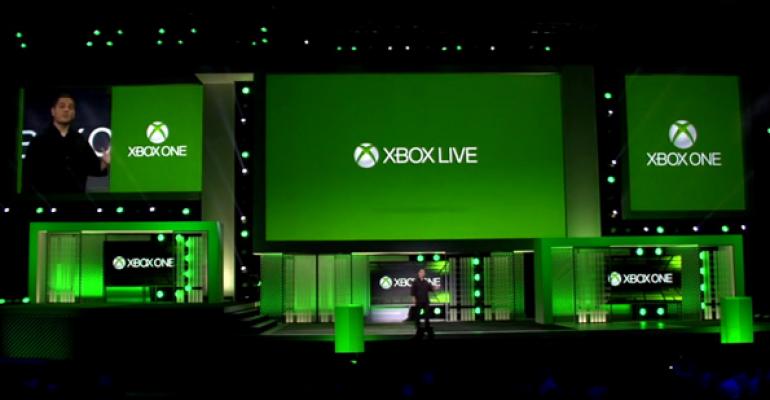 Microsoft this week expanded on its plans to improve Xbox Live Achievements with the Xbox One. Here’s a peek at what they’re doing.

So what are Achievements?

In the off chance you’re not familiar, Achievements are award-like incentives to perform certain tasks in games. Most Achievements provide some number of points to your Gamerscore, which is the total number of Achievements points you’ve earned and a rough measure of your dedication to the Xbox game playing. A Call of Duty purist, for example, may want to complete each of the latest in-game Achievements in addition to completing the single player game on the hardest difficulty level (which is in itself an Achievement) and competing in multilayer matches, leading to longer game playing and, presumably, a deeper connection with the title.

Speaking as Xbox enthusiast, I can say that Achievements are indeed a big deal and so-called “Achievement whores” will often frequent online forums and YouTube to discover the tricks to completing particularly difficult Achievements in their favorite games. (That said, many hardcore multiplayer mavens couldn’t care less about Achievements.)

Before moving on to what’s new with Achievements on Xbox One, I do want to address one area of confusion: I’ve received questions from readers wondering whether specific new Xbox Live features—like the Achievement improvements described below, the new Reputation service, Smart Match, or whatever—will also be added for Xbox 360 users. After all, the reasoning goes, these are technically Xbox Live features, not Xbox One features. But that’s not happening: Some Xbox Live features will simply be unique to Xbox One. This is one of them.

Achievements improvements coming to Xbox One

So what’s changing with Xbox One? Here’s a list.

Not just Gamerscore points. “With Xbox One, we want consumers to reap more tangible benefits [from Achievements],” Microsoft Program Manager for the Xbox Live Achievements service Cierra McDonald explains. “In addition to Gamerscore, which will remain as a critical part of the Xbox gaming experience, consumers can now unlock digital artwork, new maps, unlockable characters, and temporary stat boosts via achievements.”

Not just games. Interestingly, Achievements on Xbox One will not be limited to games. Xbox One apps—like video and music apps—can now offer Achievements as well, though only games will add to your Gamerscore. App achievements might provide “sneak peek content, early access, or subscription extensions,” McDonald explains. Upon hearing this the first time last week, I tweeted, “Microsoft, watching TV is not an achievement.”

Challenges. In addition to traditional Achievements, Xbox Live on Xbox One will also confusing offer a second type of Achievement called a Challenge. McDonald differentiates them like so: A traditional Achievement is like a promise in that you know it will be available in the game at any time, and you can unlock it whenever you wish. A Challenge, meanwhile, is like an opportunity, and it consists of both a goal and a reward. “Challenges are time-bound (as in, real life time),” she explains. “That means you can only unlock [a Challenge] during its eligible time window, and if you get close but don’t complete the goal when it ends [then you can never get it again].” Challenges do not add Gamerscore points.

Cloud powered. While this term is threatening to derail the entire Xbox One marketing campaign, McDonald says that the cloud-powered nature of the Xbox One allows game makers to create cool new types of Achievements, including adding new Achievements and Challenges after a game is released. “[Game makers can] learn from and respond to user activity and focus on adding stuff that you’ll find fun,” McDonald writes. “Developers [can also] involve the [gamers] in the achievement creation process [and possibly] run a contest for users to submit and vote on challenge ideas, for example, with the winning idea being released to the public as a legitimate Xbox Live Achievement.”

Better discoverability. The new Xbox One Dashboard experience improves how you discover and view Xbox Live Achievements. For example, games can now expose your progress towards unlocking an Achievement right on the Dashboard, before you even launch the game. There are feeds of your friends’ Achievements, video highlights of Achievements being unlocked, and a new gallery of Achievement icons that properly show off what you’ve accomplished.

Looks good to me.