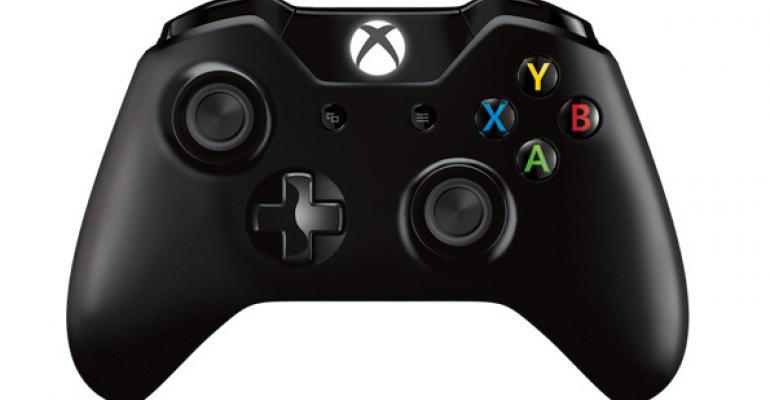 Continuing its ongoing series of disclosures about the Xbox One, Microsoft today detailed a few first party hardware accessories it make available at launch in November. It’s a decent list, but with no real surprises.

Xbox One Play & Charge Kit and Xbox One Wireless Controller with Play & Charge Kit. As with the current version for Xbox 360, these kit includes a rechargeable battery pack that fits inside the Xbox One Wireless Controller and a USB charging cable that connects the controller to the console. It charges the controller battery pack in less than 4 hours, Microsoft claims, and will be available in two versions: a standalone version and in a bundle with an Xbox One wireless controller.

Xbox One Chat Headset. This newwired headset—wired to the controller, that is—features a lightweight and comfortable design, mono wideband digital audio, and a unidirectional microphone. You can access volume controls—including mute—without taking your hands off the controller (as those controls are built into the connectoid that attaches to the controller, see below).

Microsoft also announced a few third party accessories including the Turtle Beach Ear Force XO SEVEN and Turtle Beach Ear Force XO FOUR headsets, the Polk 4 Shot Xbox One Gaming Headphones, the Polk N1 SurroundBar and the Mad Catz Arcade FightStick Tournament Edition 2 for Xbox One. Check out Microsoft’s post, All New Accessories for Xbox One, for details about these other accessories.