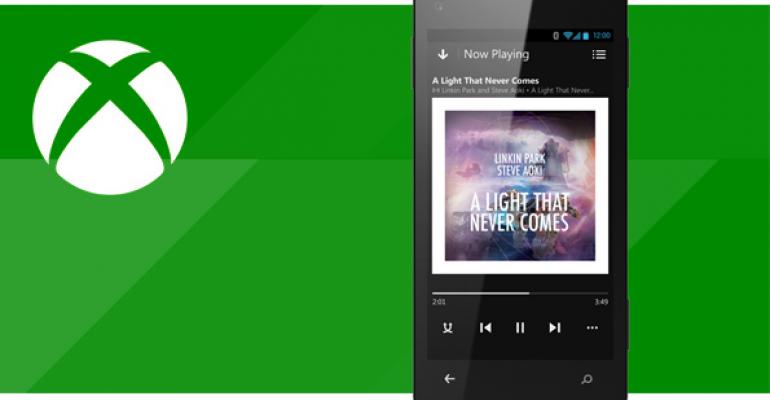 Looking at how this works across the supported platforms

In Rethinking "Paul Thurrott's Xbox Music", I discussed my plans to update my free e-book about Microsoft's digital music service to address all of the platforms on which it runs. But this isn't a simple update: Instead, I'm completely restructuring the book so that it is organized by task, generally, instead of by platform. Here's an example of how such a task could look in this new version of the book.

With previous versions of Paul Thurrott's Xbox Music, I had top-level sections for Windows 8, Windows Phone, Xbox 360 and the Web. But with the proliferation of supported platforms—Xbox Music is now on iOS, Android and Xbox One, too—and general improvements across the board on previously supported platforms, this type of structure would get tedious and overly long. Why describe a topic like "adding music to your collection" seven different times, once for each platform? Why not just do it once, and explain the differences, where present, between each platform?

So here's a pass at what such a thing might look like. In Rethinking "Paul Thurrott's Xbox Music", I explained the basic structure of this book, and how it might look. Here's a sample section that I wrote up with an eye towards understanding the differences in how this works between platforms.

Let me know whether you think it works.

Add music from Xbox Music Store to your collection

When you find music you like in the Xbox Music Store, you can add it to your collection so that it is accessible from all of your devices.

You can add albums or songs to your collection with Xbox Music on Windows, iOS, Android, or the Web. To do so, click the Add to button associated with an album or song in any Store view and then select Collection from the pop-up menu that appears.

You can an albums to your collection with Xbox Music on Xbox 360. In an album view, select the Add to My Collection tile.

You can an albums to your collection with Xbox Music on Xbox One. In an album view, select Add Album tile. Then, in the pop-up that appears, select the Collection tile.

Windows Phone doesn't support the ability to add music from the Store to your collection without downloading or purchasing it first.

So. What are the challenges here?

First, and most obviously, this functionality—and much of what might do in Xbox Music, I suspect—works differently across the different platforms. Interestingly, the newest versions of Xbox Music, aside from the Xbox One version, work pretty consistently, which is helpful. (I sort of get why Xbox would be different, too, so no harm there.)

Second, it's always fascinating to me when there are small differences. Unless I'm missing something—always possible—you can add albums or songs to your collection from the Windows, iOS, Android or Web versions of Xbox Music. But you can add albums from Xbox 360 and Xbox One, and can't add anything (without purchasing or downloading it first) with Windows Phone.

Windows Phone is currently a real second class citizen in this scheme. Aside from the weirdness of not having a dedicated Xbox Music app—the Music + Videos hub was ported over largely unchanged from Windows Phone 7.x—Windows Phone requires an Xbox Music Pass to see music in your cloud collection. That's unacceptable, but outside the scope of the book.

Anyway. Let me know if you think this kind of thing can work. I'm thinking it can.