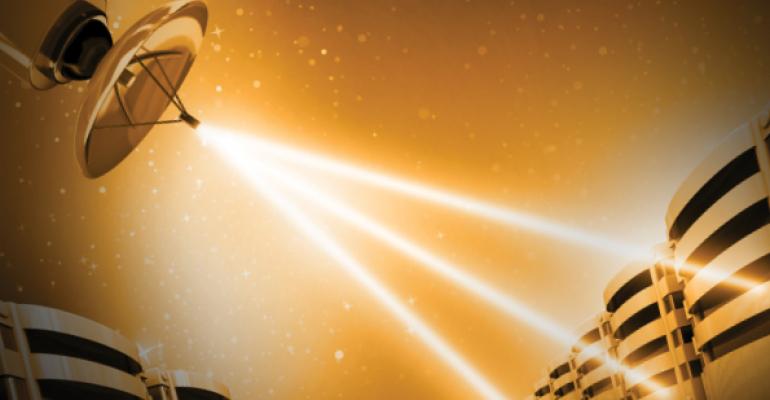 Windows Server 2012 introduced a staggering number of changes in virtualization features: an updated Hyper-V, desktop virtualization with new Remote Desktop Services, and much more. Apart from features, though, Microsoft made a big shift in the best practice deployment of Server 2012.

Server Core is a target for application workloads such as SQL Server in Server 2012. You can add or remove the graphical interface and management infrastructure and tools at any time. The upshot is that in Server 2012, many more servers will be Server Core rather than Server with a GUI (the new name for what was Full Installation). In short, you probably should change the way you manage your Windows environment.

To put it into perspective, I look back at my first job working with computers. I was a VAX/VMS systems administrator, which really meant I changed backup tapes and provided printouts to developers. I managed the servers by sitting in the server room, where a video terminal was connected to each server. Then we added TCP and I would sit at a desk and telnet directly into each server. I managed Windows servers (when we got them) the same way. I had a monitor and keyboard in the server room that I would use to connect to a server via a KVM. And then when RDP and remote administration became a key feature, I worked from my desk and just RDP'd into the server. In all cases, though, I effectively managed one server at a time—and managed it locally.

As the number of server instances explodes, managing one server at a time becomes unrealistic. And with the shift to Server Core, local management with a graphical interface is no longer an option. We must shift how we manage servers.

Remote management (and by that I don't mean RDPing into the server, but rather running management tools on your client desktop that connect to the server) has been a realistic option since Windows Server 2008 R2. I emphasize realistic because it was possible before Server 2008 R2; however, it was cumbersome.

In Server 2008 R2, Server Manager finally allowed you to remotely connect to a server and manage it (providing the server has been enabled for remote management). This means you can install the Windows 7 Remote Server Administration Tools (RSAT) on your Windows 7 desktop, fire up Server Manager, and remotely manage a Server 2008 R2 operating system. However, this provides a connection to just one remote server at a time (Figure 1), which isn't convenient for managing multiple servers. Also, you might need to consider other types of applications that may also require management tools to run locally on the application server and not support Server Core; however, most applications have moved to a remote-management tool model or completely web-based administration.

Remote management tools are important for another reason. New graphical management tools are very rich, but the reality is you typically wouldn't want them running on your servers because the tools would take up resources that would be better used by the services running on the OSs. It's far better to have that rich graphical interface rendering on your desktop OS and minimal network traffic in the process of fetching information and performing tasks.

Manage multiple servers. If you consider that all your servers are running Server Core, then managing multiple servers with the ease of one should sound pretty good. In Figure 2, the initial dashboard not only shows server health, but Server Manager also automatically detects the roles installed on the servers it's managing and creates separate groups so you can see the health of Microsoft IIS, Hyper-V, and Active Directory (AD). You can even create your own groups of servers; for example, "Test Servers" in my instance. It's possible to click any problem areas (identified with red highlighting in Figure 2) and quickly see details. For example, click the Best Practice Analyzer (BPA) items in red to see what the problems are (yes, BPA is integrated with Server Manager) or which services are experiencing problems. All those services across the various servers can then be restarted with a single click.

There is one difference between Server Manager running on a Windows 8 client and Server Manager running locally on Server 2012 (Figure 3): the inclusion of a Local Server navigation node on Server 2012. Through this Local Server workspace, you can perform initial configurations on items such as server name and IP address (by initial I mean items you configure once on a server after installation and typically never change again). For this reason, items on the Local Server workspace aren't available via Server Manager's remote management functionality because they weren't deemed necessary for ongoing management. I expect that will change in the future. The good news is that remote management is enabled on Server 2012 by default; no manual action is necessary. This doesn't mean you can RDP into the server by default, but you can fire up Server Manager and (providing you have permissions on the server) remotely manage it.

As you add new servers to Server Manager, it polls them, detects the various infrastructure roles, and surfaces the roles in the appropriate navigation areas of Server Manager. Servers are exposed through the All Servers workspaces. It's also possible to create your own groups of servers, like the "Test Servers" group in Figure 3.

Make information visible. One action you'll likely need to take is right-click the server(s) and select Start Performance Counters (Figure 4), which enables a collection of performance data about the source server. You can access the data remotely through Server Manager to view key performance metrics such as CPU and memory use. You can even set Server Manager to alert you if CPU use goes above a certain level, or the amount of free memory is below a certain level. Be sure to look at other options for remote server actions: full access to Computer Management for the server, RDP, Windows PowerShell, configure NIC Teaming, reboot, and more. These are in addition to the standard tools on the Server Manager Tools menu, which lets you launch familiar tools such as Active Directory Users and Computers, Hyper-V Manager, and so on.

A big change to Server Manager in Server 2012 is the capability to remotely add and remove roles and features. To do this, select the Add or Remove Roles and Features action from the Manage menu. If you're performing a role-based or Remote Desktop Services installation, the next choice is the server on which you want to perform the add/remove (Figure 5).

(I should note here that RDS has its own scenario-based deployment methodology accessible through Server Manager that enables you to deploy entire RDS environments across hundreds of servers—and based on best practices—from a single wizard with only a few clicks of a mouse.)

There are three things to note about this functionality:

Manage roles and features. In addition to showing information (such as performance, events, BPA results, and installed components) from managed services, Server Manager also manages key aspects of the core OS, including certain roles and features. Storage is a great example. Server Manager not only exposes the volumes on a system and lets you configure features such as data deduplication, it also lets you manage storage spaces, iSCSI, NFS, and advanced share configurations. Some roles, such as Remote Desktop Services and IP Address Management, expose their configurations through Server Manager.

Once the tools are installed on Windows 8, you enable them via the Control Panel Programs and Features applet. Run the Turn Windows features on or off action and enable Server Manager in the RSAT section (Figure 6). From this dialog box, you can enable other role and feature administration tools as well.

I step through this process and present a general overview in the accompanying video.

So what do you do if you don't have Windows 8 in your organization, and even you (as the IT department) can't adopt it? My recommendation is to set up a Server 2012 Remote Desktop Session Host and publish Server Manager. Then, administrators on Windows 7, Windows RT, and non-Microsoft platforms (basically, anything that supports published applications over RDP) can execute the published application, which appears to run locally on the machine because it integrates seamlessly with the desktop. I created a video, "Managing Windows Server 2012 from Windows 7," that covers this procedure.

Up to this point, I've discussed the new remote graphical management tooling. In the largest environments, however, where you're talking about true automation, you don't want a graphical interface. You want to use a command-line interface (CLI) and scripts. And for Windows, there really is nothing more powerful than PowerShell, which brings together a CLI and scripting environment. PowerShell is object-centric, allowing objects (rather than basic strings) returned by one command to be passed to another command. This provides for great capabilities with often minimal amounts of code because the original object is maintained.

Every Server 2012 capability is exposed through PowerShell by more than 2,400 cmdlets (the name for native PowerShell commands) just for the base OS; and the reality is that many things (such as Hyper-V network virtualization and advanced Storage Space configurations) can be achieved only through PowerShell and aren't available in the OS graphical management tools. PowerShell integrates with Windows Remote Management to provide remote server management. PowerShell 3.0 (which is part of Server 2012 and installed as part of WMF 3.0 for Server 2008 and Server 2008 R2) also offers a powerful workflow capability that lets you initiate tasks on remote systems without having to stay connected.

Nearly all Microsoft products have PowerShell support, and so do most solutions that integrate with Windows, including those from hardware partners such as Cisco and NetApp. This means it's possible to manage not only Windows with PowerShell, but also a complete IT infrastructure.

An introduction to PowerShell is beyond the scope of this article; however, I want to draw your attention to a few ways to get started quickly:

The new Server Manager in Server 2012 really helps organizations move to a true remote management methodology, letting you manage multiple machines simultaneously. It still might be a stretch for many IT groups to move away from just RDPing into each server and managing them "locally." However, as more and more servers run Server Core, and once Server Manager's multi-server management benefits become apparent, there'll be a greater shift in management, especially as the 2012 Server Manager also provides for management of Server 2008 and Server 2008 R2. Of course, applications still must run on servers to support remote management, but this is also becoming more common and necessary as vendors add support for Server Core. And don't forget about PowerShell, which really is an administrator's best friend.