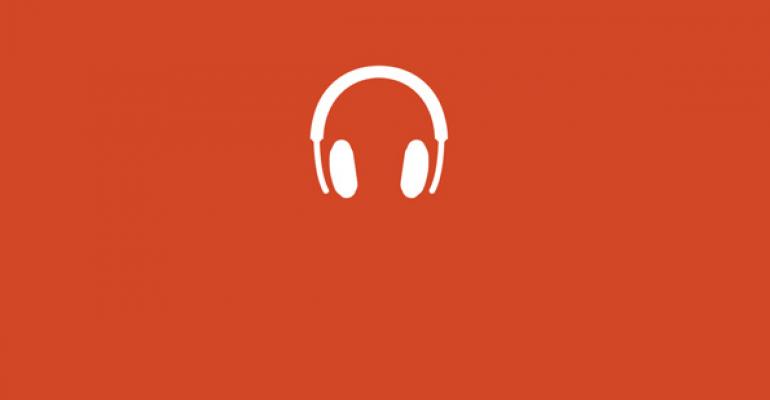 A few minor changes before an app UI overhaul

Microsoft this week delivered a minor update to the Xbox Music app for Windows 8/RT, adding an in-app search button and the ability to use the Xbox Music’s free, ad-supported music streaming service for a limited time without signing in.

This update comes in the wake of several updates to this app in the first half of 2013, and just days before Microsoft delivers a preview version of a supposedly major update to the app. (Expectation control: It won’t be as major as we hoped, at least not in preview form.)

For the June 2013 update, Microsoft has made the following changes.

In-app search button. In keeping with changes to other built-in apps in Windows 8/RT, Xbox Music now sports an in-app search button that is visible from the app’s primary UI. (You can’t see it in My Music or any of the other sub-views, but with the next major update to the app using a single screen for more of its UIs, the search button will be more readily available going forward.) Tapping this button opens the same Search pane as with the Search charm.

Free music streaming trial. You can now stream up to 15 songs without having to sign-in, a way for users to see whether they’d like to take advantage of the free, ad-supported streaming music service that’s provided to Windows 8/RT users through Xbox Music (or, better still, a paid Xbox Music Pass subscription, which removes the ads and adds compatibility with other devices and downloading/offline capabilities.)

Radio. Though many users noticed that the Smart DJ feature in the Xbox Music silently changed to Radio recently, with this release the change is now formalized and will appear this way for everyone. (Presumably, other instances of Smart DJ—in Xbox 360 and Windows Phone 8, for example—will change to Radio over time too.) There’s no functional difference, however, and you can still only make new radio station based on a single criteria, which must always be an artist.

Bug fixes and other UI enhancements. It’s not clear what “UI enhancements” were added, but if anyone notices a change, please let me know.

Put simply, updates are always appreciated, but there’s nothing major to report.

Update: I've released a new version of the free eBook Paul Thurrott's Guide to Xbox Music that has been updated to address this week's changes in the Xbox Music app. Check out Xbox Music Book 1.4 for more information and the free download.