IT Buyers Guides
brought to you by 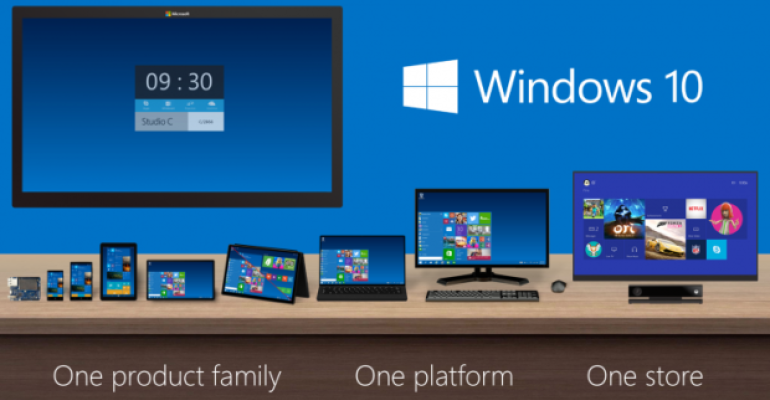 Time is running out to begin your Windows 7 to Windows 10 upgrade migration. Our buyer’s guide kickstarts the research on companies to assist with this process.

Has your organization already wrapped up your Windows 7 to Windows 10 upgrade migration? Maybe it is in progress, you have a short list of straggler devices waiting to migrate, or you haven’t even started yet.

Where ever you are in that process you are either breathing a sigh of relief or getting very concerned about the fact less than 10 months remain in the official lifecycle support for Microsoft’s most popular enterprise operating system. That date will mark the end of a decade of official support for the operating system.

The final collection of patches for Windows 7 will be provided through typical enterprise update channels like Windows Server Update Services (WSUS) and Windows Update (WU). Then, when the next Patch Tuesday arrives on February 11, 2020, there will not be any patches for the 10-year-old operating system. From that point forward, un-patched instances of Windows 7 will be vulnerable to any new exploits or security issues. Not a good place to be as an enterprise or SMB when you are expected to protect your data and that of your customers/users.

However, Microsoft is not leaving you completely unsupported at this point and you do have a couple of options that will not require an immediate Windows 7 to Windows 10 upgrade migration.

By the way, while remaining on Windows 7 after the end of its lifecycle support is technically an option, it is not viable if you have any concerns about protecting your infrastructure, data and other critical enterprise and business services.

Microsoft has offered these ESUs in the past and so it was not a surprise when we learned last year at Microsoft Ignite that this support would be available for Windows 7 as it hits the end of its official lifecycle support next year.

Of course, these ESU’s are not provided free of charge as we learned back in February.

For an annual charge on a per device basis, Microsoft will provide devices running either Windows 7 Enterprise or Windows 7 Pro with security-related updates just like when Windows 7 was under extended support. Each year that per device cost will double and if you opt into the ESU’s during the second or third year of their availability you will be required to pay for the previous year’s patches. The reason for that is they are cumulative and so even if you obtain them in year two or three, the work to provide those security patches still happened back during the preceding years.

Depending on the number of devices that will need to remain on Windows 7, this cost could escalate very quickly. If you know that your organization is less than a year away from having the ability to finally migrate a handful of systems to Windows 10, then it might not be a bad investment.

Last year at Microsoft Ignite we also heard about this upcoming service that will provide access to Windows 10 as a multi-user virtual desktop.

One of the less discussed aspects of this service is that this same Windows Virtual Desktop on Azure capability will also support Windows 7 after its end of life cycle support with free access to the full three years of ESU’s. Of course, there will still be an Azure related charge for access and compute time. However, depending on the number of devices you need to keep on Windows 7, this could be a good return on investment compared to paying the ESU fees.

I tried out this service last year during Microsoft Ignite with the product team and was very impressed with its performance. It did not feel at all like I was accessing a full operating system over the network rather, it was much like using an actual desktop.

Although obtaining Extended Support Updates or using a Windows Virtual Desktop on Azure are available as options following the official end of life cycle support for Windows 7, ultimately you are going to need to migrate your organization to Windows 10.

Whether you are targeting that now or later, it is well beyond time to begin your research into this process. That is where the Windows 7 to Windows 10 Update Migration Buyer’s Guide comes in to assist.

Our Windows 7 to Windows 10 Update Migration Buyer’s Guide will provide you with insight into these eight companies and how they can assist you with moving forward with your own migrations.