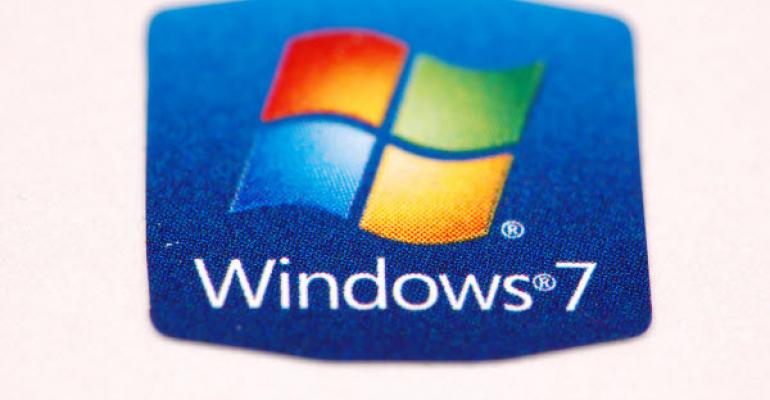 Stop Bellyaching about Windows 8 and use Windows 7

Windows 8 is new and flashy, probably not the best solution for grandparents who still rely on a Timex winding watch to tell the time.&nbsp;

Windows 8 – you either get it, or you don't. If VCRs were still the video recording tech of the day, those that can't figure out how to stop the flashing '12:00' are the ones that probably shouldn't be using Windows 8. Windows 8 is new and flashy, probably not the best solution for grandparents who still rely on a Timex winding watch to tell the time.

An entire editorial industry has grown up around bashing Windows 8, or making suggestions about what Microsoft can do to improve it. Yes, I agree – there are improvements that can be made, however, it’s the same type of improvements that Microsoft invests in when updating previous operating systems like Windows 7: speed, performance, and compatibility. Nothing monumental needs to be addressed in my opinion. A Start button? Who needs it? A Start menu? That was the most convoluted mishmash of disorganized junk ever created.

And, then there's the PC sales decline blame, which from a lot of industry folks, has been placed squarely on Microsoft's shoulders for releasing Windows 8. PC sales were declining long before Windows 8 was released. PC manufacturers were expecting Microsoft to bail them out instead of rolling up their sleeves and innovating. The PC form factor is old and tired. The only innovator in the PC space has been Apple by attempting to give computing style, flair, and usability improvements. So, if you want to blame someone on declining PC sales, blame the PC manufacturers.

Or, I guess, you could put partial blame on Apple. Apple changed the game. For most, a PC was overkill because all it was used for was surfing the Internet and stalking friends on Facebook. Before the iPad, a PC (desktop or laptop) was the only option. Who wouldn't want to surf the Internet on a comfy couch? The iPad led to other tablets and other tablet platforms which helped drive PC sales down.

Again, why would a PC industry sit idle and expect Windows 8 to bail them out instead of putting some effort into preparing for the future? Windows 8 is a scapegoat, nothing more. Windows 8 is meant to spur innovation, not cause the industry to become irrelevant. Windows 8 has shocked many PC manufacturers awake. Just look at the stack of new designs hitting the market now. If anything, Windows 8 is good for the market and if PC manufacturers shift the blame back to where it belongs, Research and Development, constructive and monumental things can happen. PC manufacturers can save themselves.

But, here's the thing: Windows 8 is not bad – not bad at all. I use it across all my devices (tablets, desktops, laptops, etc.). I've never had a smidgen of trouble with it. It runs better, boots faster, and performs differently depending on which device I'm using. It adapts to whatever computing experience I throw at it. When I'm using my Microsoft Surface, it’s a perfect touch platform and the Metro interface is fluid and intuitive. When I'm using my desktop with my four monitors (not touch-enabled), I never, ever see the Metro interface. I work in the desktop all day long because I'm still running legacy apps. On my desktop, I'm still using my computer just exactly the same way I did when Windows 7 was installed on it. I never used the Start button in Windows 7, few rarely do. I have my most common apps pinned to the Task Bar, exactly the way I did in Windows 7. With Windows 8 installed on my desktop, there's been no change in the way I work.

Believe it or not, there are many like me. There is a growing crowd of Windows 8 users. There are those that use Windows 8 every day and never complain. In fact, those that use it exclusively, praise it and would never go back.

From a business perspective, there's no question that Windows 8 is a tough pill. The cost of deploying Windows 8 across the company is no more so than deploying any other version of Windows. It’s the training of IT and support, and end-user education, that will push the costs through the roof. As I mentioned in my leading paragraph, Windows 8 is not for everyone. And, while I have great success with Windows 8, I realize, completely, that Windows 8 is NOT a business operating system – at least, not yet. The C-level business folks, who helped start the BYOD revolution by requiring IT to support consumer devices, could live with a Windows 8 touch device because most of them don't actually do real work. Some may argue with that, but in most companies, if you can get by using just an iPad on the job, you're not doing real work. (I can almost hear it. There are a lot of IT folks celebrating my last statement. However…those same C-level business folks are on to something. They are computing pioneers. There's a day coming, thanks to Windows 8, when a tablet device will be all you'll ever need. Count on it.)

So, what does a business do? By all intents and purposes, Windows XP dies on April 8, 2014. Listening to the crazies out there about Windows 8 is only a distraction from what needs to be done. Based on historical data, the average enterprise deployment can take 18 to 32 months. Getting caught up in the thick of an editorial industry with more opinions than solutions only serves to delay getting the company's computer assets into the cone of support.

So, stop bellyaching about Windows 8 and deploy Windows 7. If you start now, you might make the deadline.

If you need help deploying Windows 7 throughout your organization, here's a few great resources:

IT/Dev Connections– there will be plenty of Windows 7 deployment content here, I promise!