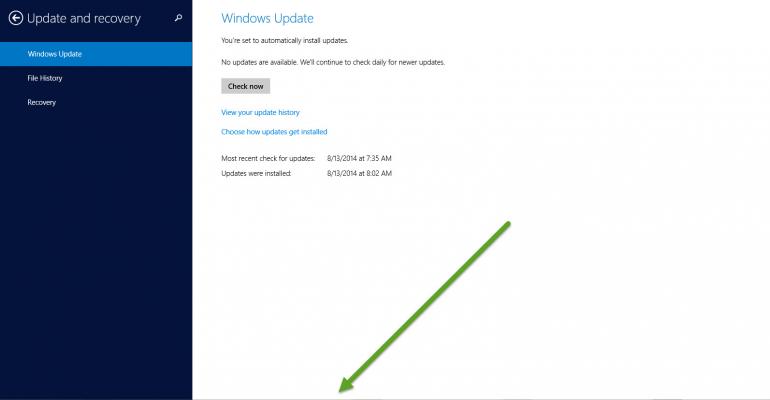 In addition to the new features we've already uncovered (Windows Update History, Touchpad Improvements) in the August Update for Windows 8.1, we've found one more, uncommunicated improvement to add to the list.

August Update brings another sought after feature to Windows 8.1, giving users the ability to gain access to the Windows Taskbar at any time, even in modern apps. There is a special requirement to get this to work, though. You must turn off auto-hide. To do this:

Now, when you are in a Modern app and slide your mouse cursor to the bottom of the screen, the Windows Taskbar will appear, allowing you to switch between both Legacy and Modern apps easier.

Who said August Update (Update 2) wouldn't include any useful features?

Deselecting the Auto-hide the Taskbar option is a bit painful for me, since I use it constantly when working in Desktop mode to improve screen real estate. It's not a big deal feature for me, but many of you might enjoy the option.

UPDATE: Some are reporting that a persistent Taskbar in Modern apps is a bug introduced in the August Update. Taskbar availability for Modern apps was introduced as a stable feature provided in April's Update, but the peristence is new and possibly a bug. Stay tuned, I'm checking sources to clarify.