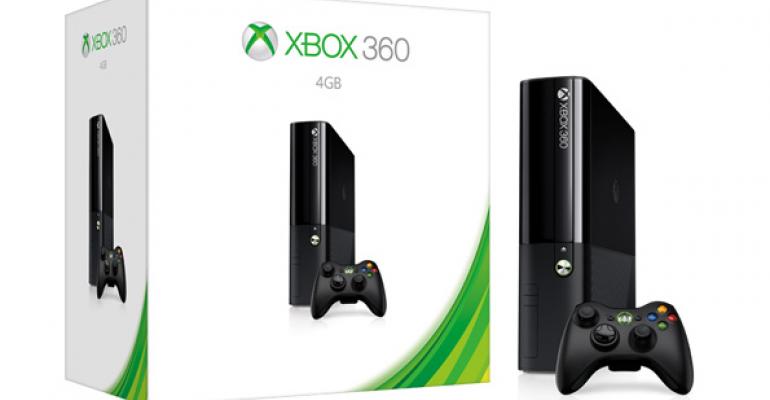 I was told in January that the redesigned “Stingray” console would launch alongside “Durango” [Xbox One] and would be “less expensive than the existing Xbox 360.” But at today’s announcement, Microsoft revealed a change of heart: The new version of the Xbox 360 will sell at the same prices as the previous version: $199 for a 4GB version of the console, $299 for the 250 GB version, and $299 for the 4 GB Kinect Bundle.

The new Xbox 360 is of course 100 percent backwards compatible with the existing consoles and is just a redesign that I assume includes cheaper parts to ensure profitability for the remaining few years of this platform’s life cycle.

More interesting to current Xbox users, perhaps: Microsoft also announced that every Xbox LIVE Gold subscriber will receive two free Xbox 360 games per month until the release of Xbox One (which is happening in November, as I previously reported). First up: “Halo 3” and “Assassin’s Creed II,” plus a bonus third game to “celebrate E3 in the month of June,” a free download of “Fable III.”

The new Xbox 360 consoles are available starting today in the United States, U.K., Canada, Australia and Ireland, and will head to other markets in the coming weeks.