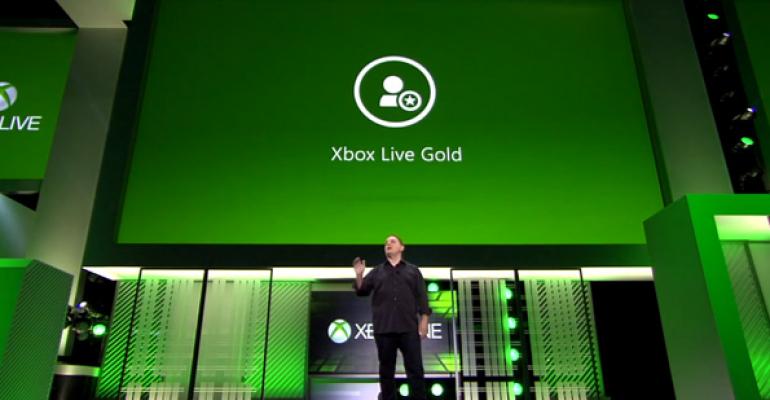 How Microsoft Can Fix Xbox One

Online reactions to Microsoft’s Xbox One announcements have been curiously venomous, with critics hammering the firm for the console’s high price and its seemingly Draconian policies. Some of the complaints have merit, others do not. But rather than excuse or condemn Microsoft across the board, here’s an examination of the complaints with some common sense advice where needed.

Also, as a heads-up: I’m going to do something unusual here in that I’ll be editing this post going forward based on feedback I receive in the comments and elsewhere. That’s because I will likely fall short in capturing the spirit of some of these complaints and I want to make sure I really do address the concerns, either way.

Here they are. The top five complaints.

Complaint: At $499, the Xbox One is simply too expensive. The technically comparable Sony PlayStation 4 only costs $399, a $100 difference.

Background: Back in March, I was told that Microsoft would offer two versions of the Xbox One console: The delivered $499 version and a second version that would cost $299 and require a two-year Xbox Live Gold subscription costing $15 per month. Before the May reveal, I was told that the second, subsidized version was not happening. (My guess why: Because the Xbox One pretty much requires an Xbox Live Gold subscription anyway, and that was like throwing away $200.)

My take: $499 is too expensive and Microsoft needs a lower-cost option. (The new Xbox 360 is not acceptable as an alternative.)

Solution: Offer a $399 version of the Xbox One that does not include Kinect. Delivering customer value is far more important than assuring developers that a Kinect is available.

Solution #2: Bring back the subsidized version of the console, but price it at $399.

Complaint: The Xbox One requires an “always on” Internet connection in which your primary console can only be offline for 24 hours at a time. Offline gaming is not possible after these prescribed times until you re-establish a connection, including single-player gaming.

Background: In January, I was told that the Xbox One “must be internet connected to use.” Before the price was announced, this was the most controversial aspect to the Xbox One, but it’s still a major issue.

Microsoft’s explanation: According to Microsoft, Xbox One is a modern console that needs to be “ready and connected” at all times. To that end, when the console is “off,” it is actually in a Connected Standby mode during which it can check for system and game updates and, when available, download and install them in the background. This way, when you next use the console, it can be used immediately. Additionally, this capability lets the console ensure that your purchased games library is still valid, since this information is stored in the cloud; this allows you to access this library from other Xbox One consoles, on the fly. It is also helping Microsoft enable same-day electronic game purchase. Finally, Microsoft notes that you can still watch live TV and enjoy Blu-ray and DVD movies without an Internet connection.

My take: The “always on” Internet connection requirement is indeed too Draconian.

Solution: This issue could easily be fixed by allowing an offline usage model in which the physical presence of a game disc could serve (as it does today) to “prove” to the console that you own the title. During this offline period, you could then play single player games normally.

Complaint: With the Xbox One, Microsoft is eliminating or at least harming the market for used games, including games that people loan to friends. There are concerns about game rentals as well.

Background: As you may know, game players can trade and giveaway games with friends, and sell and purchase used video games at places like Gamestop. (The store pays a minimum amount for the used game and then resells it as expensively as possible.) With the Xbox One, Microsoft is still allowing both of these activities, but with restrictions. You can give an Xbox One game to a friend, at no charge, but you can only do with people who have been on your friends list for at least 30 days; each game can only be given once. For trade-ins, Microsoft is of course allows users to trade-in used games and will not charge a fee of any kind. But “third party publishers may opt in or out of supporting game resale and may set up business terms or transfer fees with retailers.” So it’s possible that some games won’t be able to be traded in or sold used.

Microsoft’s explanation: The limitations noted above are tied to some huge benefits coming to Xbox One: You can now buy games electronically on the day that they are made available in disc form at retail, Xbox One will not require you to keep the game disc in the console to play the game but will instead play it entirely off the hard drive, anyone who uses your Xbox One console with their own Microsoft account will be able to play your games too, and you can share your cloud-based games library with up to ten family members.

My take: Taken in context with Microsoft’s other cloud-based moves (Windows Phone, Office 365, and so on), it’s likely that users will migrate almost entirely to electronically-purchased games over the lifetime of the Xbox One: These games can be shared as noted above, but not resold. But Microsoft is offering users a choice, with both disc and electronic distribution options. So the central issue, as I see it, is the weird DRM-based limits on game disc sharing, trading, and selling.

Solution: Microsoft should not allow third-party game publishers to prevent game resale or establish their own transfer fees with retailers, that’s chaos.

Complaint: With the Xbox One, the Kinect motion sensor is no longer optional, and there are privacy concerns about a camera-based device in the living room that is always on.

Background: The Xbox One console includes Kinect and, to my knowledge, this accessory must be connected for the device to work. Microsoft has told developers they can expect Kinect to be available and has advised them (perhaps required them) to make Kinect-based interactions (voice, gesture) part of whatever apps or games they create for Xbox One.

Microsoft’s explanation: Microsoft has explained the privacy implications of Kinect, noting that the user controls privacy settings, Kinect sensing and their personal data.

My take: The only issues I have with the Kinect is that it’s required.

Solution: Microsoft should sell a version of Xbox One that does not include Kinect and costs $399. It will outsell the other version 10-to-1, I bet. (I get why Microsoft doesn’t want to do this. I don’t care.)

Complaint: As with the Xbox 360, Microsoft will require an Xbox Live Gold subscription, at a cost of $60 per year, to use the best Xbox One features.

Background: This is an historical issue now, and has always been an issue. You can’t use apps like Netflix, Hulu Plus, or HBO GO—each of which comes with its own subscription fee—without also paying the Xbox Live Gold vig to Microsoft.

Microsoft’s explanation: As with the price of the console, Microsoft argues that Xbox Live Gold offers users significant value, and even more so now with the shared family capabilities in Xbox One.

My take: Microsoft should not be charging its best customers another $60 per year for Xbox Live Gold. This subscription fee should not even exist, not today, and not with the Xbox One.

Solution: If Microsoft can’t lower the price of its console, it should eliminate the Xbox Live Gold subscription fee. It’s an embarrassment.

So, I know there are more complaints out there, but those are the five biggest ones. And I think by being constructive that it’s possible that Microsoft may actually do the right thing. Let me know what you think, especially if you believe I’ve not addressed something important.