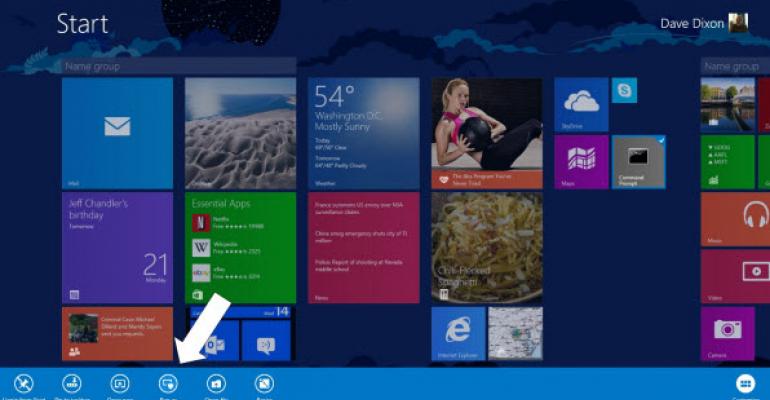 Fix for Windows Store App Not Loading After Windows 8.1 Upgrade

As more issues and annoyances start to emerge for folks who upgraded to Windows 8.1 shortly after it was made publicly available, there's a growing number of Microsoft employees taking to the blog wires to help customers with known issues.

One of the more frequently reported issues after the Windows 8.1 upgrade is that the Windows Store will no longer load. Instead, opening the Windows Store app will result in a stuck screen where the modern progress indicator just keeps spinning non-stop.

Some have suggested running the WSreset.exe tool or to manual clear cache from the Windows\SoftwareDistribution/Download folder to clear up the problem. However, my good friend, Dave Dixon gives a better solution.

Dave suggests that the Windows Store app simply needs to be reregistered with the operating system after the Windows 8.1 upgrade, and he shows how to do it here in this blog post:

The solution involves opening a command prompt in administrator mode and running a PowerShell command.

Dave doesn't blog much (it's actually his first-ever Microsoft blog article), so drop him a comment and let him know he should keep it up, particularly when his posts are this useful.