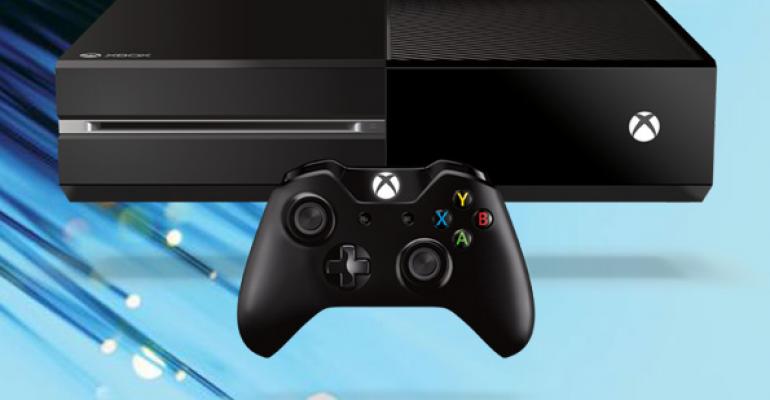 Yep, the rumors were true

In the buildup to the Xbox One reveal, one rumor stood out among all others: The Xbox One, it was rumored, would require an “always on” Internet connection. This week, Microsoft finally confirmed this rumor, and explains what it means.

For me, this is one of those weird “hunter becomes the hunted” stories where I was able to confirm early rumors that the next Xbox would require an always-on Internet connection. In January, a key trusted source told me that this coming console “must be internet connected to use.” And when I wrote about that on Twitter, I was quoted in literally hundreds of news articles and blog posts. (Notably, not one of those people, no matter how allegedly credible, ever contacted me for more information.)

At the Xbox reveal in May, on which I based my Xbox One Preview, Microsoft never really mentioned the “always on” thing. But this week, the firm came clean in a post to the suddenly verbose Xbox Wire blog. Here’s what’s happening.

It’s a modern console. The Xbox One is a modern console, not a device from the 1990s, and as such it will be “ready and connected” at all times so that it can deliver on its stated design goals.

A broadband Internet connection is both expected and required. Microsoft says that “every Xbox One owner [will have] a broadband connection” and that this connection will power a new generation of cloud-based games that include “massive, persistent worlds that evolve even when you’re not playing.” The firm recommends a 1.5 Mbps connection or better. It will even support mobile broadband (!), which is pretty incredible.

Always on. Here’s where Microsoft addresses “always on” head-on, so to speak: “While a persistent connection is not required, Xbox One is designed to verify if system, application or game updates are needed and to see if you have acquired new games, or resold, traded in, or given your game to a friend,” the firm notes. “Games that are designed to take advantage of the cloud may require a connection.” More explicitly, Microsoft says that Xbox One lets you “game offline for up to 24 hours on your primary console, or one hour if you are logged on to a separate console accessing your library. Offline gaming is not possible after these prescribed times until you re-establish a connection.”

Live TV and optical disc movies are not always on. You can still watch live TV and enjoy Blu-ray and DVD movies without an Internet connection.

Always ready. Because it is based on a Windows 8 core, the Xbox One will run in a low-powered, connected state (called Connected Standby) in which the system, even when “off” is actually maintaining a “heartbeat” connection with the Internet, looking for system and game updates and downloading and installing them in the background. “This means your system, games and apps are always current and ready to play—no more waiting for updates,” Microsoft notes.

No disc required. Yes, you can still buy physical optical discs in a physical store. But unlike with the Xbox 360, the Xbox One will automatically install the game to the console’s hard drive the first time you insert the disc and then, most crucially, it will no longer require you to have the disc in the device to play going forward. “A digital copy of your game is stored on your console and in the cloud,” Microsoft notes.  “So, for example, while you are logged in at your friend’s house, you can play your games.” In other words, the game purchase is tied to your Microsoft account.

Digital game purchases. Amazingly—and, yes, this was unexpected—Microsoft will let gamers purchase games in-store (physically, on disc) or electronically (online) on the day of release. That is a major change from the Xbox 360.

Given the freak outs before the Xbox One reveal, I’m guessing this information won’t satisfy some hard core (and yet curiously offline) gamers. But I think it makes plenty of sense.