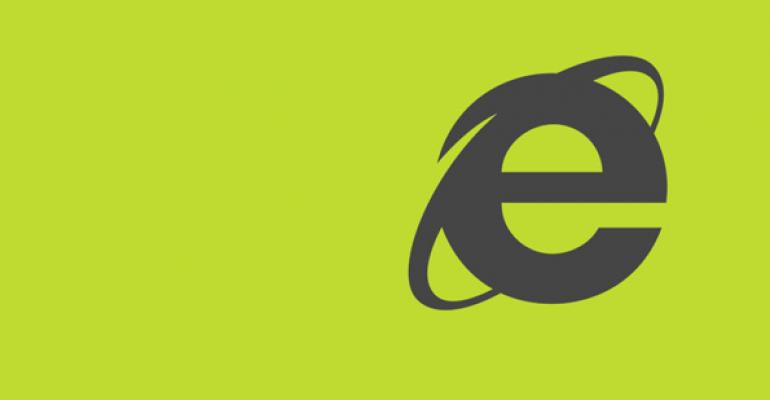 With the final release of Windows 8.1 and Internet Explorer 11 bearing down on us, Microsoft today delivered a new pre-release milestone of its next browser for Windows 7 users. Dubbed the IE 11 Release Preview for Windows 7, this release delivers performance improvements, web standards support updates, and developer tools improvements.

"With IE11 on Windows 7, customers receive a fast, secure browser that is compatible with existing web sites and delivers exciting new interactive web experiences," a new post to the IEBlog reads. "For developers, IE11 supports the latest web standards and technologies, making it easier to build sites that work across devices. The new F12 tools in IE11 enable developers to build high performance web experiences, faster and more efficiently."

Microsoft points out the following key changes in the IE 11 for Windows 7 release preview.

Faster web experience. The IE11 Release Preview for Windows 7 includes additional performance tuning so that real-world sites download and display fast and are highly responsive and interactive, Microsoft says. On Windows 7, IE11 Release Preview is 9% faster than IE10, which is a 5% improvement from the IE11 Developer Preview, and over 30% faster than the nearest competitive browser.

Better web standards support. IE11 supports an un-prefixed version of the emerging Pointer Events standard, helping to enable sites that work equally well with mouse, keyboard, pen, and touch. It also adds new user controls for the Standard Delivery Profile for Closed Captioning, so users can customize how captions appear in the browser, even overriding the default styling provided by the video source, and the latest Tracking Preference Expression (DNT) draft: After installation, the IE11 Release Preview prompts the user set a default tracking preference that Internet Explorer will send to Web sites.

You can download this release from the Internet Explorer 11 Release Preview web site. No word yet on the final release, but given the timing, certainly by the end of the year, and I'm guessing within 30 days of the general availability of Windows 8.1.