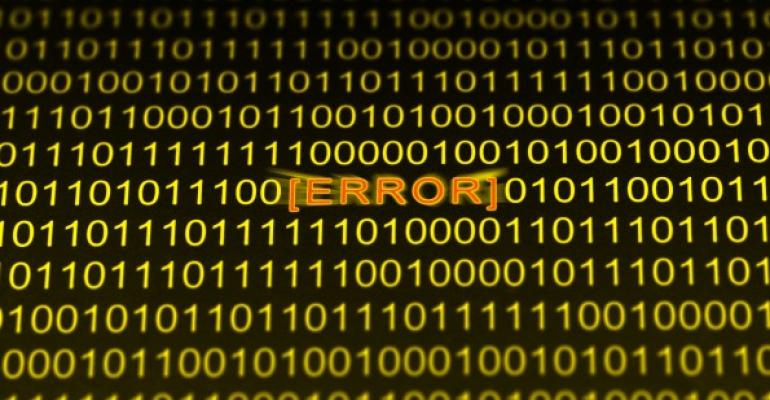 Recently, I upgraded a machine from Windows XP to Windows Vista, then from Vista to Windows 7. After I logged on to the Windows 7 machine, I received a pop-up that stated: Could not reconnect all network drives. Click here to check the status of your network drives. However, when I clicked the link, there were no drives or other devices with red X's to investigate.

When I did a little research, I found out that this pop-up window is supposed to appear when drive mappings to network file shares are currently unavailable or when there are common share permission problems. However, for some people, the pop-up appears even though the machine is online, has no networking problems, and permissions are correct. And for other people, including myself, the pop-up appears even when there are no mapped drives.

As you can see, there are two subkeys. Both reference PrintServer01, which is a D-Link DP-300U network print server device with two parallel ports—P1 and P2—which I have connected to two printers. The printers' properties show that P1 and P2 are standard TCP/IP Line Print Remote (LPR) ports, each of which has a single IP address.

I decided to see whether Windows 7 is somehow interpreting the print server ports as mapped drives. So, I performed the following steps:

These results show that Windows 7 is interpreting the print server ports as mapped drives. I don't think that this is Microsoft's intent. This feels like a bug to me.

Related Microsoft Article: Could not reconnect all network drives