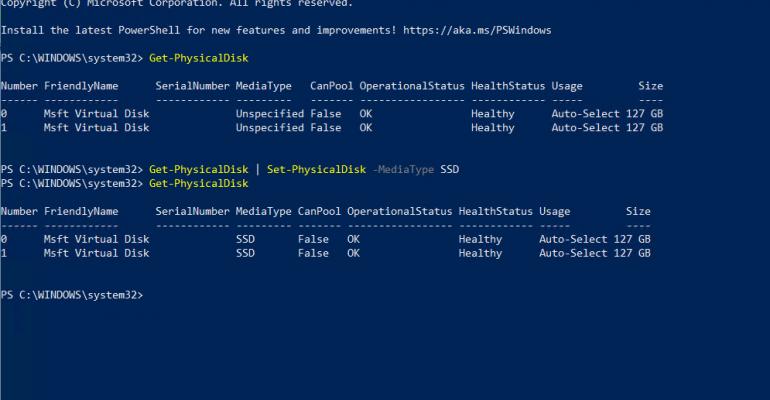 Users must have an SSD to install Amazon App Store on Windows 11. But what do you do when Windows fails to recognize your SSD? Learn how to fix this Window 11 SSD issue.

A big thing that sets Windows 11 apart from Windows 10 is its ability to natively run Android apps. This capability, mentioned when Microsoft first announced Windows 11, has only recently been made available.

While having the ability to run Android apps on a Windows machine is certainly a welcome improvement, certain things about it have surprised a lot of people. For example, the Android applications must come from the Amazon App Store, not Google Play. This limits the number of Android applications that are available to Windows users.

While this may seem like the sort of thing that users can safely ignore, it isn’t. The Amazon App Store performs a hardware check. You can’t install the App Store unless your system meets the requirements, including the requirement for an SSD. Out of curiosity, I tried to install Amazon App Store on a machine that was equipped with a hard disk drive (HDD) and was prevented from doing so.

Interestingly, it’s also possible for the Amazon App Store to block access due to the absence of an SSD even when an SSD is present. This happens because the App Store looks to the MediaType attribute associated with a physical storage device to determine what type of storage the PC has. Normally, this attribute will indicate that the PC has either an HDD or an SSD. However, I have seen situations in which Windows incorrectly identifies the media type. Incidentally, it’s been several years so Microsoft may have fixed the problem.

So, this raises the question of what you can do if Windows 11 is not seeing the SSD that is installed in your system.

In some cases, you can use PowerShell to directly manipulate the media type attribute.

How to Change the Media Type Attribute

Let’s look at how to alter the media type attributes in Windows 11. Incidentally, this technique also works with other Windows versions.

Windows will display all the physical disks in the machine. PowerShell will list several attributes, including the disk number, the disk’s friendly name, a serial number if applicable, the media type, and the disk size. Pay attention to the media type column -- it indicates what type of storage Windows thinks is installed in the system.

Assuming the media type is either incorrect or unspecified, you can change it by typing in the following PowerShell command:

In the screen capture below, you can see that I have successfully changed the media type for the system’s disks from Unspecified to SSD. 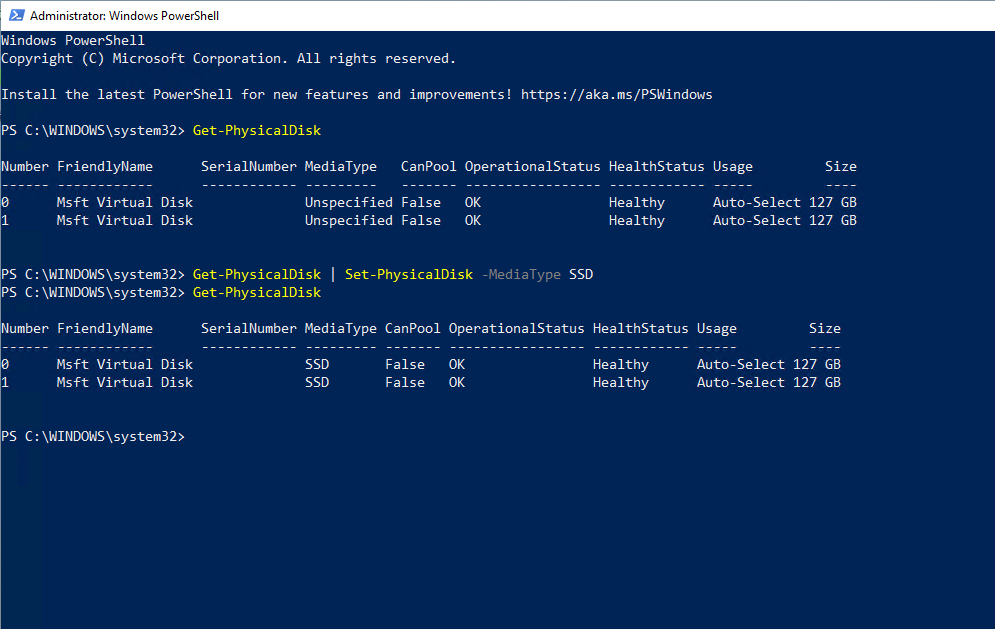 I have used PowerShell to change the disk’s media type from Unspecified to SSD.

Before you try this PowerShell technique yourself, I want to share something I noticed yesterday while experimenting with a Windows 11 virtual machine. Learning about this may save you a bit of frustration.

Using the technique that I showed you above, I had manipulated the media type so that Windows would recognize that it was running on SSD storage. After I did this, I ended up disabling Microsoft Hyper-V on the virtual machine. (The virtual machine had originally been configured for nested virtualization, but I no longer needed that capability, so I removed Hyper-V.)

I have no idea why this happened. However, when I removed Hyper-V, Windows reset the media type attributes, undoing what I had done previously.