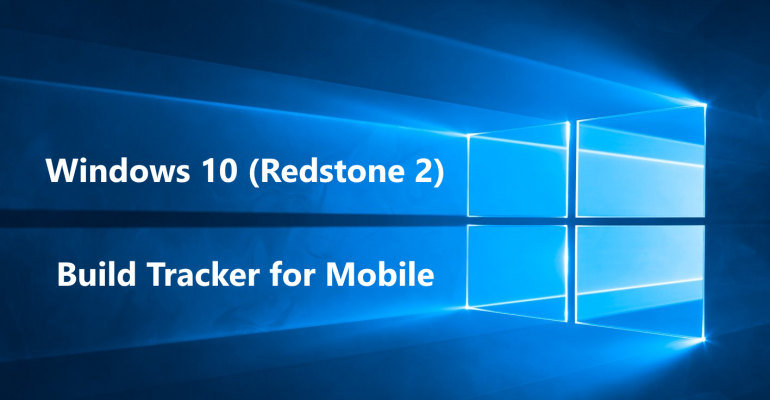 This page will track all of the Redstone 2 Development Branch builds for Mobile devices that Microsoft ships to testers in the Windows Insider Program.

Redstone 2, the code name for the next major update to Windows 10, is expected to be released sometime in early 2017.

The builds will be listed in this tracker from newest to oldest and all you need to do is click through the gallery images to see information about each released build including how many days it has been since the last build release for Redstone 2.