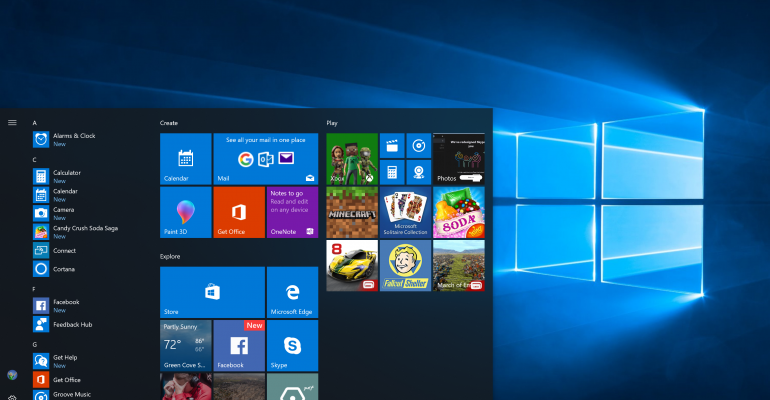 Microsoft has released their fourth feature update for Windows 10 and this article focuses in on the enhancements that have been made to the operating system itself and the specifications needed to run it and mixed reality hardware.

In this part of our Windows 10 Fall Creators Update coverage we will cover system specifications for the update and the included mixed reality components. In addition, we will highlight different areas of the user interface that have been updated in this release and share what features have been deprecated in the feature update.

You can test your system specs with the Windows Mixed Reality PC Check App from the Microsoft Store.

Every feature update to Windows 10 has a collection of changes that are made to the OS's user interface to make items more accessible, better communicate their purpose, or to add functionality.

Here is a summary for some of those key items in the Windows 10 user interface that are part of the Fall Creators Update:

You are also going to be seeing a lot of Fluent Design elements across the OS and apps as that influence continues to take hold in the design ecosystem.

In each new update to Windows 10 Microsoft will mark certain features for removal and others as deprecated. Items marked as removed are gone from this update and those tagged as deprecated remain as part of the update but are no longer under active development and might be removed in a future update.

Here are those removed/deprecated features for the Fall Creators Update.