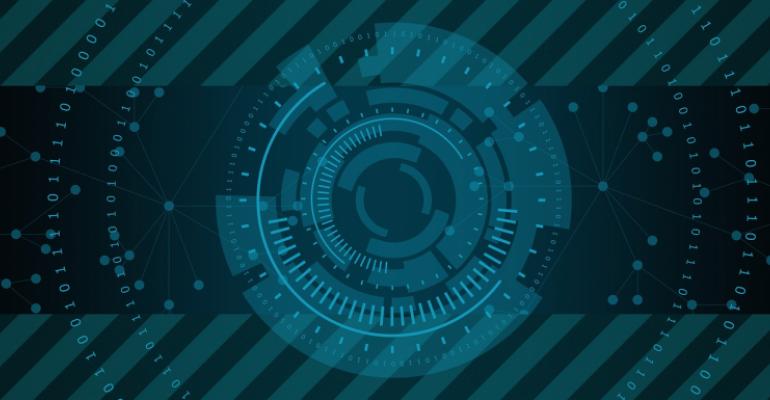 By focusing on one or two big-ticket features, rather than general improvements across the operating system, Microsoft is making these feature update migrations more manageable for customers.

The spring Windows 10 feature update – the fifth since the operating system’s debut three years ago – is finally available to the general public. It has been in development since July 2017 and there have been 27 public development builds released to testers over that nearly nine-month period.

There was another interesting change with this feature update compared to its predecessors: Microsoft never formally named this feature update. Instead, they have chosen to simply call it the Windows 10 April 2018 Update. It will also be known under its official name of Windows 10 Version 1803 (OS Build 17134.1).

Going back to what I mentioned earlier, this low-key approach to feature updates could be a new trend for Microsoft. If they mute the bells and whistles, it just might seem more like a routine update instead of a major update.  That is the goal of Windows as a Service (WaaS) – routine incremental updates instead of major shuffles every three years.

If I were providing suggestions for naming this feature update, then I would recommend calling it the Productivity Update. The key additional features in this package of updates really can help users be more productive. This release makes significant changes in how users access the data across the ecosystem of Windows 10-based devices.

Let’s dive into the most significant new features and tweaks in this release. Every feature update over the last 18 months or so has had some focus on privacy. The Windows 10 April 2018 Update continues the process of expanding privacy controls that help end users control all privacy aspects of Windows 10.

There are two big developments. First, there’s new UI for the list of privacy controls at Windows Settings > Privacy that separates options into two groups - Windows Permissions and App Permissions. Second, there is a new Diagnostics Data Viewer. This gives users a look at what computing and usage data is being sent back to Microsoft. This option is off by default, but if you want to look at the data being shared back to Microsoft just go to Windows Settings > Privacy > Diagnostics & Feedback. Scroll down the page to Diagnostics data viewer and toggle that option to On.

Next, select the button labeled Diagnostic Data Viewer to go into the Microsoft Store and download the app. Once the app is installed close the Store and return to the settings app and once again select the Diagnostics Data Viewer button to open the app. Everything in the app is searchable and broken out into different categories and has explanations of the purpose of the data even if that data can be difficult to interpret.

However, looking through these collections you can get an idea of what the data is and what part of the OS it came from. However, the next step in this apps evolution should be to clean things up into a human-readable form for easier understanding of what is being shared back to Microsoft.

It is certainly a move forward but needs some follow up. This feature has been in the Enterprise version of Windows 10, but never for Windows 10 Pro users. That changes with this update.

WDAG uses Hyper-V virtualization so your device must support that technology. If it does, activating WDAG on Windows 10 Pro will provide security and protection from common web-based attacks. The feature can be activated through the Windows Features applet on Windows 10 or through Group Policy by system administrators.

WDAG browser windows are opened in a virtual environment that becomes a sandbox for the sites you visit. Any sites which might contain malware or other threats would not be able to move beyond that virtual space. In turn, that means no infections on your system.

If you work in a field that requires visiting untrusted websites as part of your daily work, then you will want to activate WDAG on supported systems.

Note: The first time you open an WDAG window it takes a little time for it to become ready, but subsequent openings are quite fast.

Microsoft surprised a lot of people when they revealed the addition of a Linux subsystem to the Windows 10 operating system. WSL was first made available in the Fall Creators Update, but the April 2018 Update delivers a lot of new features.

There is also now an ability to create a custom Linux distro for WSL so you are not limited to the distros included in the Microsoft Store on Windows 10.

Microsoft Edge Developer Tools (F12) Side by Side While this may seem like a minor change, many web developers will see this as an enhancement to their use of the Microsoft Edge F12 Developer Tools.

For the first time, the developer tools can be docked to the right side of the screen for a side by side working environment. The default layout is for the F12 tools to be displayed below the web page being displayed.

This now provides a new level of flexibility as web devs take on their daily troubleshooting and development tasks.

According to Microsoft, a future update will improve the flow of these F12 tools in the new configuration.

No Passwords on Windows 10 S Microsoft has made a lot of movement in the password business with the introduction of Windows Hello and its biometrics capabilities. Identification via your unique facial scan or fingerprints is a very secure method of controlling your system level access.

In the Window 10 April 2018 Update, they have introduced one more method of going without a password.

During the Out of the Box Experience (OOBE) for Windows 10 S, you can now set up access to that device using the Microsoft Authenticator app. Then, when you need to log into that Windows 10 S-based device, you just validate with the Authenticator app using your established identity. In the Windows Settings app what used to be listed as the settings for Windows Defender is now Windows Security.

The list of options to help set and monitor security options on your device are still listed here, along with a link to open what is now called the Windows 10 Defender Security Center. This app still provides a one glance look at your system's security status and alerts you with yellow or red icons if something security related needs your attention.

Otherwise, functionality continues to be the same.

Other areas of improvements that impact IT Pros and System Admin in the Windows 10 April 2018 Update include:

- Group Policies to manage bandwidth and timing of foreground and background traffic
- Ultimate Performance Power Scheme for Windows 10 Pro for Workstations
- PC’s scanning, downloading, and installing software and patches from Windows Update which are on power will be prevented from sleeping for up to 2 hours. This will help to ensure the update is successfully downloaded and prevent errors with incomplete downloads.
- Enterprise customers can run custom actions during future feature updates alongside of setup. Options are available for pre-install, pre-commit, run (Migrate), and Run (Do Not Migrate). Options to run post rollback scripts are also available for use.

What This Means For the Future

Microsoft is entering a more low-key approach to these feature updates. By focusing on one or two big ticket features and then general improvements across the operating system, they are making these feature update migrations more manageable for customers.

As IT Pros and System Admins, you have likely already started your migration to Windows 10 or should be well into the planning stages for that shift. Windows 7 has just 21 months of extended support left in its official lifecycle so that means your migrations are critical to your company’s success on many levels.

Last month I interviewed Microsoft’s Craig Dewar about the company’s view of the migration. He confirmed that companies are picking up the pace for those migrations. The rough count is that one commercial upgrade happens every second and that timeframe is getting shorter each day.

Microsoft has also recognized, thanks to feedback from their partners, that the 18-month support cycle for each feature update of Windows 10 is very small for most enterprise/business customers. That is why the company extended those deadlines to 24 months for all supported feature updates to Windows 10.

This understanding of how important it is to help companies be successful in their migrations and shifts between feature updates, led me to speculate that the Redmond company might just drop to one feature update per year instead of two. Now that there is new leadership for Windows after the recent major reorg, that might be closer to reality than we think.