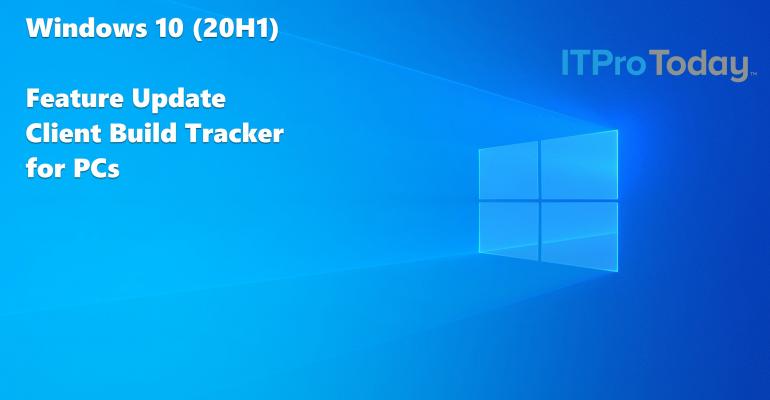 Start Slideshow ›
We track the history of the development builds released for the 20H1 feature update for Windows 10 which is scheduled for release in the March/April 2020 time frame.

The first feature update expected in the first half of 2020 will be developed under the code name 20H1. While we do not know what major feature updates will be included as part of this development cycle for Windows 10, we do know that Microsoft is getting out ahead of its development much earlier than normal.

Microsoft develops feature updates for Windows 10 using a series of rings to test each build with various testers, commonly referred to as Windows Insiders.

Each ring has varying levels of risk concerning potential bugs or system instabilities that the testers could experience. This three ringed process consists of the Slow, Fast, and Skip Ahead Rings.

For the first time in the more than three years of developing Windows 10, Microsoft is using the Skip Ahead ring to actually skip ahead to the feature update (20H1) after the next feature update (19H2).

Note: Microsoft has indicated that builds for the 19H2 feature update, expected later this year, will begin shortly after the current 19H1 feature update is nearly complete. Of course, we will have  tracker available once those builds start becoming available publicly to testers.

There is often no indication that a build will be released until it is announced by the Windows Insider team and there is no schedule for when these builds will be flighted, Microsoft's process of evaluating a build for public release, but weekly releases are the norm in most circumstances.