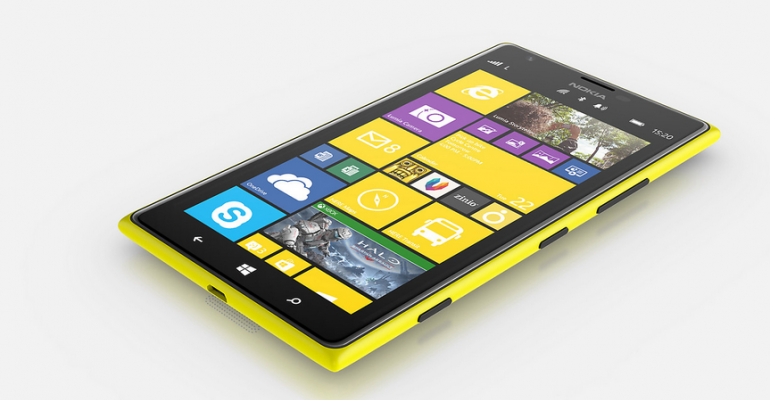 Trying out Windows 10 for phones on the Nokia Lumia 1520

Everyone who uses or keeps an eye on the Windows Phone world knows that Microsoft released the first technical preview of Windows 10 on phones last week.

Leading up to this release Microsoft had not released a specific list of which phones would get the Windows 10 for phones technical preview and their message always seemed to be centered on a certain subset of phones getting this initial release.  The only specific mention of phones that would definitely be included on the phone preview at some point was the 512MB variety.

So when Microsoft made the preview build available last week for Windows Phones there was quite the reaction on social media when it was revealed that only lower end Nokia Lumia’s would be included in this initial build for phones.

Many who owned the higher end devices figured their phones would be included because they would certainly have the specs to run the preview without any issues.

It turns out this was probably true but there was another issue lurking off in the background that was a larger concern for Microsoft relating to these high end phones and the upgrade process:

Some context on why we chose these and not higher end phones like the 930/Icon or 1520: We have a feature that will be coming soon called “partition stitching” which will allow us to adjust the OS partition dynamically to create room for the install process to be able to update the OS in-place. Until this comes in, we needed devices which were configured by mobile operators with sufficiently sized OS partitions to allow the in-place upgrade, and many of the bigger phones have very tight OS partitions. Note that this doesn’t mean that Windows 10 will take more disk space than Windows Phone 8.1, it’s just a function of the upgrade process at this point. Once the partition stitching feature is completed, many more devices will be supported.

So despite the angst about the preview not being available for these high end phones Microsoft did have our best interest in mind in limiting this release. They also let us clearly know that they were working on a resolution to this issue so these phones could get the preview eventually.

Now many would agree that they could have done this better and not at the same time they released the preview but I am pretty sure the uproar still would have happened. However, managing expectations for your most vocal and passionate constituents might have lessened it. Anyway, that is for an entirely different discussion.

So as an enthusiastic group of users tend to do some went in search of a means to get the Windows 10 for phones technical preview on their currently unsupported handsets. That method surfaced over the weekend and it was reported on by Neowin Sunday morning and there is a lengthy discussion which is now over 20 pages long in that thread at the XDA Developer site.

Of course many have asked Gabe Aul, the Windows Insider Ring Master, about using this hack and he has responded appropriately and cautioned against using the unproven process as it could brick the users Windows Phone handset. That response should not be a surprise to anyone.

However, if a Windows Phone user really wants to try the Windows 10 for phones technical preview on their Lumia Icon, Nokia Lumia 930 or 1520 then they are probably going to do it.

So for the sake of sharing the experience with all of you I tried this XDA method yesterday with mixed results on my Nokia Lumia 1520.

I did not initially reset my 1520 and simply followed the XDA method steps and managed to get the phone recognized as a Nokia Lumia 635 and actually download the Windows 10 for phones update to my handset. That was the end of the successes though because each time I tried the install it would go through the downloading and preparing for install process and then after a reboot the familiar gears would begin turning on the phones screen. After about three minutes or so the phone would reboot once again and indicate an error with the update and to try again. Try again I did but it failed each and every time.

So my next step was to just reset the phone from the About page and see if that helped but unfortunately, I had the same results as noted above so I took the next logical step and used the new Windows Phone Recovery Tool to restore the factory image to the phone.  Once this was complete I did a very basic setup on the phone with my Microsoft Account but did not do a restore from a past backup.

I then tried the steps of the XDA method again from scratch and was once again successful in the process. Since I had to use the factory image there was a Windows Phone 8.1 related update that had to install first then I was able to access the Windows 10 for phones technical preview build.

This time I found success and was able to install Windows 10 to my Nokia Lumia 1520. Another reason to not tackle this process is if you lack patience because at this point I had 5-6 hours of my Sunday invested in this experimentation.

So I did a reset of the device after the Windows 10 install was complete and did a normal restoral from a backup of my 1520. This worked as expected and started the process of configuring my phone and downloading my apps.

I poked around in the new OS preview for a while and explored the many new areas that you all have seen the images of over the last four days and I am excited about what is coming with this OS on the phone.  I did experience some lag with my 1520 despite it being a quad core processor with 2GB of RAM however, I chalk that up to it being a preview release and not what we should expect from the OS’s performance in the future.  There is a lot to be excited about having Windows 10 on our phones.

For me though this is the end of my Nokia Lumia 1520 experiment with the Windows 10 for phones technical preview and I am in the process of restoring my phone to Windows Phone 8.1. I depend upon this phone for my work and cannot afford to not have it working as needed.  Another reason the preview does not work for me is the fact I am unable to pair my Microsoft Band with this build.

I will be receiving a Nokia Lumia 830 later today thank to the folks at Microsoft so that I can get the Windows 10 for phones preview running and you can expect to hear more from me about that experience and the OS itself.

So ultimately your process with this XDA method may be very different to mine and it is of course at your own risk. Have a backup and make sure you are prepared mentally for the worst case scenario, a bricked phone, because there is no guarantees when it comes to hacks like this.

Stay safe and be careful out there.