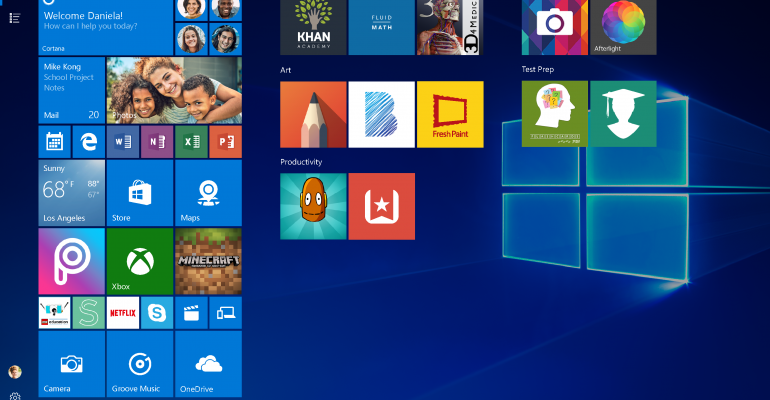 There are less than two years left before Windows 7 loses lifecycle support. Here's how you can begin planning for the inevitable upgrade of Windows 7 to Windows 10.

In less than two years, Microsoft will cease supporting its Windows 7 operating system. If a company has not started planning its migration process to Windows 10 now, it will soon be putting itself in a position where its IT infrastructure is both insecure and unsupported.

When it comes to migrating hundreds or thousands of computers, this is not a process that happens overnight. Any attempt to do this at the last minute in 2019 would have a seriously detrimental impact on your company’s productivity and bottom line.

I recently spoke with Ami Casto, a Technical Evangelist for Adaptiva and an IT/DevConnections panelist, about the key areas organizations should be aware of as they plan their upgrade of Windows 7 to Windows 10.

“I think the biggest concern is around the whole idea of Windows as a Service” Casto told me and she added, “I still don’t think companies understand it and there is a lot of misinformation around it along with some distrust too.”

So how do you combat the mistrust and misinformation? These resources from Microsoft will provide an understanding of the concepts behind WaaS:

- Quick Guide to Windows as a Service

- Overview of Windows as a Service

- Adopting Windows as a Service at Microsoft

Tip #2: Understand the Support Timelines and Limitations of Windows and Office

Casto said companies need to know when support ends for key software -- such as the January 2020 expiration of support for Windows 7 -- and how those support expiration dates impact migration plans. It also helps to understand which operating systems the tools will work with.

For example, the next and final perpetual version of the company’s flagship productivity suite, Office 2019, will only be compatible with Windows 10. We learned last year at Ignite 2017 that Microsoft would release this final standalone version of Office in late 2018 to support those customers who do not want to make the move to the subscription-based Office 365. However, Office 2019 will mean that companies which still want a standalone Office suite will have to make the move to Windows 10. In other words, those companies will need to plan for both an operating system migration and an office suite migration.

Last week, although not confirmed as a permanent change, the Redmond company added six months of support to Windows 10 for their enterprise and education customers so that they now have 24 months instead of just 18 to move between feature updates to the OS.

The last item on Casto’s list was BIOS and driver management for the existing hardware in a company’s inventory: “Companies aren’t quite understanding [driver management], but it is an area that they have never really fully understood.”

Companies need to asses the hardware that is in use by researching those systems on the manufacturers' support websites. If your company has a support contract for your computer systems, then you may already be eligible for hardware upgrades as part of that contract. In fact, those upgrades might already include Windows 10, so it's worth any IT pro's time to review their support contracts and see how hardware support and upgrades are handled during an operating system upgrade.

If some of your existing hardware is not covered by a support contract, then you'll want to evaluate those systems with the OEM to verify their compatibility with Windows 10. If they are not, then that means a capital investment will be needed to get those devices up and running Windows 10 ahead of the January 2020 expiration of support for Windows 7.

Another area that is important to review is any Line of Business apps you are using and test their compatibility with Windows 10. If they are not compatible, then the process of upgrading those apps needs to begin first so that they are ready before critical devices get upgraded to Windows 10.

The Takeaway: Training and Preparation Will Get You Through

Casto says the first step for implementing any of the above tips before migrating from Windows 7 to Windows 10 is to do training: “I think companies need to be willing to get their IT staff the training necessary so that they are prepared to handle life in this new world.”

This means an investment of money and time -- which can both be in short supply for many companies these days. However, if the time is available, IT personnel can take advantage of some of the training that is provided for free from the Microsoft Virtual Academy:

- Preparing Your Enterprise for Windows 10 as a Service

- Getting Started with Windows 10 for IT Professionals

- Windows 10 Features for a Mobile Workforce: Windows and Devices in the Enterprise

Whatever approach you take, it is time to get the process started because those approximately 700 days that remain for performing your upgrade of Windows 7 to Windows 10 are going to go by very quickly.