/sites/all/themes/penton_subtheme_itprotoday/images/logos/footer.png
Recent
Recent
To the Test: Extreme Hard Drive Disposal Methods
Jul 04, 2020
Solving the US Data Center Renewable Energy Puzzle
Jun 30, 2020
How the Pandemic Has Forced a New Normal in the Data Center
Jun 30, 2020
Open Source NAS Update: As Much about Development as Storage
Jun 30, 2020
FinOps Foundation Brings New Focus to Cloud Costs
Jun 30, 2020
Featured
Make Remote Working Work for the Enterprise
Oct 09, 2019
Windows 7 to 10 Migration Tools Buyer’s Guide
Jun 17, 2019
5 Key IT Skills for the New Decade
Jun 27, 2019
Is the DevOps Model Killing the Developer? In a Word, No
Jun 29, 2020
IT Resolutions for 2018
brought to you by 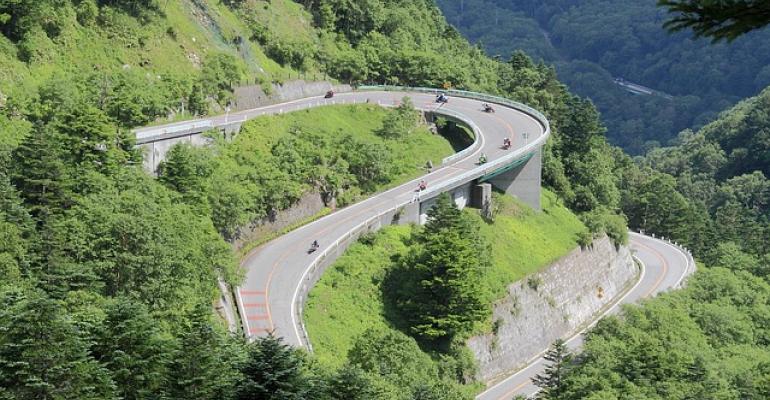 Microsoft has always planned to release two feature updates each year for their latest operating system. But should they keep updating Windows 10 at this pace or should they slow things down a bit? It's time to reconsider the pace in 2018.

Since the initial release of Windows 10, Microsoft has made four major feature updates available for their latest operating system. Each of those releases introduced new capabilities into the fledgling operating system that supported users on both consumer and enterprise levels.

The company and its team of Windows Insiders test these builds pretty extensively providing gigabytes of telemetry data and manual feedback items every day. As an enthusiast and someone who follows Microsoft closely, I enjoy having early access to these new features, and I accept that the road to updating Windows 10 with new features is filled with curves. I manage that risk by running these pre-release builds on machines that I don't plan on using every day.

In addition to the semiannual feature updates for Windows 10, Microsoft also builds out new cumulative updates for the OS, which are released each month on Patch Tuesday. These updates do not add new features but are used to address security and performance issues as well as bugs that impact the functionality of Windows 10. Did I mention that Office 365, Windows Server and several other Microsoft products and services have adopted a similar approach to mimic the efforts around Windows 10?

So that is two major feature updates and 12 cumulative updates each calendar year to support Windows 10 under the auspices of Windows as a Service, aka WaaS, alongside of all the other software and services that are also updated monthly and twice a year. So you're staring down a minimum of 14 updates annually.

I believe it might just be time to tweak that approach – at least when it comes to updating Windows 10.

My suggestion: focus on one feature update each year to add new features and capabilities to the operating system and then use the other semiannual update to focus on improving performance and dealing with bugs. That cycle could also be used to improve the QA process to minimize the impact cumulative updates can have on the installed base.

Each feature update to Windows 10 is supported for approximately 18 months after its release, and it is quickly becoming apparent that companies are not cycling through each feature update once they are released. Many approaching this process are looking to only update at the very end of an 18-month support cycle. There are some that are even looking at deploying the Long Term Servicing Branch (LTSB) version of Windows 10 to avoid the heavier update cycle in the Semi-Annual Channel (SAC). Microsoft states that LTSB should not be deployed on production machines but that is not stopping companies from seriously considering this move to slow down the pace of feature updates around Windows 10.

So instead of fighting this hesitation from enterprise and business customers, Microsoft should embrace this approach and shift to one feature update each calendar year. This will still get new capabilities out into the operating system much faster than the three-year cycle of service packs that existed in previous versions of Windows and yet give organizations a more manageable update cycle.

Some elements of Windows 10 are already separated out into first-party apps like Mail, Calendar, Photos, Music, and the Microsoft Store. These could continue to be maintained and updated throughout the year separate from the feature update cycle and even have new features added into them since that is a smaller team doing the work.

(One item that would need to be brought into this same style of shipping updates is Microsoft Edge. Currently, the Edge browser only gets updated for the general Windows 10 user twice a year because of the browser's integration into the operating system. There are some smart folks working at Microsoft so I am sure they could figure out how to make this happen. In addition, it might just make Edge a little more competitive because it could gain new features at a faster pace.)

Shipping new features for Windows 10 once each year will open up the development cycle for these types of updates and allow more time for external testing with the Windows Insiders. Right now the four- to six-month development cycle between the current release time frames of March and September can get pretty tight, and that leads to some features slipping from release to release. The most recent example of external testing time being impacted was with the 28-day delay between Redstone 4 Builds 17043 and the recently released Build 17063, which introduced Timeline and Sets, among many other new features.

So to maximize the development and engineering methods that go toward updating Windows 10, I would suggest slotting the feature update for the fall of each year because there is less disruption in the schedule around big holidays leading up to September, and then put more folks behind the work to remedy bugs and performance issues in the monthly cumulative updates that are released.

This does not limit other products and services from shipping updates monthly or semiannually, but if this smooths out the bumps along the way to a feature release of Windows 10, then it might be worth some consideration in these other areas of Microsoft. After all, one feature that everyone from consumer to enterprise users would appreciate is increased stability and reliability in the Windows 10 operating system they use each day.