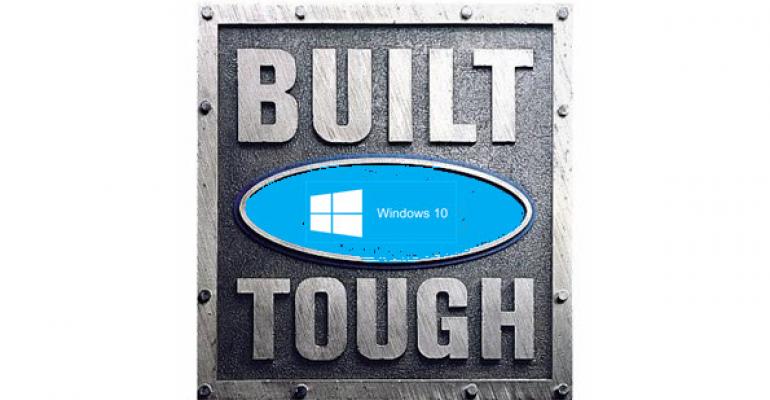 The Release It Now, Fix it Later Approach to Software and Hardware

Call it Agile development, call it early delivery with continuous improvement, but more often than not I call it bunk. I may be a minority in my thinking – but, hey, in our day and time, it’s the minority that seems to have the biggest seat at the table.

Maybe it’s my age. Maybe it’s because I remember when pride was the most desired result for creating consumer products like cars and refrigerators, but I’m not a big fan of the “release it now, fix it later” approach that seems to be driving OS, software, and hardware these days.

Windows 10 delivered to consumers in July 2015 with many bugs. To Microsoft’s credit, the company hasn’t rested as promised and Windows 10 has improved significantly since then, but the bugs were known and the improvements have been slow and incremental.

I’ve heard time and again the story about how any software product ever produced by Microsoft was released with bugs. And, most companies would delay adopting a product until Service Pack 1 became available. And, that’s true. As an IT person tasked with supporting thousands of users in my career, I’ve been privy some pretty monstrous bugs that we worked directly with Microsoft to identify and resolve together. But, these were bugs not known until the software hit a live environment. There are unknowns still today, but it’s the known bugs that are just a normal part of the release notes that is killing customer confidence. It’s almost like the fine print for prescription drugs describing potential side-effects. They work to solve the glaring problem but also “may cause explosive bowel movements and the inability to control them.”

Take, for another example, Microsoft’s latest Surface products, the Surface Pro 4 and the Surface Book. Overnight, Microsoft delivered yet another firmware update for the hardware – this time to hopefully (crossing fingers) and finally fix the one of the biggest customer complaints over sleep and power issues. The complaints over these have been deafening, yet Panos Panay, Microsoft's Corporate VP for Surface, describes it as energetic feedback on the Microsoft blog as part of the new firmware availability announcement:

…feedback from our customers is really important to the team and to me personally. I read the blogs, I read the comments, I read social media, I read the forums…and so does the team. We love the energy. We’re listening and channeling that feedback directly into our products. Today we’re releasing an update to continue to address that feedback.

I’ve listened to and watched Panos deliver his messaging several times in the past couple years, and was on hand in NYC for the Surface Book reveal in October 2015. Panos is a spectacular presenter. The reveal in NYC was awesome and breathtaking making me want to say “Here, Microsoft – just take my money now.”  But, as time has progressed and complaints have mounted, I look back now and the NYC launch feels more like a P.T. Barnum expose than a new laptop announcement. In the mid-19th century, David Hannum said "There's a sucker born every minute" in criticism of both P. T. Barnum and his customers. And, I can say, assuredly, that’s how many early adopters of the Surface Book have felt, many of which have attempted to get their Surface Book units replaced (unsuccessfully due to inventory shortages) or to just return them altogether because of the open-ended problems. To redirect strong complaint as energetic feedback, to me, is just more P.T Barnum fluff.

This firmware update, by the way, couldn’t come at a better time. Yesterday, Microsoft announced that the US Department of Defense has approved Surface devices for use and today we hear that the Surface Book is finally available for sale in the UK. Fixing the power issues might finally make the latest Surface line useable – if it doesn’t introduce other problems, which seems to be the case according to initial reports. Surface Book owners are reporting that, after installing the firmware, screen detaches and Windows Hello are still intermittently troublesome and the i7 version still has trackpad problems where mouse clicks sometimes won’t register if they are too far off-center. So, the Surface Book story is not quite over and the next year should be interesting considering the Department of Defense is combining an approval of Surface devices with an aggressive, 1-year Windows 10 upgrade project.

When did this whole release it now, fix it later approach get infused into normal products and who decided it was OK to shift it to hardware? Can you imagine this being applied to self-driving cars or pilotless airplanes?

Maybe I’m alone in this, or maybe I’m now old enough to remember better times (get off my lawn!), but I just sometimes get tired of playing the guinea pig. To be fair, Microsoft is not the only company attempting to create a recipe for success from the threshing room floor. But, it is a major actor in the spotlight. It remains to be seen if the new process will be a technological savior or just a modern day asbestos.

What’s your take? Would you like to see software and hardware deliver with minimal problems or are you fine with it as long as the known bugs are communicated in the fine print?