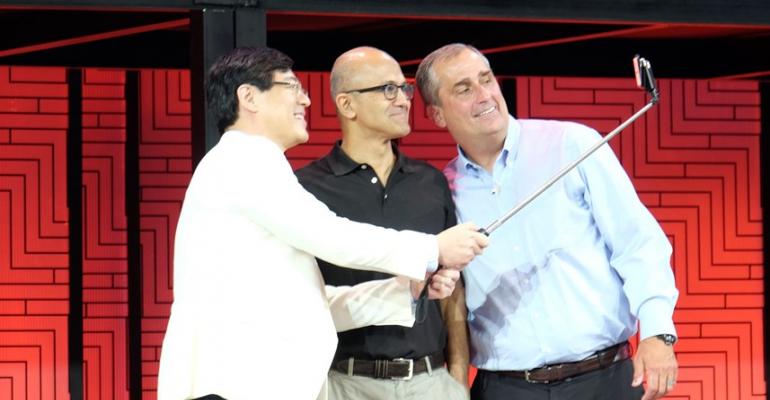 Reading between the lines: Windows 10’s big future in China

Last week I attended Lenovo TechWorld in Beijing as a guest of Lenovo. The event was notable because not only was there a strong focus on Windows 10, one of the keynote speakers was Microsoft’s Satya Nadella.

Last year in May we were greeted with headlines that China was banning Windows 8 on government computers. Here’s one from Reuters.

Now I haven’t seen any official notice about what the state of Windows 10 will be. But considering the following:

One doesn’t have to read too much between the lines to come to the conclusion that Lenovo expects Windows 10 not only to have a huge future globally, but a huge future in the local Chinese market. Why else would Lenovo get the CEO of Microsoft to make a substantial and meaningful contribution to their big home town event’s keynote?

Below: Lenovo's Yang Yuanqing ("YY"), Microsoft's Satya Nadella, and Intel's Brian Krzanich pose for a selfie during the Lenovo TechWorld Keynote in Beijing. 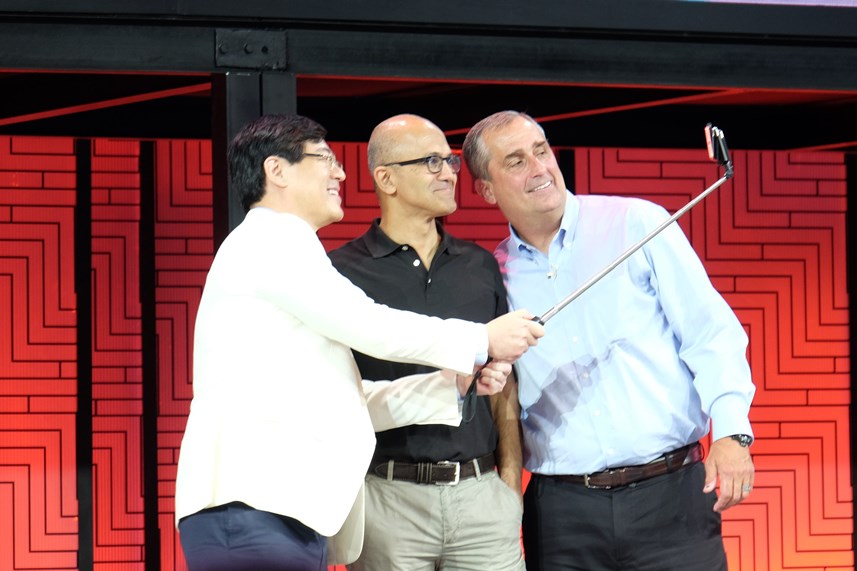