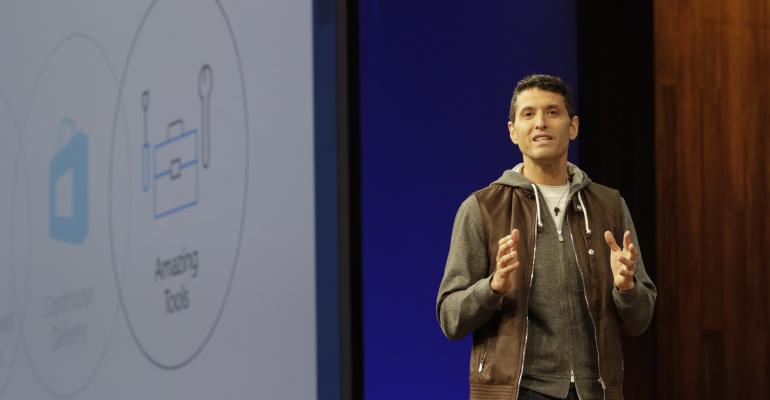 It is a common occurrence late in the Redmond company’s fiscal year, which ends on 30 June, to see details of a Microsoft reorg announced publicly. This year’s leadership changes have been triggered by the planned departure of 21-year Microsoft veteran Terry Myerson who has been leading the Windows business at Microsoft since 2013.

A significant shakeup happened today: Microsoft announced that Terry Myerson, Executive Vice President and leader of the Windows & Devices Group, will depart the company in the next few months to pursue his next chapter outside of Microsoft according to Satya Nadella.

Although the initial interpretation of this Microsoft reorg might be to say that Myerson is being pushed out, the company message both Nadella and Myerson are pushing to the public that this has has been in the works for a few months. Granted, it could still be that he is being dismissed from the job, albeit gracefully after his 21 years with the company, but bottom line is that the timing of his departure is being used as a catalyst for Nadella to continue shaping the company inline with his own vision.

The changes, shared by Nadella with the company via email earlier today, shows that job titles in the Windows and Cloud engineering groups are being modified to encompass this Microsoft reorg.

It begins with the Windows & Devices Group now being known as the Experiences and Devices Group with five key leaders of this team:

Panay, Belfiore, Tsunoda, and Anderson will all report to Jha within this organization.

Job title changes are also happening on the cloud and AI side of Microsoft’s business to include moving the core Windows platform team to a new spot on the organizational chart reporting to Scott Guthrie through the new Executive Vice President of Azure.

Since Windows is a core element of Azure in this reorg, the core Windows platform team will shift under Zander including its current leadership. The goal of this alignment will be to build out a unified distribution infrastructure and app model for Microsoft's various products and services. Roanne Sones, who is the technical lead for engaging OEMs, ODMs, and silicon vendors will also move to this team. This also means, that for the first time in a very long time, Windows no longer reports directly to the CEO as it did under Myerson.

The Business AI, Universal Store and Commerce Platform, AI Perception & Mixed Reality, AI Cognitive Services & Platform teams will all move into the Cloud and AI engineering group to continue Microsoft’s efforts to bring progress made in these areas into the overall Microsoft ecosystem.

Harry Shum will continue to lead Microsoft’s third engineering team of AI and Research. He and Microsoft President/Chief Legal Officer Brad Smith have formed a new committee called the AI and Ethics in Engineering and Research (AETHER). This committee will include senior leadership from across the company, many of whom have been mentioned above, so they can insure Microsoft works to proactively develop internal policies around AI and how to respond to related issues responsibly. The overall goal according to Nadella is to make sure that the company’s AI platform is well rooted in their core values and principles with the goal of creating benefits within society.

As you can see this shuffle and the creation of the AETHER committee reinforces Microsoft’s commitment to advancing the abilities within their products and services using AI and then connecting those experiences through the cloud. You might recall a few years ago that Nadella used to repeatedly say that Microsoft was focused on the mobility of the experience as they expanded their services across not only Windows but also on Android and iOS devices. The concept of driving the end user experience across devices in a user’s ecosystem via the cloud continues to be the goal – they just don’t talk about the mobility of the experience as much anymore.

Instead they now refer to this area of computing as the intelligent cloud and intelligent edge which brings all the data across an organization into tools that can be used by any employee. Nadella stated in his email to employees about this reorganization that there are three elements to this new vision:

Many Microsoft watchers, enthusiasts, and customers will look at this change as further proof that Microsoft, under Nadella’s leadership since February 2014, continues to abandon Windows in favor of all these other technologies surrounding the cloud and edge computing. However, my argument is that what better medium exists than Windows to create the pane of glass that we will use to see all this data come together. Without Windows there is no portal in existence that can collect and display that data more efficiently for Microsoft tools and services – none. Windows is just taking on a different role inside the company since it is no longer the lead bread winner when it comes to revenue.

For practical purposes, reorganizations not only have a technical impact as we have already discussed around today’s news, but also a cost savings. This means the company will make these changes and that will result in savings around salaries and operating efficiencies within the team reassignments. Although not specifically stated in this announcement, but there could associated layoffs before the end of Microsoft’s fiscal year in June as realignments happen within the new organization layout and individual teams.

I do wonder if one area that might ultimately be impacted by these changes and streamlining of the engineering teams could be Microsoft’s approach to Windows as a Service (WaaS). This agile development process has been adopted across most of Microsoft over the last couple of years and means that developers on some teams are making monthly updates to their products and services. Meanwhile the Windows engineering team is in their third year of semi-annual feature updates and the monthly cumulative updates that address stability, security, and any other bugs.

Back in January I asked the question Should Microsoft Continue Updating Windows 10 Twice a Year?. The general response from readers was that this would be a good idea. It would seem to allow Microsoft to focus more time on stable feature update releases. The rest of the year would then be used to maintain Windows 10 through the monthly cumulative update process. Of course, this might also free up opportunities to streamline processes and result in more efficiencies across the company.

Currently there is no word on whether financial reporting will change with this Microsoft reorg today. Of course, this would need to be officially announced through the company CFO/CEO but expect this quarters revenue to be reported through the existing breakdown of Productivity and Business Processes, Intelligent Cloud, and More Personal Computing despite the additions and new alignments. It is possible that at the next quarterly financial report, which is expected in April/May for Microsoft's 3rd quarter (Jan-Mar 2018) , they will be prepared to announce that reporting realignment for company revenue.

Microsoft's next big public event is their annual developers conference BUILD2018 in Seattle the first week of May. I would expect that we will hear much more about the reasons behind this reorganization and how the company will continue to approach the intelligent cloud, intelligent edge, and all the accompanying technologies with Windows right in the middle of it all.