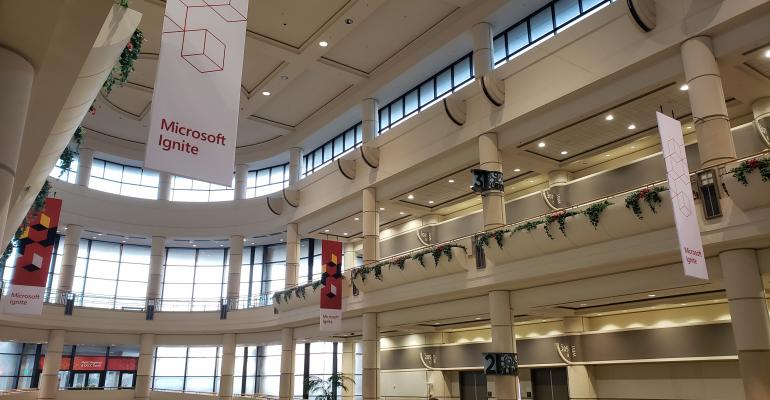 A common thread across most product groups these days: Insider, early access or preview access to software and services while they are in the development pipeline. Microsoft isn’t the first company to do this -- Google is famously known for their permanent betas -- but it seems to have become the norm for product teams at the Redmond company.

Orlando, Florida – Here at Microsoft Ignite, a common thread across most product groups these days is an insider, early access or preview access to software and services while they are in the development pipeline. Microsoft isn’t the first company to do this, Google is famously known for their permanent beta’s, but it seems to have become the norm for product teams at the Redmond company.

We just passed the three-year anniversary of the initial release of Windows 10 back in July 2015. If the old days of Windows development were still around, we would just barely be poking around a new version of Windows right about now. Instead, we have seen Microsoft publicly develop and build five feature updates with the sixth, the October 2018 Update, due to be released in the very near future.

Since many of us have seen the incremental progress of Windows 10 through these feature updates, the changes are not as obvious to us as they might be to other customers just migrating to Windows 10.

Two key areas where this is obvious to me are Accessibility and Windows Ink. The improvements over the last three years in these two areas alone are significant. I am convinced that if there was no Windows Insider program along with regular pre-release builds for testers plus the early feedback opportunities in the program, then these improvements would not be at the same level. By gathering feedback when the code is still fresh instead of late in the development cycle when things are more locked down, the engineering teams have an opportunity to adapt with customer feedback and make changes early on to make the features better.

With all that said, why should you, as an IT Pro, be concerned about all these Insider, preview and early access programs from Microsoft?

The quick answer: Because you get a preview of your organization's future. In the Microsoft Ignite session "Insider Programs: Your Crystal Ball for Microsoft features," Windows Insider Program chief Dona Sarkar points out that participating in insider programs is one of your best windows into the roadmap of these products.

Whether that is Windows, Office, OneDrive, OneNote or any other services from Microsoft, those early builds are going to give you insight into the changes that are coming. Every organization has differences in the way they use these software programs and services which means they have a unique opportunity to see what works in different usage scenarios. That feedback could make the difference in a usability issue for your company after you roll out that next feature update or a smooth transition for your users.

We have also learned over these development cycles, especially with Windows 10, that not everything tested in pre-release builds make their way into the final releases. So why would Microsoft put these pre-release builds of apps and services into the hands of the public and run the very real risk of being critiqued about the state of these early feature tests or something they really like not making the final feature list?

Feedback and that closes the loop for these insiders Feedback about the un-usability of a feature has the same value as feedback that declares a feature the best thing since sliced bread. Would you rather be part of that process for your company and share that vision with your managers and other leaders in the company or always be playing catchup?

As much as the cloud is a reality for the continued future of IT, these insider programs and early access opportunities are here to stay round Microsoft. Why not take advantage of them to build on your own value, knowledge, and experience?

To get started, check out the documentation for getting started with the Windows Insider Program for Business which offers some unique features to assist you in controlling participation in your organization. One of the most requested features for the program, the ability to manage your Windows Insider program and participants using System Center Configuration Manager (SCCM) instead of Group Policies was announced this week at Microsoft Ignite.