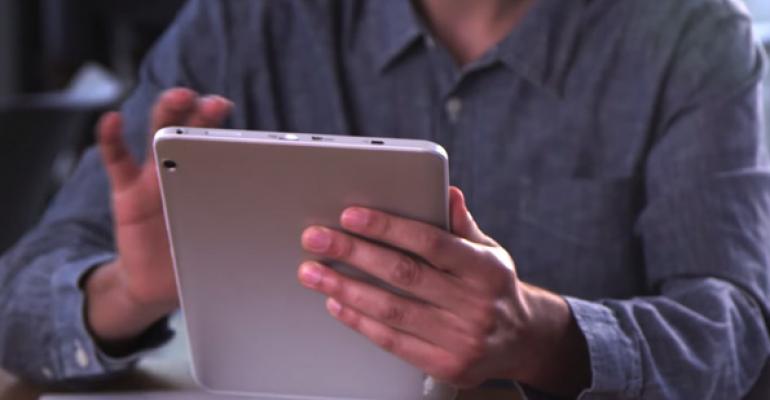 Note: Actually, you need to be in the "Fast ring" to get the build immediately. If you're in the "Slow ring," you will see the new build sometime in the days ahead.

Here's what Microsoft reports is new in this build:

Hide the Search or Task View buttons on the taskbar. In the previous WTP build, Microsoft added these new buttons to the taskbar, but there was no interface for moving or hiding them. Now you can at least hide them.

Less jarring animations. Microsoft heard all the complaints about the window minimize and restore animations it added in the most recent build and has updated them to be less annoying.

Hamburger menu. Users also complained about the charms and full screen buttons in modern apps. So Microsoft replaced the "three dots" button ("More") in the window chrome for Modern apps with a mobile-like "hamburger" icon (three lines) that should be more obvious.

Gestures for precision trackpads. Previously announced and now available. Each is a three-finger gesture.

OneDrive improvements. There's a lot going on here but the big change is that with this build, OneDrive now uses selective sync, which seems like just a subtle change from the behavior in Windows 8.1, one that is more reliable and fast. "You can choose to have all of your OneDrive files synced to your PC, or just the ones you select," Microsoft notes, but ... that's the way it is now. Here's one actual change: The OneDrive modern app is going away. Now you do all your OneDrive management through File Explorer.

Internet Explorer improvements (for some). Some small subset of Windows Technical Preview users will see a new interoperability focused Edge rendering engine. I guess this one will roll out over time to others.

File Explorer improvements. You can now pin your favorite folders to Home. There are some new icons too, including one for folders with content.

Modern app dialogs. This one is cool: In Windows 8.x, Modern apps would provide full-screen notifications, but now they are presented as actual floating windows, or what one might call dialogs.

MKV support improvements. Microsoft added support for the MKV video format in build 9860, and is now improving it in the new build. So now you can play MKV files with Windows Media Player (and other desktop and Modern apps), MKV files display thumbnails and metadata in File Explorer, and support DLNA and Play To.

If you're using the Windows Technical Preview, you can upgrade to the new build in PC Settings, Update and Recovery, Preview Builds.

This will be the last build released this calendar year, Microsoft says.

Have fun! Installing the build now...

UPDATE: I ran into major OneDrive issues after installing this update. Be sure to run Windows Update after you get the build installed and install the Windows Technical Preview November update shown here.