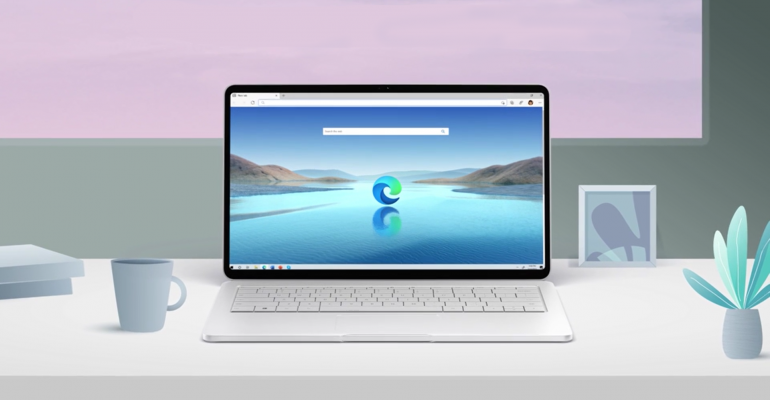 Microsoft Edge for Enterprise now has new opt-in capabilities so organizations can choose a faster- or slower-paced release cadence for stable browser updates.

Microsoft has made changes to their Microsoft Edge for Enterprise stable channel browser which will allow organizations to select the release cycle that best suits the organization’s tolerance for upgrade frequency and time between new versions.

This change only impacts organizations that peg their browser updates to the Stable channel of the chromium-based browser. Any organizations that participate in pre-release testing for Microsoft Edge in the Canary (daily updates), Developer (weekly updates), and Beta (six-week update cycle) channels will not see any differences in release cadence for those development channels.

When Microsoft Edge for Enterprise was made available as a stable release back in January 2020, it also adopted the six-week update cycle used by the Beta channel. That sequence of releases remained the norm until March, when the cadence shifted to four week intervals to match a new major release cycle announced by Google for the Chromium Project.

Microsoft then announced the addition of an Extended Stable channel for those organizations that prefer a lengthier browser update cycle. This new release option makes Stable channel updates available every eight weeks.

Here is how Microsoft Edge for Enterprise builds will get released based on either a four-week or eight-week release cadence:

Features that are added in the odd-numbered version updates will be made available in the Extended Stable channel with the next even numbered update. However, in between those even-numbered releases, any security patches and other fixes will be shipped in real time.

Opting into the Extended Stable release channel for Microsoft Edge for Enterprise is controlled via group policy or in Microsoft Endpoint Manager (MEM), if that is used for endpoint management in the organization.

If no policy is established for Microsoft Edge updates, then it will default to the four-week Stable channel.

The four-week or eight-week release cycles mean a change in the overall support cycle for Microsoft Edge for Business.

The most recent four-week Stable build along with the two previous Stable updates will receive support from Microsoft. That is a total of twelve weeks of support for the Stable channel.

Version 94 of Microsoft Edge, which is expected to be generally available in September, is the first build that will enter this new release and support cycle.