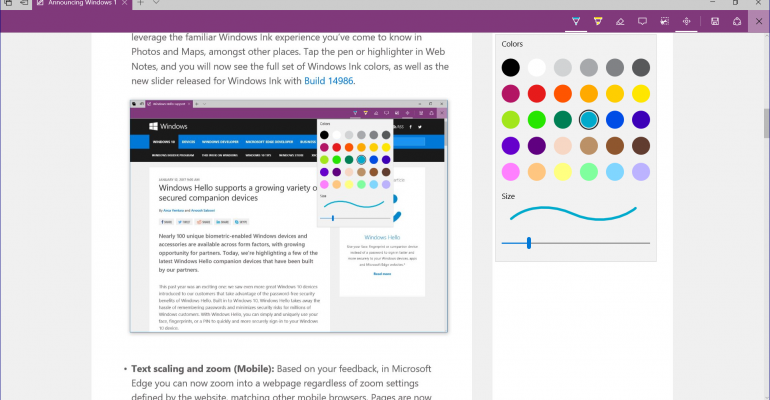 Earlier this week the first new Windows 10 Creators Update build of 2017, 15002 for PCs, was released to Windows Insiders after the end of year and holiday hiatus at Microsoft. That 34 day gap between builds was expected and not an issue.

Of course, when 15002 was released earlier this week, the lack of a mobile build caused some consternation among Windows 10 Mobile enthusiasts but the announcement blog post for Build 15007 reinforced some comments I made on social media yesterday about the work happening on Windows 10 as a whole - including mobile.

Those tweets basically said that even when a mobile build is not released alongside a new PC build, work is happening on the mobile version of Windows 10 as well.  Windows 10 is now OneCore across all platforms so that allows the Windows development and engineering teams to accomplish work alongside each other. We will never know the specific reasons why a mobile build is not released at the same time as a PC one, but suffice it to say Microsoft is not just going to release a build for the sake of releasing one. They understand Insiders want to be trying out new features across all devices but they are also not going to inflict unnecessary hassles upon Insiders either with a bad release.

There is no better proof that development with Windows 10 Mobile has paralleled the desktop work than the nine references to features added in previous PC builds that are now in the latest mobile build.  Just read the What’s new in Build 15007 for just Mobile portion of the Build 15007 announcement blog post and you will see their effort to tie in the new mobile features that were previously seen in desktop build releases 14986 and 15002. Those two builds are the builds that were released for desktop and not mobile since the last mobile release - 14977 on 01 December 2016.

First - the issues I have seen so far:

Be sure to take a look at our Windows 10 Redstone 2 Trackers for PC and Mobile to see the official list of fixes and known issues.

This gallery contains screenshots from some of the new features in Build 15007 and one I found that was not listed by Microsoft.