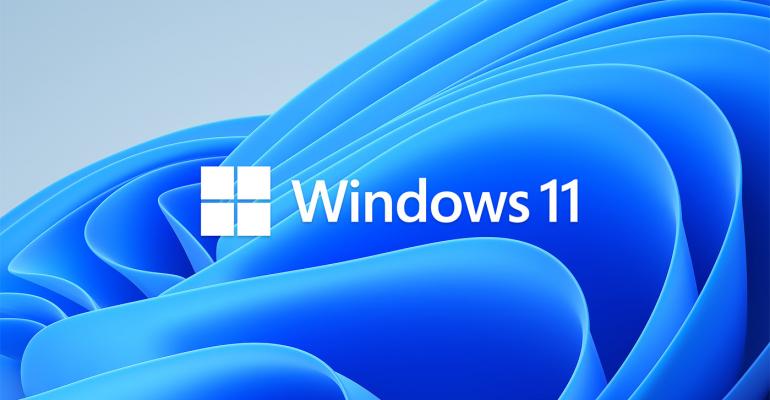 The Future of Windows: Windows 11 Leans Into Hybrid Future

According to Microsoft, the future of Windows is rooted in their current flagship operating system, Windows 10. Here, we take a closer look at the unique history of Windows 10 – and how the new Windows 11 will impact commercial customers in the enterprise.

Next month will mark the sixth anniversary of the general availability of Windows 10, and it has been an interesting journey compared to previous versions of Microsoft Windows. Microsoft has unveiled the future of Windows this month to its customers and while that history is about to be written, looking back at the history of Windows 10, Windows As A Service (WaaS), and Windows management should help put the upcoming changes into perspective.

The Pre-Release Testing of Windows 10

Previous versions of Windows were tested by external Microsoft customers through a private beta program, public preview testing, or a combination of both.

The private beta programs allowed Microsoft to collect critical feedback on the user interface, usability, and bugs at a time, which allowed those fixes to be incorporated into the code base for that Windows release.

While the public preview programs proved to be very popular and brought in a lot of usage data and bug reports, by Microsoft’s own admission it was too late to integrate those adjustments into the Release to Manufacturing (RTM) build prior to general availability. So Microsoft had bug reports and data they could not act on to improve the product before it went to market – a frustrating situation for all involved.

In September 2014, after announcing Windows 10 to the public, the company announced a new Windows Insider Program that gave customers much earlier access to development builds for testing, thus allowing data to return to the dev team much earlier than before.

This initial version of the Windows Insider Program was focused on consumers, but enterprise and business customers could still sign up and test these development builds.

In February 2017, Microsoft announced the Windows Insider Program for IT Pros and Businesses, which included enterprise-friendly management tools for the pre-release builds and centralized bug and feedback reporting for the organization.

Windows As A Service (WaaS)

Looking back at the history of Windows 10, one of the big differences around Windows 10 was Microsoft’s shift from big upgrades released approximately every 36 months to incremental updates released more regularly.

Under the pre-Windows 10 system, a big update meant commercial customers not only had to focus on the potential upgrade process but also plan and prepare for end-user training on the invariably-overhauled operating system's user interface.

Even with anticipated downtime for machine upgrades and user training, there was usually an uptick in support tickets as users learned their way around the new user interface for the Windows upgrade. The amount of this work increased greatly depended on how different the UI was between the shipping Windows edition and its successor.

Suffice it to say that upgrade cycles were not the favorite part of any IT pro or system administrator’s schedule.

So Microsoft’s solution to reducing IT pro workload while ensuring that its operating system could stay as up-to-date as possible was Windows As A Service (WaaS). In the most basic of terms, it meant that updates to Windows 10 would ship twice each year and contain a varying number of enhancements and updates for the operating system. This shift would have a lasting effect on the future of Windows releases.

Early on these updates were known by marketing names such as November Update, Anniversary Update, Creators Update and Fall Creators update. Each still had an underlying version number such as Version 1511, 1607, 1703, and 1709 respectively, which represented the year and month the update was released.

The naming process created confusion around when an update had been released. The company created additional confusion by also using code names like Threshold and Redstone for updates. The company has now settled on using the Version XXXX codename as the update identifier once it is released to avoid that confusion.

In a move to better communicate release timing and eliminate so much confusion about which update did what and when, Microsoft shifted to marketing names like the April 2018 Update, the October 2018 Update, and the May 2019 Update to indicate the release timing. Each still had an underlying version number to maintain system compatibility and identity.

Yes, there are still marketing names attached to each update cycle but those are no longer used by commercial customers to understand what update the organization is using.

H1 releases contain new features and enhancements for Windows 10 and receive 18 months of support from Microsoft for commercial customers. These are build-to-build upgrades in each cycle.

H2 releases are much smaller, quicker-installed updates, focused on system performance, stability, and fixing bugs. These releases receive 30 months of support from Microsoft for commercial customers. This longer support cycle made the H2 updates an attractive option for enterprise customers because it stretched out the update cycle from 18 to 30 months, resulting in more stability and less upgrade churn across those organizations.

Windows 11 will also ship this fall, positioned as an update for Windows 10. This parallel upgrade cycle will introduce what Microsoft is describing as a “fresh, modern and familiar” user experience with plenty of new features and enhancements aimed at positioning the platform as a core element to support an enterprise’s hybrid workforce model.

Let’s walk through some details about the future of Windows and where Windows 10 and Windows 11 fit into that process moving forward.

How Long Will Windows 10 Persist?

The next update for Windows 10, Version 21H2, will still be released later this year. Windows 10 will continue to be supported until October 2025.

Microsoft did not comment when asked if the 21H2 update would be the final feature update for Windows 10, but it did confirm that monthly security and related updates will continue to support the operating system.

Since H2 Windows 10 releases receive 30 months of support, there is no reason to believe that this update would not receive the same.

Based on a preview briefing from Microsoft, it sounds like this 21H2 update for Windows 10 is going to be tested in the Windows Insider Program Release Preview Channel exclusively, and will not be tested in the Developer and Beta Channels. This likely indicates that the fall update for Windows 10 will be the smaller cumulative update rather than a full-blown feature update.

With less than four years of vendor support left by the time this update arrives in H2, it makes sense that Microsoft would shift into a maintenance and upkeep mode on Windows 10 as they shift development efforts into Windows 11 and focus on the future of Windows.

Tools and services like Cloud Configuration, Windows Update for Business and Autopilot will also seamlessly support both operating systems.

This is possible because Windows 11 is based on Windows 10, so the underlying support structure enterprise customers have built for Windows 10 will also take care of Windows 11 devices.

In fact, Microsoft stated that installing Windows 11 on an existing Windows 10- compatible device is just like upgrading from one feature update to the next.

In summation: Windows 11 will change nothing in the enterprise support infrastructure across an organization.

The basic requirements are:

Microsoft does state that new devices purchased in the last 18-24 months will be compatible with Windows 11 based on these hardware requirements.

Microsoft has a PC Health Check App which can be used to test hardware compatibility.

Upgrade eligibility exists from compatible Windows 10 devices to Windows 11 for Enterprise and Education is available for commercial customers under these circumstances:

These upgrades will be available after Windows 11 is generally available later this year.

Windows 10, Windows 11, and Windows As A Service

As mentioned earlier, Windows 10 will be supported until 2025 and until Microsoft says otherwise, it’s reasonable to expect that the 21H2 update will receive at least 30 months of support.

With Windows 11, the entire Windows As A Service (WaaS) process is changing and this is a change which will likely be cheered about across IT organizations globally.

Beginning with the release of Windows 11 this fall in H2, Windows 11 feature updates will only be released once per year.

The support timeline for Windows 11 is also changing with this new version of Windows:

Of course, Windows 11 will continue to receive a monthly cycle of security and performance updates throughout its lifetime just like Windows 10.

Although the look of Windows 11 will be different on the surface, it is intended to improve productivity and collaboration yet be consistent under IT’s management of endpoints across the organization just like they were under Windows 10.

Over the coming weeks, as the Windows Insider for Business program starts rolling out development builds for Windows 11, we will highlight the new functionality which will directly impact commercial customers and the future of Windows ecosystems.