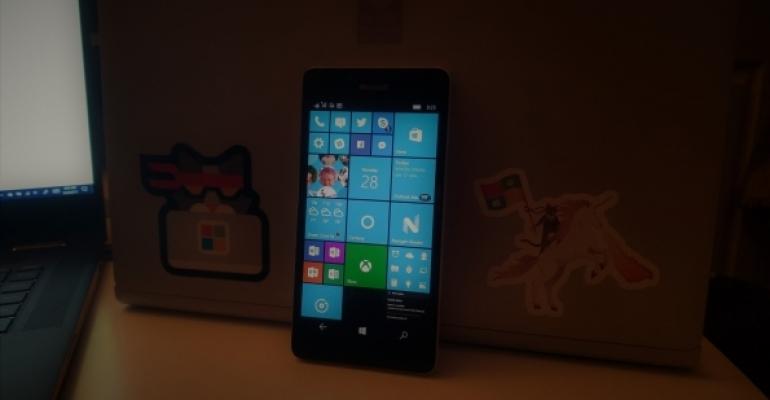 Doing the Math: All Windows 10 Mobile Support likely to end in December 2019

One of the things we do every once in a while is try to read the tea leaves when it comes to various Microsoft products and services.

There is no science to the process of trying to figure out where things are headed and even with the best of analysis, something could come out of left field and surprise us.

With all that said, I want to speculate on the end of Windows 10 Mobile as we know it in its current form.

Shortly after the release of the Windows 10 Creators Update back in April for a very short list of mobile hardware, the development of the Fall Creators Update began for both PC and Mobile devices. At that time it was simply known as Redstone 3 and builds in this development branch, rs_prerelease, were being pushed out to both platforms.

Within just a few builds of the RS3 testing process beginning on Windows 10, Microsoft shifted the mobile version of the code to its own development branch called feature2. While a regular stream of mobile testing builds have been released over the last four months very few new features have made their way to Windows 10 mobile. However, there has been a regular collection of fixes and tweaks made to improve the mobile OS's stability during the 16 development build releases during that time frame.

This move along with the lack of clear communications about Windows 10 Mobile and no new mobile hardware announcements has left the enthusiast community expecting this to be the end of the mobile version of Windows 10. When this feature2 update is released in the next two months alongside of the Fall Creators Update for Windows 10 on PCs, Tablets, and other devices it will likely start a countdown clock to the end of official support for Windows 10 Mobile as its own operating system.

Here is what I found:

So based on the above information, it would appear that official mainstream support for what could be the final feature update for Windows 10 Mobile will end in December 2019.

The only other piece of information that could impact that end date for support of this update to Windows 10 Mobile is in the OEMs court.

Here is how Microsoft spells this out on the Product Lifecycle Support Page for Windows 10 Mobile:

"A device may not be able to receive updates if the device hardware is incompatible, lacking current drivers, or otherwise outside of the Original Equipment Manufacturer’s (“OEM”) support period."

Of course, this caveat could mean the end of support for existing devices could be much sooner than December 2019. For an example, the Microsoft Lumia 950 and 950 XL were both released in October 2015 and were followed by the Microsoft Lumia 650 in February 2016. In order to reach December 2019 and the end of support for the mobile OS, the 950/950 XL devices would need to be supported for over four years and nearly the same amount of time for the 650. Typically most mobile devices do not get official support for that long but since these are Microsoft devices maybe they will continue to support them until the OS support ends.

The Microsoft Lumia 550, 640, and 640XL were supported for the Creators Update release back in April but they are already long in the tooth when it comes to hardware lifetimes. Again, Microsoft might choose to continue supporting that hardware over that two year period as well since they own the devices.

Among the other devices that were supported back in April for the official Creators Update release, the HP Elite x3 and Alcatel IDOL 4S are the most recent pieces of mobile hardware and could likely live out their final years being supported for Windows 10 as well if the OEMs choose to do so knowing the end is near.

I could not even venture to tell you what might happen with the other five handsets that were on that short list of devices for the Creators Update. Ultimately, everything seems to be pointing towards a dwindling list of devices that will be officially supported when the Feature 2 Update is released in the September/October timeframe.

That means the end of Windows 10 Mobile as we know it is likely a reality in a little more than two years from now.

I have said it before though, I do not believe that will be then end of Windows 10 on Mobile devices. This aspect of being mobile with Windows 10 is tied to Windows on ARM and just how small OEMs, including Microsoft, want to go with their devices to create a new mobile computing experience.

Much more to watch and see what happens in this area.