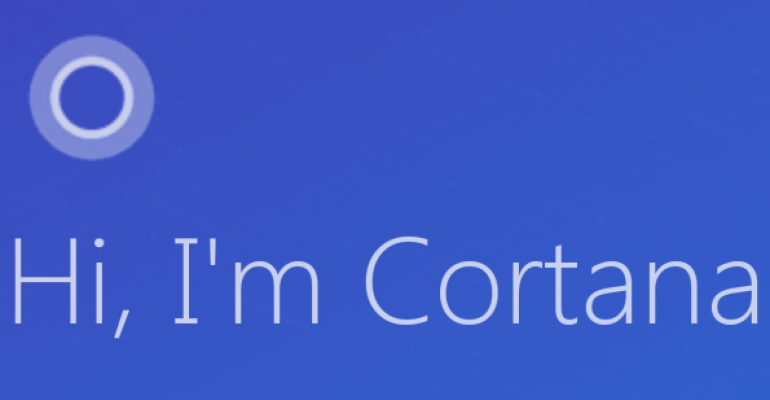 About six weeks ago we learned via Twitter that Windows Timeline, a feature that was announced and demoed at Build 2017 this past May, would not be shipping with the Fall Creators Update.

Beyond the discussion of whether or not Microsoft had actually committed to that roadmap or not during the Build 2017 Windows keynote by Joe Belfiore we know that no matter how it was presented the feature is now pushed to Redstone 4.

Redstone 4 is the fifth feature update for Windows 10 and is expected to be available sometime early next year in the March/April timeframe.

In the interim though a productivity enhancement feature that was part of the Creators Update which was included with Cortana has been expanded and can almost be called a lite version of the Windows Timeline feature that will not be available when the Fall Creators Update ships in September/October.

Just as a reminder, here is how I described that feature in my Windows 10 Creators Update review this past March:

"Cortana can also help you pick up where you left off on other devices by reminding you about documents and websites you were working with on another device in the Action Center. This Pick up Where I Left Off feature triggers if it has been less than 30 minutes since you locked another device. For me this has been great since I move in between systems so often during my work day. Those shortcuts in the Action Center have been very useful."

Since the release of the Creators Update in April, this feature has slowly been tweaked and expanded to now include not only websites, including those browsed on Android devices running the Cortana app and other Windows 10 devices, but also some apps that you used on other Windows 10 devices are now starting to show up on Cortana across Windows 10 devices. Of course, the key is using the same Microsoft Account on these various devices to make all this sync up.

In the Creators Update these pick up activities appear in the Action Center: However, over the last couple of days it appears these are now showing up in the Cortana interface when you open it up from the Taskbar.

This is the compact view and most recent activities - notice in these next two screenshots that recently used apps are also showing up in Cortana on Windows 10: Here is the expanded view of that Card, that is what Microsoft calls these tiles of information, and it contains two weeks of history.

An option has also shown up in Cortana's Notebook, the central location where you control what she knows about you, that switches this option on and off: If you are on Android, you can also access your recent Windows 10 activity under PC Activities look in the Cortana App: Note: The latest update to Cortana on iOS does not have this feature.

In the Fall Creators Update Fast Ring builds, Microsoft recently launched an updated version of the Microsoft App for iOS and Android which provides you the ability to share links back to your Windows 10 devices. Although this is a manual process right now, we will have to wait for the final Fall Creators Update to see if it gets automated in the same manner as the PC Activities and Pick up where you left off items.

So, despite not getting Windows Timeline this Fall, it sure seems like we will have some very basic functionality of that feature to carry us over until Redstone 4 comes out next year.

What do you think?