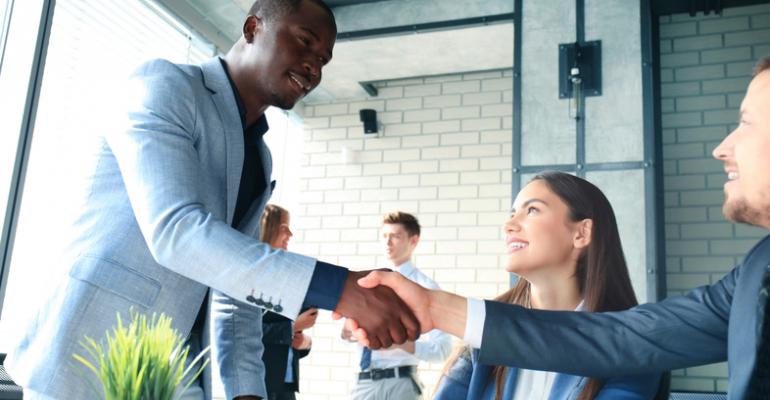 A new report on the IT job market says that 1 in 3 workers will seek new employers in 2018 in search of higher pay, more skills.

In 2018, plenty of North American and European IT workers are taking advantage of a strong IT job market, and could be switching employers as they pursue higher salaries, deeper skills and workplaces where there's more of an emphasis on IT.

That's one of the most intriguing insights in a new 2018 IT Career Outlook survey conducted by professional IT network, Spiceworks, which gathered responses from some 2,200 IT professionals in November about the IT job market and their job plans for next year.

Related: How IT Help Desk Admins Find Answers to Your IT Problems

"We know a lot of IT professionals are trying to capitalize on the good job market," Peter Tsai, a senior technology analyst at Spiceworks, told ITPro. "We expected a lot of people to move to increase their salaries, which was one of the top reasons" for the expected job hopping. "Last year, people were trying to switch jobs to increase their skill sets and learn more."

This year's Spiceworks survey for the first time asked respondents for their ages and then broke their answers down into generations to see how IT workers of varying ages view their careers and employment options at this point, said Tsai.

"The most interesting trends among millennials (born 1981 to 1997) is that, in general, they are more likely to job hop," he said. "They are not as satisfied with their jobs or salaries as their other peers."

In addition, millennials on average spend shorter amounts of time in their jobs and move around much more than IT workers from Generation X (born 1965 to 1980) or baby boomers (born 1946 to 1964), said Tsai.

The Spiceworks survey included 2,163 respondents from North America and Europe. Respondents are among the millions of IT professionals who use the Spiceworks forums and other products and who represent a variety of company sizes, including small-to-medium-sized businesses and enterprises. Respondents come from a variety of industries, including manufacturing, healthcare, nonprofits, education, government and finance, according to the company.

Overall, some 70 percent of all IT workers reported they are satisfied with their current jobs, but 63 percent believe they are underpaid, according to the survey. Interestingly, some 68 percent of the millennials who responded said they are underpaid, compared to 60 percent of Gen X and 61 percent of baby boomers. The millennials, meanwhile, have far fewer years of experience than the other workers, yet they say they are seeking higher salaries. According to the survey, the millennials reported a median income of $50,000 per year, while Gen X IT professionals are paid $65,000 and baby boomers are paid $70,000.

To be more successful in the IT job market, 81 percent of the survey respondents said it is critical to have cybersecurity expertise for their work, while 75 percent said it is also critical to have expertise in networking, infrastructure hardware, end-user devices and storage and backup.

But only 19 percent of the respondents overall said they presently have adequate skills in cybersecurity, which points to a skills gap that needs to be filled, said Tsai.

Spiceworks, which is often referred to as the "Facebook of IT," is an ad-supported platform for millions of IT pros to discuss their work and related technology issues.