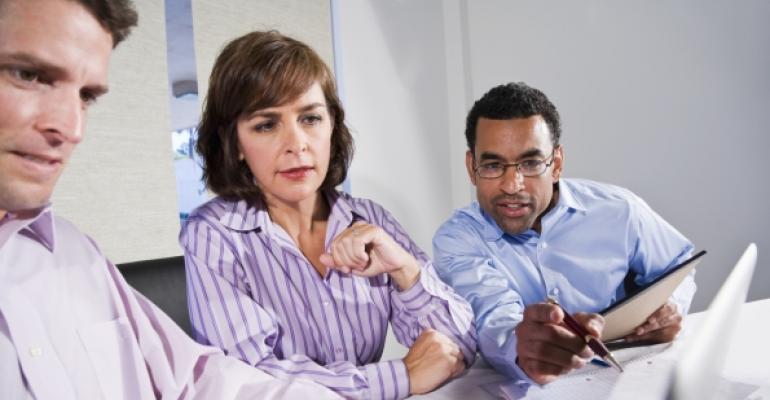 Windows Phone 7 and WP7 Mango: A Conversation with Mark Arteaga

Carl Franklin: So let's talk about the [Windows Phone 7 "Mango"] update. In a nutshell, what are we getting here? And this is the second update, right? This is the big one.

Mark Arteaga: The big one, yeah. So the Mango update. From a developer point of view, we're getting quite a bit. I mean, there were a few announcements at MIX back in April, and personally I think they're bringing out a lot of things that developers need to go, and they're just going to empower developers to create some pretty whole stuff on the platform.

CF: What exactly is in the Mango update?

MA: A database, we finally have a database that we can use around devices that are just using XML or text files and just dump it to a file in the Start system. I think that's a huge improvement to help reduce and optimize memory consumption.

XNA and Silverlight integration is pretty big. Now you can basically use Silverlight to, say, build your menu items or anything like that within the next meeting. So you have all this interoperability between the two platforms, XNA and Silverlight, just to make Win Phone to be a lot easier. Or if you want to do, for example, say some sort of weather application, you could do some sort of 3D animation using XNA as your background scene, it's raining or it's a sunny day or something like that, and then use Silverlight on the other end to go crop data or show any stats on the weather. I think that's going to be pretty big.

Richard Campbell: I want to look at this XNA-Silverlight integration thing. What does that exactly look like, Mark? Because they're quite different from each other, right?

MA: Well, the thing is, currently you can use XNA within a Silverlight application, but you can't do any of the 3D drawings that you can do in XNA. Right now you can do things like use a microphone and play audio using the XNA APIs.

MA: Right now we have interoperability, but now they're just kind of officially supporting it where you could do all the 3D stuff that XNA supports and kind of mix it in with Silverlight. Because building a menu system in XNA is not fun.

MA: It's quite a task. But building in Silverlight, it's pretty straightforward. The other great thing that you could do is you can bring the Silverlight storyboards and all those animations in XNA. So now doing the obvious like 3D transform or anything like that in XNA, it just got a lot easier because now you can use a storyboard to install that.

RC: That's interesting because you always think, I'm building a Silverlight app and I want to tap XNA for some of the low-level stuff, but at the same time if I'm building an XNA app, really a game, just let the menus and all those other sorts of things br handled by Silverlight so it's not as painful to build them.

MA: Exactly, exactly. Actually I don't think you can get that low level on XNA, so it's still a wrap-around on top of the native APIs and everything. But the core framework, I mean, it all uses the same core, .NET Compact Framework, which is under there.

CF: What is the whole deal with Bing Audio and Bing Vision?

MA: Bing Audio and Bing Vision? I don't know. That's more on the consumer side. I know there have been a few posts out there about what they're coming out with.

RC: But is that actually part of Mango?

CF: Yeah. It's supposedly to include Bing Audio and Bing Vision.

RC: You know I wrestle with have they put too much into Mango. Like wouldn't this be better served in smaller bites?

RC: What do you think, Mark? Like it feels like we're doing this big bang thing, and it scares me.

MA: I think they need it.

MA: Because they're behind. I think last time I checked, they're in three or four percent market share.

MA: They're getting back up there. But from way in the days of Pocket PC or Window Mobile, they were at 20 percent to 25 percent, and then they just lost it all.

RC: Well, yeah. There's been a few dark years in the Windows Mobile world, let's face it. But I'm just thinking in terms of, hey, IE9 is already out. It should have been in the phone as quickly as possible. They just make it a separate update.

MA: Yeah. My hope is that they will kind of separate the app from any process or things like IE9 and possibly the runtime. Maybe they can, I don't know all the underlying technical difficulties. I mean, maybe there are [fewer] features that are required for IE9.

RC: And I only get to like this when we start realizing, hey, Mango is also turn-by-turn directions and Bing Vision and Bing Audio. This is too much stuff, and then there's this whole dev side.

MA: Yeah. They're coming up pretty quickly with a lot of features. I mean, the phone really hasn't been up that long. It has been only about a year, right?

MA: In terms of the consumer market. So to be coming out with all these features in probably under a year, I think that's pretty good. Even though I know other people are saying they're far behind, they're never going to catch up, I personally think they will catch up. I mean they're not going to be number one, but they're going to be up there....

RC: Do we actually have a sense of when Mango is going to ship?

MA: Yeah, the fall at the end of this year. You know, they haven't given a specific date.

RC: All right, this is a developer show. We should get back to the dev features here. I mean, really bringing IE9 into the equation, not to step on my friend's song at all, it's now we have HTML5 in the phone, why would we build apps anymore?

MA: I think there are still limitations with HTML5, well, on Windows Phone specifically. So you can't create this great-looking application you've seen using HTML5, all these animations, videos, and all that. But how about offline support? How can you do offline support with HTML5? Whereas in that, you could. You could build that in. There's other deep integration into the phone storage, the database. I don't know if you could do that with HTML5. Pretty straight, you have to know Windows Phone.

RC: Yeah. There's supposed to be HTML5 data storage features, but they're still not close to ratify it yet because that's only one piece of the equation. I think what's compelling here is this idea of can I really build any HTML5 app once and run it on all the phones.

RC: It sounds like Phone 7.0 really has had no emphasis on business apps so far. It's all consumer.

MA: Yeah, they're pretty much pushing on the consumer, and I think the hope is once a consumer gets hold of it they will bring it into the business, and then businesses will be forced to adopt it.

RC: Well, I would think businesses would want to adopt it because it's Silverlight—like you already know how to build software for it.

CF: So Microsoft has always had this business market for phone devices, Windows Phone. Is that market still as big as it ever was? Is it bigger? Is it hopeless? Give me a sense of that market.

MA: You're talking about the previous version, right?

CF: Yeah. I'm talking about Microsoft's dominance in the past in business phone software.

MA: Yeah. In terms of the ruggedized market, I think it's still there. We just send their staff a Windows Mobile 5.0 project.

MA: I don't think so. I think you'll see some of the features from WP7, say maybe the Silverlight or anything like that coming over but I don't think you'll see the Metro UI in a ruggedized environment because if you think about it it's guys out on the field taking meter readings, I don't think they care about animation. They just want to get their job done and get back to the office and try to pass the time and go.

CF: What about the future of the business market for Windows Phone 7.0? What do you think?

MA: The business market for Windows Phone 7.0 not ruggedized, I think it will be there. I think you will start seeing companies building enterprise line-of-business apps on Windows Phone 7.0. Ruggedized, you're not going to see it.

RC: The problem is that, and I'm putting on my IT hat right now because I wear that every so often, Windows Phone 6.0 is still a far better enterprise mobile device. It can join domains, it can apply group policy, like there are all these things that we had in 6.0 and 6.5, but we still don't have in 7.0.

MA: Exactly. And I think these differ in movement just because of the resource. We try to develop it and try to test it. I think the biggest complaint is, hey, we had it in 6.0, why can't you just bring it over?

MA: But Windows Phone 7.0, from my understanding, is a rewrite.

RC: Yeah. So it's not that they took it out, it's that they haven't built it yet, and they're going to have to rebuild all those features.

RC: And the fact that it's not in Mango means at least another full year, sometime late in 2012 to even consider it.

There's much more! You can find the full interview at www.dotnetrocks.com/default.aspx?showNum=665.

Richard Campbell and Carl Franklin (both Microsoft Regional Directors) are the voices and brains behind .NET Rocks! (http://www.dotnetrocks.com/). They interview experts to bring you insights into .NET technology and the state of software development. They’re more than dry technical interviewers—they have fun!