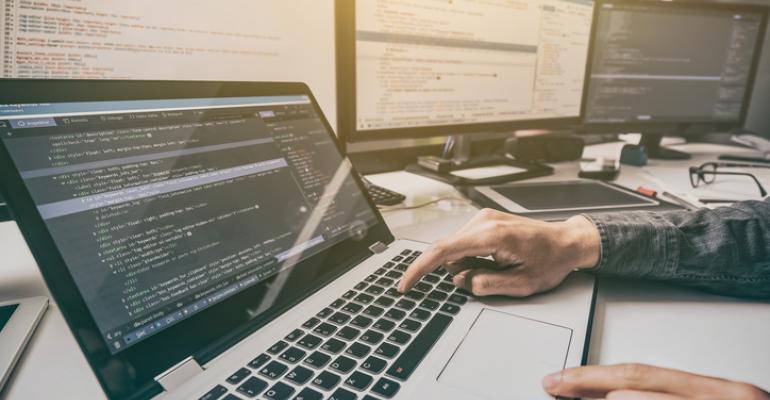 When seeking a new job, it's important that software developers have diverse skills in multiple coding languages, a new survey concludes.

If you want to find a great job as a software developer, then be sure your expertise spans multiple coding languages so you can attract more potential employers.

That's the advice of a new study which looked at coding language requirements found in online job listings across the United States for a wide range of major companies ranked in the Fortune 500 list. The study, which was conducted by online and on-premises software coding bootcamp, Coding Dojo, analyzed the coding requirements for about 250 software developer job listings for the top 25 companies on the Fortune 500 on the Indeed.com employment website in early December 2017, according to the company.

The most highly sought-after skills in the top 25 companies were in JavaScript, Java, Python, Ruby and Perl, according to the study. Java, which is more than 20 years old, is highly popular with Android apps, the study states, while research from IT analyst firm IDC says 90 percent of Fortune 500 companies use Java.

"It reaffirms that knowing one programming language isn't going to cut it in this industry anymore," Speros Misirlakis, the head of curriculum at Coding Dojo, told ITPro Today. "We have a lot of connections with a lot of companies seeking graduates. They tell us what they need in terms of skills."

For software developers looking for jobs, it's important to know which skills employers are seeking so you can be sure that you can fill their requirements, he said. To do that, job-seekers should do their research as they search for potential employers and talk to hiring managers and others to determine which skills are must-haves to get their next jobs.

"JavaScript is big. Java, too, and Python is massive" in business, said Misirlakis. "There's a huge demand for web development today. We want to keep our students ready for the languages where the jobs are located. These are the fundamental pieces our students need to get jobs."

And since different coding skills are needed in different cities and regions of the country, job seekers should be analyzing the skills that are being sought in the areas of the nation where they want to live and work, he added.

Sylvain Kalache, a co-founder of the San Francisco-based Holberton School, agrees that having training in multiple coding languages is critical to finding a good job, but said he believes candidates need a broader range of expertise than just JavaScript, Java, Python, Ruby and Perl as described in the Coding Dojo study.

Ruby, Python and Java are very similar, so job-seekers should have a broader range of expertise to ensure they will be eyed by prospective employers, he said.

"It's not just knowing coding languages, but it's also knowing how they can work together and what their ingredients are" so they can be used to interact and build the best code for the job, said Kalache. "The more magic you have, the more productive you can be. If you don't know that, then you will be missing out and you will not be a highly-trained software engineer."

Instead, Kalache said he thinks that coding job seekers should know start with languages including C or C++, Java and PHP, because they introduce different concepts and give engineers a well-rounded education.

"Knowing how the languages control things and how they work together is what's important," he said. "You can have multiple types of programming languages, but you should learn one of each of the different categories."

Companies are seeking software engineers who have a broad range of language experience, while also having the ability to learn on their own as they need additional coding languages to create their applications, he said.

"Complex programming languages, it is impossible to learn them all," said Kalache. "But if you master one programming language in each of the main categories, then it's pretty much the same concepts for all of them. Know one well and you will have this mindset that you can learn one more very quickly."