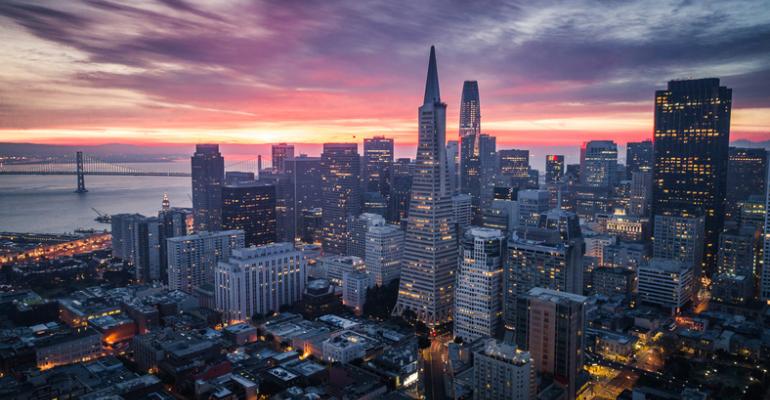 America’s tech hub is leading the country in wage growth, according to a new report.

(Bloomberg) -- America’s tech hub is leading the country in wage growth, according to a new report.

San Francisco saw wages rise 3.9 percent since last September, bringing median base pay to $70,361 per year, according to Glassdoor Inc.’s Local Pay Report, which tracks wage growth for certain full-time employees in 10 cities through an analysis of anonymous salary data. San Francisco boasted the highest annual salary of all the cities tracked in the report—more than $17,000 above the national average.

The city’s wage gains have been driven by a booming technology sector. Software engineers in San Francisco, for example, have seen 4.6 percent year-over-year wage growth and a median base salary of $121,956, while user experience designers have seen nearly 5 percent wage growth and base pay of $109,817, the report shows. Demand for these jobs is growing: San Francisco has seen job openings increase by nearly 35 percent year over year.

Pay for tech workers “tends to be higher than for those in other industries and is pushing wages up,” said Alison Sullivan, career trends analyst at Glassdoor.

Lower-paying jobs have also seen wage growth, due to former Mayor Ed Lee’s four-year effort to increase the city’s minimum wage, which went up to $15 in July. It’s the highest such municipal wage in the nation, but reflects the high cost of living in a city where the median rent tops $4,205, nearly $3,000 more than the national average, according to August data from Zillow.

New York saw 3 percent year-over-year wage growth in September, while Los Angeles claimed 2.9 percent growth and Philadelphia had 2.8 percent growth, ranking as the cities with the next-fastest pay gains. All three cities showcased median base pay higher than the national average of $52,664. Houston, Washington, D.C., and Boston faced the lowest annual pay gains in September, increasing by only 1.7 percent, 1.9 percent and 2 percent, respectively.

Wages rose 2.6 percent nationwide in September, marking the fastest pay growth since April 2017, according to the report. While Sullivan is optimistic that wages will continue to climb through 2018, she acknowledged that growth has been tepid given the current state of the U.S. economy.

“It’s great to see that wages are growing, but it’s more stagnant than it should be this far into a productive economic cycle,” Sullivan said.