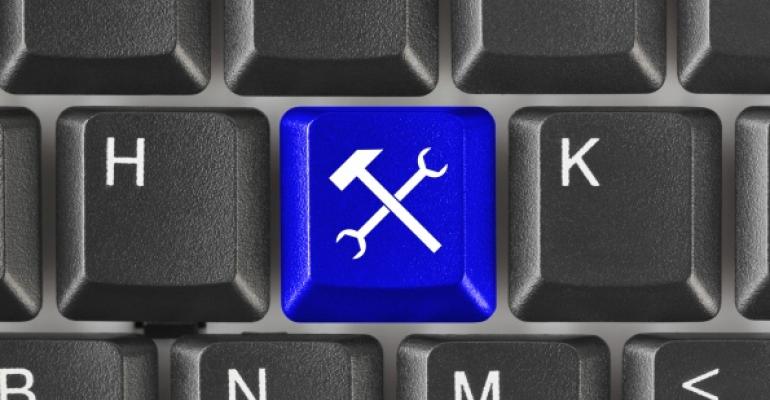 With the upcoming release of Windows 8, which replaces the "Aero" UI from Windows 7 and Vista with a Metro-style UI for the desktop, Microsoft platform developers will need to adapt their UI/user experience (UX) development to mesh with the new OS. Anticipating this need, DevExpress has included in its latest release of its flagship toolset, DXv2, controls that provide a Metro-like UX as well as controls that support touch-enabled applications on tablets and smartphones powered with iOS and Android. Here I'll provide a look at the highlights of the version of DXv2 that I tested recently, DXperience 11.2. (Note: As this article was going to press, DevExpress announced the next release of DXv2, DXperience 12.1.)

A Wealth of Controls and Themes

DXv2 ships with utilities for gestures, themes, and controls that enable you to create powerful touch-enabled embedded applications for mobile devices as well as .NET applications that have the Windows 8 Metro UI look and feel. In addition to the built-in themes, DXv2 gives you the option of creating custom themes for your .NET applications. The product suite includes new or improved versions of controls for ASP.NET, Silverlight, WinForms, and Windows Presentation Foundation (WPF).

Developers can easily customize the UI by using the Themes feature that ships with the product suite. The themes include Glass, Black Glass, RedWine (shown in Figure 1), and others.

I was pleasantly surprised to discover that a number of the ASP.NET controls in DXv2 now include built-in touch support for iOS and Android applications. The Callback Panel, Combo Box, Grid View, List Box, Menu, and several other controls support touch features such as scrolling, item-list scrolling, dragging, and resizing.

Silverlight, WPF, and WinForms enhancements. DXv2 includes a wide range of controls for the development of web applications powered with Silverlight. A highlight of the many improvements in the updated Silverlight controls is a new Tile Layout control option, which lets you add tiles to an app's UI to give it a Windows 8 look and feel. The WPF control suite includes all the controls available in the Silverlight controls set, except for DXMap, and provides the same new support for tile layout as well as seven touch-enabled controls.

Like the other controls, the WinForms control suite provides support for UI tiles in the form of a new Tile Control as well as seven touch-enabled controls. The suite also includes a new Metro-style skin. Another highlight of the WinForms controls updates is a new, powerful WinForms Splash Screen Manager, which lets you add a splash screen to an app without coding.

DevExpress provides a wide range of resources such as blogs and videos that help developers quickly get up to speed on the new features in DXv2. I'd like to see the vendor include a few important videos along with the installation package so that developers can watch the videos offline. DevExpress also provides excellent support via a ticketing system with a response period of less than 12 hours.

DXv2 ships with several new sample applications that include complete source code and demonstrate the functionality of various controls in real-world scenarios. For instance, the Webmail Client application lets you view email messages, including a built-in Calendar and Contacts module with which you can easily manage your daily activities. I also found these samples helpful for learning the product's capabilities. Additional sample applications include Event Registration, Hotel Booking, and a simple YouTube-style video-hosting portal. I am planning to modify the Video Portal application for my own use because I very much liked this app's UI.

Going forward, DevExpress is slated to release a Metro-inspired theme for all ASP.NET controls in 2012 to coincide with the release of Windows 8. Additionally, ASP.NET MVC developers can expect an extension to the ASPxScheduler control, and all the ASP.NET controls will support Internet Explorer 10, ASP.NET MVC 4, and Visual Studio 2012.

The new features and improvements contained in DXv2 live up to the high standards I've come to expect in a new DevExpress release. This comprehensive set of controls includes many improvements, most notably those that point the product in the direction of development for Windows 8 and touch-enabled platforms. Whether you're already a DevExpress customer or want to build visually impressive. ASP.NET, Silverlight, WPF, or Windows Forms applications in a minimum amount of time, you'll find this latest DevExpress offering to be worth a look.

Anand Narayanaswamy is an ASPInsider; he works as a freelance writer based in Trivandrum, India.