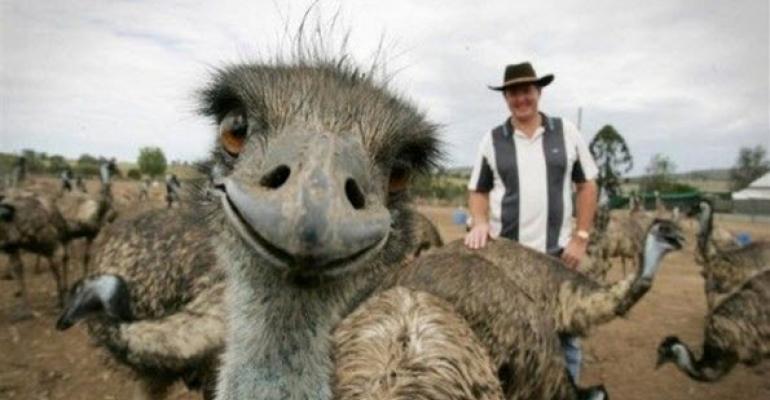 As expected, last week’s release of Visual Studio 2015 was full of big news and releases for developers in the Microsoft world. It’s always exciting to get shiny new things to play with, particularly when they promise to help us write more code of higher quality more quickly. Visual Studio 2015 itself feels like only an incremental enhancement over Visual Studio 2013, although some of the new debugging features are quite powerful. Some of the Web development tools got some love from Microsoft, so that the HTML editor better supports HTML5 and CSS3, the JSON editor was beefed up to provide a “first class” edit-data-like-code feel, and the JavaScript editor now provides better support for tools like AngularJS and the latest and greatest features of ECMAScript 6.

The new release of Visual Studio included version 4.6 of the .NET Framework for production, another significant but incremental enhancement. The best of the new features include the support for HTTP/2 (which I discussed a few months ago in Speeding Up the Web: HTTP/2) and full-on support for the .NET Compiler Platform, better known by its codename Roslyn.

Wait. That’s it? Well, there is more to these releases of course, but what about all the fabulous enhancements to ASP.NET that Microsoft has been talking about and demoing for months? You know, the fundamental rewrite of that part of the .NET Framework that is the biggest and most fundamental change of ASP.NET since its initial release around the turn of the millenium? That mystical thing called ASP.NET 5, which also includes MVC 6?

That update to ASP.NET has some great enhancements. My favorites include:

MVC 6 is getting an overhaul as well, with these new features:

And there is a lot more. Clearly, Microsoft has been taking to heart what it learned during the first 15 years of ASP.NET’s life to really get it right

ASP.NET 5 made the news last week too, since Microsoft included it with Visual Studio 2015...as an updated preview. But what’s really significant is that they finally provided a roadmap for ASP.NET 5:

So far, they’re right on schedule with last week’s Beta 6 release, always a good sign. But ASP.NET 5 is not scheduled to have a release with a go-live license (that you can use for production development) until November, with a final release well into next year (since you know Q1 means March). They certainly need to take the time they need to build a solid release, but it would have been nice to give us a better idea sooner of what was coming when.

It’s also nice that the ASP.NET team is able to take full advantage of the ample Select a template window of the New ASP.NET Project, as shown below. They’ve added a whole section for the ASP.NET 5 Preview Templates to keep them separate from production templates. So that is what all that empty space in previous versions of Visual Studio was for? Nice to finally get the answer to that question! 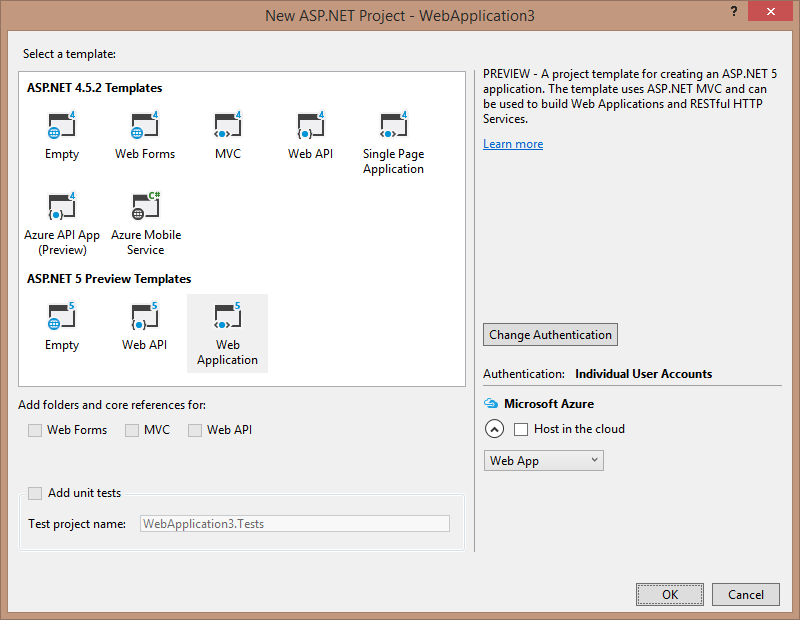 Please don’t take the mild snarkiness of this commentary to mean that I don’t like ASP.NET 5 or that I’m not chomping at the bit to get my grubby hands on it. I do, and I am. It’s just that Microsoft has taken its practice of talking up and releasing new versions to an extreme, raising expectations sky high long before a technology is fully baked. It’s disheartening to have a major new release of Visual Studio with only minor tweaks to ASP.NET when they’ve been talking up a fabulous new release for many months, only to find that we have to wait six more months for the new stuff. At this point, who knows which of the fabulous new features will end up being cut? In the meantime, both Microsoft and third parties will continue to write about the new stuff as though it is here today, making it all the harder to find solid information to solve problems in today’s production code.

I appreciate Microsoft’s transparency about coming technologies, but it sure is getting hard to maintain my excitement (and my interest) for the long haul.