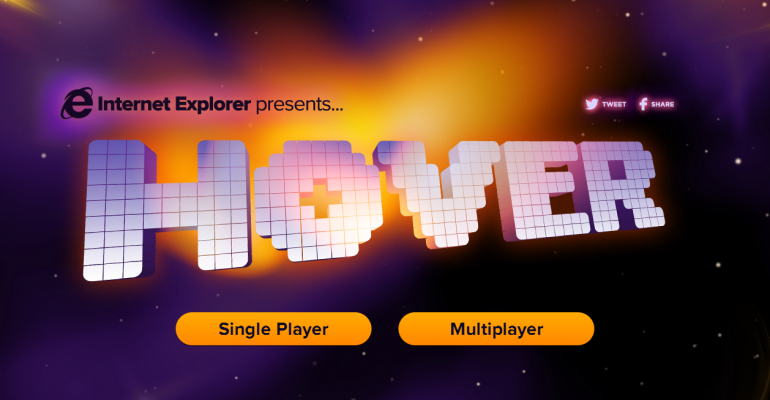 Microsoft Brings Back Classic PC Game Hover on the Web

Developers will be happy to learn that the Microsoft Internet Explorer (IE) team is bringing its classic PC game Hover back to the web. Those who are familiar with the game might remember that it originally shipped with the Windows 95 CD-Rom. The game is basically a combination of bumper cars and capture the flag, which featured cutting-edge graphics for its time.

The new version of Hover features increased performance and touch capabilities that support modern web standards such as WebGL. Intended for use with IE 11, the browser provides a boost to performance so that your gaming experience feels like a native app. And even though Hover works best in IE 11, the game also runs smoothly in any other modern browser.

Although Hover works with a keyboard in a way that’s similar to the original version, the game is also optimized for touch and provides an exciting and intuitive experience for tablet users running Windows 8.1. Users can choose from an array of different hovercrafts, and there’s also a new multimedia feature in Hover that lets you play with up to eight players online.

Microsoft brought back this game as a fun example to show what’s possible in any modern web browser, and it shares a similar experience to Contre Jour and Everest: Rivers of Ice. If you’re a web developer, then be sure to check out the tech behind the game by exploring Microsoft’s IE 11 support for modern web standards like WebGL at modern.ie. Do you remember playing Hover in the 90s? Let us know in the comments, or feel free to send us a tweet at @DevProConnect!