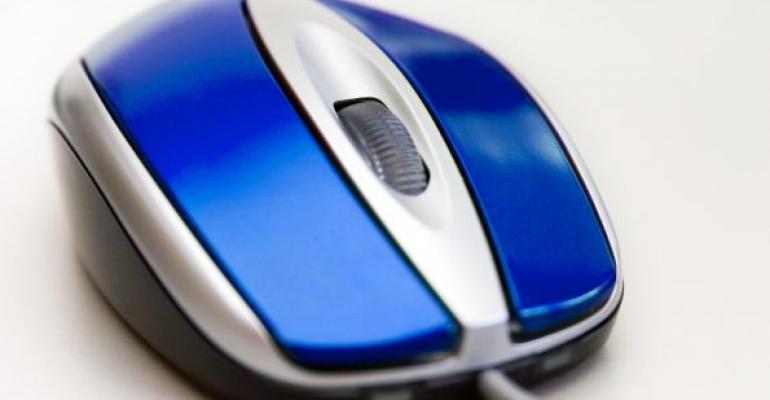 HTML5, Cascading Style Sheets level 3 (CSS3), and related technologies such as canvas and WebSockets bring many useful new features to the table that can take web applications to the next level. These new technologies enable applications to be built using only HTML, CSS, and JavaScript, allowing them to be viewed on a variety of form factors, including tablets and smartphones. Although HTML5 features offer a lot of promise, it isn't realistic to develop applications using the latest technologies without worrying about supporting older browsers in the process. If history has taught us anything, it's that old browsers stick around for years, which means that developers have to deal with backward-compatibility issues. This is especially true when deploying to the Internet applications that target the general public. This begs the question "How can you move forward with HTML5 and CSS3 technologies while gracefully handling unsupported features in older browsers?"

Although you can write code by hand to detect different HTML5 and CSS3 features, doing so is not always straightforward. For example, to check for canvas support, you need to write code similar to the code shown in Figure 1.

Or, if you want to check for local storage support, you can write code like that in Figure 2 to perform a check. This check is more involved than it should be because of a bug in older versions of Firefox that has to be accounted for.

Looking through the code in Figure 1 and Figure 2, you can see that there's more than meets the eye when it comes to checking browsers for HTML5 and CSS3 features. It takes a lot of work to test every possible scenario and every version of a given browser. Fortunately, you don't have to resort to writing custom code to test what HTML5/CSS3 features a given browser supports. By using a script library called Modernizr, you can add checks for different HTML5/CSS3 features into your pages with a minimal amount of coding on your part. Let's look at some of the key features Modernizr offers.

Getting Started with Modernizr

The first time I heard the name "Modernizr," I thought it "modernized" older browsers by added missing functionality. In reality, Modernizr doesn't actually handle adding missing features or "modernizing" older browsers. The Modernizr website states, "The name Modernizr actually stems from the goal of modernizing our development practices (and ourselves)." Because it relies on feature detection rather than browser sniffing (a common technique used in the past - and that never worked well), Modernizr definitely provides a more modern way to test features that a browser supports and can even handle loading additional scripts, called shims or polyfills, that fill in holes that older browsers might have. It's a great tool to have in your toolkit if you're a web developer.

Two different types of scripts are available for download on the Modernizr website: a development script and a custom production script. To generate a production script, the site provides a custom script-generation tool rather than providing a single script that has everything under the sun for HTML5/CSS3 feature detection. Using the script-generation tool, you can pick the specific test functionality that you need and ignore everything that you don't need. That way, the script is kept as small as possible. Figure 3 shows an example of the custom script download screen. Notice that specific CSS3, HTML5, and related feature tests can be selected.

Once you've downloaded your custom Modernizr script, you can add it into your web page using the standard

Modernizr and the HTML Element

Once you've added a script reference to Modernizr in a page, Modernizr will go to work for you immediately. In fact, adding the script will add several different CSS classes to the page's element at runtime. These classes define what features the browser supports and what features it doesn't support. Features that aren't supported get a class name of "no-FeatureName" -- for example, "no-flexbox." Features that are supported get a CSS class name based on the feature, such as "canvas" or "websockets." Figure 4 shows an example of classes added by Modernizr when running a page in Chrome.

Figure 5 shows an example of what the element looks like at runtime with Internet Explorer (IE) 9.

When using Modernizr, it's a common practice to define an element in your page with a no-js class added, like this:

Working with HTML5 and CSS3 Features

You can use the CSS classes added to the element directly in your CSS files to determine which style properties to use based upon the features supported by a given browser. For example, the CSS shown in Figure 6 can be used to render a box-shadow for browsers that support this feature and a simple border for browsers that don't support a box-shadow.

If a browser supports box-shadows, the boxshadow CSS class will be added to the element by Modernizr. It can then be associated with a given element. This example associates the boxshadow class with a div with an ID of MyContainer. If the browser doesn't support box-shadows, then the no-boxshadow class will be added to the element, and the class can be used to render a standard border around the div. This provides a great way to leverage new CSS3 features in supported browsers while providing a graceful fallback for older browsers.

In addition to using the CSS classes that Modernizr provides on the element, you also use a global Modernizr object that's created. This object exposes different properties that can be used to detect the availability of specific HTML5 or CSS3 features. For example, the code shown in Figure 7 can be used to detect canvas and local storage support. You can see that the code is much simpler than the code shown in Figure 1 and Figure 2. It also has the added benefit of being tested by a large community of web developers around the world running a variety of browsers.

The global Modernizr object can also be used to test for the presence of CSS3 features. The code in Figure 8 shows how to test support for border-radius and CSS transforms.

Several other CSS3 feature tests can be performed, such as support for opacity, rgba, text-shadow, CSS animations, CSS transitions, multiple backgrounds, and more. You can find a complete list of supported HTML5 and CSS3 tests that Modernizr supports here.

In cases where a browser doesn't support a specific feature, you can either provide a graceful fallback or load a shim/polyfill script to fill in missing functionality where appropriate (find more information about shims/polyfills here). Modernizr has a built-in script loader that can be used to test for a feature, then load a script if the feature isn't available. The script loader is built into Modernizr and is also available as a standalone yepnope script (yepnopejs.com). It's extremely easy to get started using the script loader, which can greatly simplify the process of loading scripts based on the availability of a particular browser feature.

In this example, Modernizr is used not only to load scripts but also to test for the presence of the canvas feature. If the target browser supports the HTML5 canvas, then the html5CanvasAvailable.js script will be loaded along with the myCustomScript.js script. (The use of the yep property in this example is a bit contrived -- it was added simply to demonstrate how the property can be used in the load() function.) If the test fails, a polyfill script named excanvas.js will be loaded to add missing canvas functionality for IE versions prior to 9. Once excanvas.js is loaded, the myCustomScript.js script will be loaded.

Because Modernizr handles loading scripts, you can also use it in creative ways that don't necessarily involve testing for HTML5 or CSS3 features. For example, you can use it to load local scripts when a third-party Content Delivery Network (CDN) such as one provided by Google or Microsoft is unavailable for any reason. The Modernizr documentation provides a nice example that demonstrates the process for providing a local fallback for jQuery when a CDN is down, as shown in Figure 10.

This code attempts to load jQuery from the Google CDN first. Once the script is downloaded (or if it fails), the function associated with complete will be called. The function checks to make sure that the jQuery object is available and, if it isn't, Modernizr is used to load a local jQuery script. After all those actions occur, a script named needs-jQuery.js will be loaded.

If you're building applications that use some of the latest and greatest features available in HTML5 and CSS3, you'll find Modernizr to be an essential tool. By using Modernizr, you can reduce the amount of custom code required to test for browser features and provide graceful fallbacks or even load shim/polyfill scripts for older browsers to help fill in missing functionality. Next in our HTML5 series, we'll focus on essential techniques for web form validation starting with "Simplify Web Form Validation Using HTML5."