/sites/all/themes/penton_subtheme_itprotoday/images/logos/footer.png
Recent
Recent
All Hard Disk Drives Aren't Created Equally: How to Choose?
Jul 30, 2021
Culture, Not Tech, Is Key to Getting Most Out of DevOps Practices
Jul 30, 2021
Windows 11 #BetaChannel Build Tracker
Jul 29, 2021
Biden Signs Memo to Defend Industrial Controls From Hackers
Jul 29, 2021
Google to Require Employee Vaccines, Pushes Back Return Date
Jul 29, 2021
Featured
IT Pro Salary Survey: What You Earned in 2020
Jul 09, 2021
Cloud Cost Optimization: Best Practices for IT Pros
Jul 15, 2021
PowerShell 101: A Technical Explainer for IT Pros
Jul 14, 2021
Edge Computing in the Enterprise Report
May 28, 2021 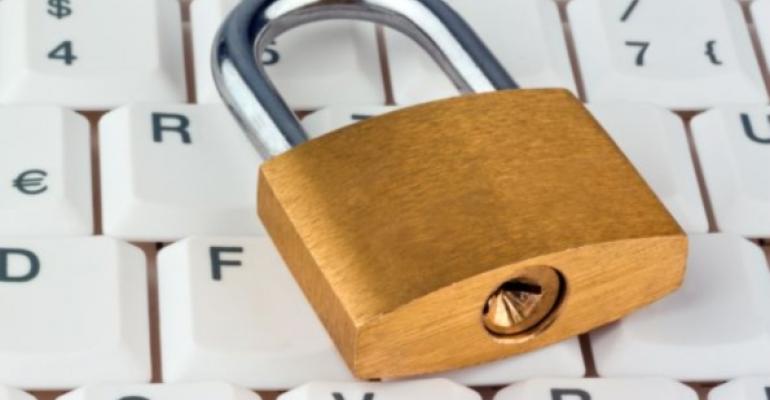 How to Use a Twitter-Based ASP.NET MVC Security Principal

In "Lazy Authentication with Twitter," I presented a simple but effective strategy to add Twitter authentication to your website. Instead of creating and maintaining your users' data store, you can rely on a third-party service to handle open authentication. In that article, and described in more detail in Programming Microsoft ASP.NET MVC, Second Edition (Microsoft Press), I used the DotNetOpenAuth library to deal with the intricacies of the OAuth protocol (used by most popular social networks) and discussed how to authenticate users and create a plain ASP.NET authentication cookie for any successive access. To be precise, the DotNetOpenAuth library comes with an extension method that helps in creating the cookie.

More recently, I embarked on a large project that uses website functionality to provide data feeds to a variety of mobile front ends and social networks. The social part of the project addresses a slightly different issue that the aforementioned article doesn't cover: sending automatic updates to a few given Twitter accounts. Although this isn't really a brand-new feature that no one has ever implemented, surprisingly I couldn't find a well done end-to-end example that doesn't require a deep understanding of the Twitter implementation of the OAuth protocol -- thus, my inspiration for the topic of this article. Here I will show you a sample ASP.NET MVC application that allows users to log in with their Twitter account and then post updates.

For the purposes of this demo, I'm not using DotNetOpenAuth to deal with the Twitter API. Instead I'm using the TweetSharp library, which I added to my project via NuGet. Note that the library comes with a couple of dependencies (Hammock for REST operations and Newtonsoft.Json for JSON parsing), so adding the TweetSharp library through NuGet simplifies management a bit. TweetSharp has many more ready-made methods to authenticate users, verify credentials, and post updates.

The main benefit of TweetSharp is that it reduces the task of sending tweets automatically to just a few lines of self-explanatory code. Figure 1 shows the user interface of the sample application, webTWEETing.

Let's assume that your application is registered with Twitter and fully configured. Pay attention to requesting write access to the accounts; otherwise, you won't be able to post updates programmatically. Registering the application with Twitter gives you a couple of essential strings—the consumer key and the secret. These strings should be passed to the TweetSharp API before attempting to access the Twitter API.

As you can guess from Figure 1, the sample ASP.NET MVC application has a TwitterController class with a Login method. When users invoke this action, they actually trigger the process that displays an authentication Twitter page, shown in Figure 2. On this page, users enter their Twitter credentials and explicitly authorize your application to operate on their account.

The TwitterService class that you see in Figure 3 belongs to the TweetSharp library and represents the entry point in the library. You get an instance of the service by providing your application's consumer key and secret. The Login method only triggers the process; another controller method will be responsible for finalizing the process. And yet another method will be required to post an update. For each interaction, you need to use an instance of the TwitterService class. For this reason, you might want to store the consumer key and secret strings in a place that is easy to reach programmatically.

You should be able to understand the OAuth workflow quite easily from Figure 3. First, the code places a request to Twitter to get a request token. The request token incorporates the callback URL, namely where Twitter will redirect the browser after the user has entered credentials. The callback URL is where you want the browser to go after the user clicks the Authorize app button shown in Figure 2. In Figure 3, the callback URL refers to the Success method on the Twitter controller class, shown in Figure 4.

Once the user has entered his or her credentials, you're one step away from completing your effort. Another call is required to exchange the request token with the tool that will unleash the power of Twitter programming: the access token object. The callback receives two strings that you need to present back to Twitter to get your access token. In ASP.NET MVC, you should pay attention to the names of the Success method parameters. If you use a code-productivity extension in Visual Studio, such as JetBrains' ReSharper, you will likely get suggestions to rename oauth_token and oauth_verifier to comply with coding standards. If you do so, then you need to add a Bind attribute to save yourself a Twitter exception on the next access to the framework, like this:

Once the access token has been delivered to the requesting application, the application can use the user account. The use of the account is limited by the permissions that the application initially requested and that the user agreed to concede. In other words, an application that doesn't request permission to write posts will never be able to post updates on behalf of a user. An additional sensible limitation is that no application is enabled to change the user password. Permissions are read-only, read-write, and read-write with direct access to messages.

To post an update, or to read tweets, an application needs the information stored in the access token. TweetSharp provides an OAuthAccessToken class with four properties: ScreenName, UserId, Token, and SecretToken. ScreenName is the username as a string, whereas UserId uniquely identifies a Twitter user through a numeric ID. Token and SecretToken are two user-specific strings that Twitter requires to be able to perform any operations.

You obtain an access token every time the user logs in and enters credentials. However, you don't want this interaction to take place for every browser session. To avoid that, you need to save the access token somewhere. For example, you could store the access token in the web application's cache, where the token would survive browser sessions but not application restarts. Alternatively, you may consider storing the token in some persistent store, such as a database table.

You can't simply cache or store the token information without binding it to the username. It turns out that if you opt for a persistent store, you may end up with a table that over time mirrors some Twitter user table. This table will potentially enable you to post updates at any time on behalf of users. It's a sort of corner-case scenario that may happen when your application is open to any Internet users. The point is that capturing data (names and tokens) of Twitter users may be in conflict with the rules of using the Twitter API. (The rules are displayed when you register your application with Twitter.)

Note that a user can revoke access to any applications at any time by simply signing in and editing the Twitter user profile. Under the Applications tab, a user finds listed all the Twitter applications he or she granted access to at some point. Revoking access is just a matter of clicking a button.

Stuffing custom data in an authentication cookie is easy, as Figure 5 demonstrates, showing an extension method for the HttpResponse object that creates and appends the cookie.

You place a call to this method at the bottom of the method featured in Figure 4, as follows:

In ASP.NET, adding user data to an authentication cookie is easy; reading it back, though, requires some extra work.

In ASP.NET, you access user information via the HttpContext.User property. The User property is defined to be of type GenericPrincipal. All you need is a more specialized class built on top of GenericPrincipal that exposes the extra properties of the Twitter authentication cookie. Figure 6 shows such a class, the TwitterPrincipal class.

You need to fill up an instance of this class every time a request is authenticated in your application. This can be done in the PostAuthenticateRequest event of the global.asax file or in a custom HTTP module, as shown in Figure 7.

To consume the extra data stored in the authentication cookie, you need to cast the User object to TwitterPrincipal. Here's an example of how to display the token strings from within a Razor view:

In the same way, you can access token and token secret strings and post an update. TweetSharp requires that you call the SendTweet method on a TwitterService instance, as shown in Figure 8. Before you tweet, however, you must authenticate with Twitter by passing the token and secret. You use the AuthenticateWith method for this purpose.

As I see things, a tight integration between websites, mobile front ends, and social networks is of growing relevance in modern application software. More and more companies are realizing the importance of adding a social feed to their output channels. The ability to master the Twitter and Facebook APIs is a key asset for developers, and even more so is mastery of the fundamentals of social programming.