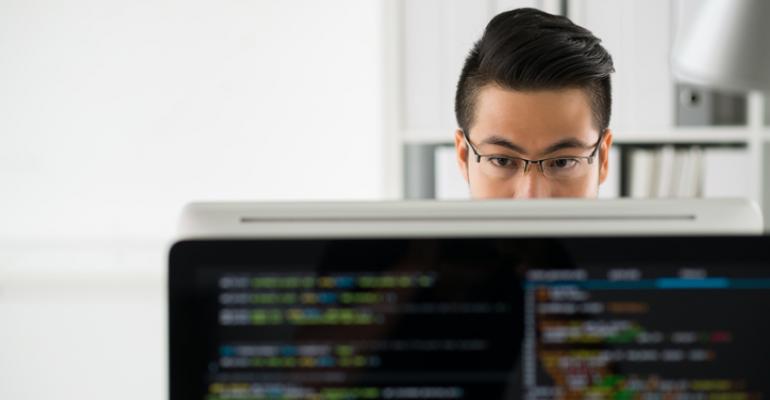 IT executives want to see more than your job experience and resume, says a new HackerRank study. They also want to see your GitHub project work.

When companies look at hiring new software developers today, they're no longer solely perusing an applicant's resume and years of work experience. Instead, they are also eagerly evaluating candidates for real-world involvement in a GitHub project and software development work in other repositories, where they can see that candidates are deeply involved in the work that will be required on the job.

That's one of the key conclusions of a recent "2018 Developer Skills Report" released by HackerRank, a startup that helps enterprises evaluate the skills of candidates they are eyeing for jobs on their development teams. The report is based on responses from 39,441 professional and student developers who completed an online survey from Oct. 16 to Nov. 1, 2017, according to HackerRank.

Some of the respondents included CEOs, CTOs and company founders, 84.1 percent of whom said they look to an applicant's GitHub project work and other experience as an important indicator of a prospective employee's on-the-job skills. Such GitHub project experience ranks higher for applicants than the number of years of experience they show on their resumes, the report continued.

"This could be attributed to the fact that by the time candidates meet execs, they’ve gotten to a point in the hiring process where interviewers are no longer looking for resume qualifiers," the report states. "Most of the time, these C-level execs have recruiters or another teammate focus on resume-based proxies. When developers meet with C-level folks, there’s more time to evaluate proven skills based on projects, previous work, and portfolios."

More important to executives at companies small and large, the report states, are the problem-solving capabilities of job applicants. Some 94.9 percent of the executives who responded stated that problem-solving skills are the most-important qualification they are seeking in new hires, which was higher than desired skills in programming languages proficiency, debugging, and system design.

Abhijit Tamhane, the vice president of products at HackerRank, told ITPro Today that his company was struck by the high importance of GitHub project work for candidates, as described by C-level executives in the survey.

"We understand that more and more companies are trying to assess the candidates on their skills," he said. "This allows real evaluation" because hiring managers and executives can better judge candidates based on the GitHub project work in which they are they involved.

"Everybody's resumes these days claim all kinds of skill sets that they have," said Tamhane. "It's hard for a hiring manager to differentiate."

The GitHub and project experience are "huge," he said, and makes it easier to highlight candidates because it shows their initiative.

"What people are looking for is tangible evidence of [an applicant] having done something substantial, and you are seeing this across the board," said Tamhane. "In the interviewing process, something like GitHub helps you understand a developer's coding skills far more deeply," making it far more objective than a resume.

The HackerRank survey was hosted by SurveyMonkey, and HackerRank recruited respondents via email from their community of 3.2 million community members and through social media sites. This was the first developer's skills study conducted by the company.