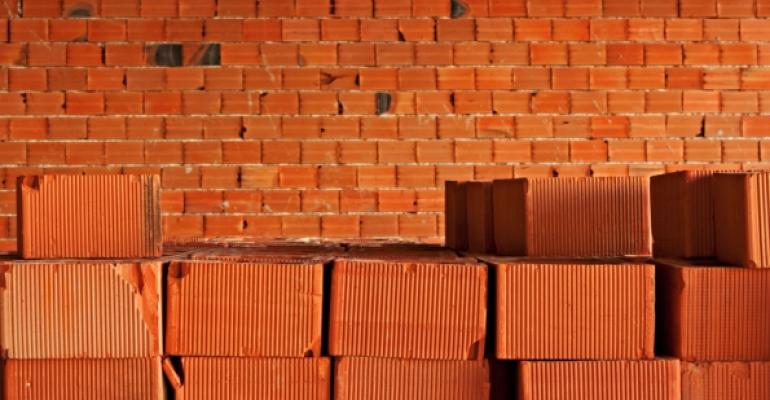 Over the past few years, I've been working a lot with the JavaScript language and building large-scale web applications. Although I have "Stockholm Syndrome" (JavaScript is one of my favorite programming languages), other developers don't share my affection for the language. Developers don't like JavaScript for many reasons. One of the main reasons is that JavaScript is difficult to maintain in a large-scale code base. In addition, JavaScript lacks certain language features, such as modules, classes, and interfaces.

Developers can use two main approaches to avoid JavaScript pitfalls. The first approach is to use plain JavaScript with JavaScript design patterns to mimic the behavior of modules, classes, and other missing JavaScript language features. I use this approach most of the time, but it can be very difficult for junior JavaScript developers because you need know JavaScript quite well to avoid its pitfalls.

You're probably asking yourself why you would use JavaScript or a JavaScript variant to compile into JavaScript. One reason is that ECMAScript 6, the latest JavaScript specifications, introduces a lot of the missing features in the JavaScript language. Also, because at the end of the process you get JavaScript code anyway, why not write the code in plain JavaScript from the start?

This is where TypeScript becomes very useful.

TypeScript to the Rescue

I don't go into great detail about TypeScript's features in this article; for a more detailed explanation of the language, see Dan Wahlin's "Build Enterprise-Scale JavaScript Applications with TypeScript." I recommend that you read Wahlin's article before you proceed any further with this article. You'll need a good understanding of what TypeScript is before you jump into writing a simple end-to-end application using the language.

Creating the Server Side with Node.js

To demonstrate the ease of using TypeScript to write an application, let's create a simple gallery of DevConnections conference photos. First, you need to create the server side. The application will use the node.js runtime to run the application back end.

Node.js is a platform to build web servers using the JavaScript language. It runs inside a Google V8 engine environment. V8 is the Chrome browser's JavaScript engine. Node.js uses an event-driven model that helps create an efficient I/O-intensive back end. This article assumes that you know a little bit about node.js and Node Packaged Modules (npm). If you aren't familiar with node.js, you should stop reading and go to the node.js website first.

Our application will also use the Express framework, which is a node.js web application framework. Express helps organize the web application server side into MVC architecture. Express lets you use view engines such as EJS and Jade to create the HTML that's sent to the client. In addition, Express includes a routes module that you can use to create application routes and to access other features that help speed up the creation of a node.js server. For further details about Express, go to the Express website.

Creating the project. To create the application, you need to install node.js Tools for Visual Studio (NTVS). (As I write this article, NTVS is currently in first alpha and might be unstable.) NTVS includes project templates for node.js projects, IntelliSense for node.js code, debugging tools, and many other features that can help you with node.js development inside Visual Studio IDE.

After you install NTVS, create a blank Express application and call it DevConnectionsPhotos. Figure 1 shows the New Project dialog box, which includes all the installed NTVS project templates.

When NTVS asks you whether to run npm to install the missing dependencies for the project, you should select the option to run npm and allow it to retrieve all the Express packages.

Creating the views. In the Views folder, you should replace the layout.jade file with the code in Listing 1. This code is written in Jade view engine style, and it will render the HTML layout of the main application page.

The index.jade file includes a declaration of a DIV element with a Galleria ID. You'll use that DIV later on the client side to show the photo gallery that you're implementing.

Implementing the server side. Before you use TypeScript, you should import the TypeScript runtime to the NTVS project. To do so, add the following line of code to the DevConnectionsPhotos.njsproj file:

This line of code imports TypeScript to the project and allows you to use it to compile TypeScript files. (Note that the TypeScript Visual Studio runtime wasn't a part of NTVS projects at the time I wrote this article.)

Now that the environment is ready and you've created the main web page, you should rename the app.js file, which exists in the root of the project, to app.ts by changing its postfix to .ts. Performing this action forces the code to run as TypeScript code rather than JavaScript code. Because TypeScript is a JavaScript superset, you can transform the app.js file, which is a simple Express template, to app.ts without any problems.

You can see that I used lambdas in the code and types for the arguments that the function receives. These features come from TypeScript and aren't currently part of JavaScript.

After you write the getAllFileURIs function, you should add an endpoint called getAllImages on your server. This endpoint uses the getAllFileURIs function to fetch all the URIs for files that exist in the /public/Content/Photos folder. Listing 5 shows what the implementation of this endpoint should look like. In Listing 5, whenever a request arrives to the getAllImages endpoint, an array of image URIs is serialized to JSON format and is written to the response.

Your server code is now ready to run. Be sure to set the generated app.js file as the startup file for the node.js application. Figure 2 shows a running DevConnections photo gallery with only the server implementation. (Notice that there are no photos in the gallery yet.) Now that you have a working server side, you need to create the client side.

You'll use two libraries on the client side: jQuery and Galleria. You're probably already familiar with jQuery; Galleria is a JavaScript library that's used to create a gallery from an image array. You can download Galleria, or you can use your own gallery library as long as you adjust the code, as I show you later in this article

Creating the client-side implementation. The first step in configuring the client side is to create the data structures for Galleria image information and for Galleria configuration options. Create a new TypeScript file in the app folder that exists in the Scripts folder. Call the new file datastructures.ts. Both of the classes you'll create will be a part of the app.data.structures module. The code in Listing 6 implements the data structures.

After you've created the data structures, you need to configure the interaction with the server, and you need to fetch the images for the gallery. To accomplish these tasks, you need to implement a data service class. Create a new TypeScript file in the app folder that exists in the Scripts folder. Call the new file dataservice.ts. The data service's responsibility will be to call the getAllImages endpoint and use the array of image URIs to create Galleria images, as Listing 7 shows.

As you can see in Listing 7, one of the first steps is to import the app.data.structures module. Later on, you declare an interface that exposes a getImages function. The getImages function returns a JQueryPromise object that will help defer the execution of the getImages operation until the getJSON function returns and runs its success callback. When the getJSON success callback runs, it creates a GalleriaImage object for each image URI that's part of the array that was returned by the server.

One of the interesting things in the implementation is the call to declare var Galleria. Because Galleria doesn't have a declaration file, you need to declare its object. This is where the declare keyword becomes very handy. You use the declare keyword to inform the TypeScript runtime that the declared variable is dynamic and should be used with the any type.

The last part of the puzzle is the app.ts file. You need to create this file in the app folder that exists in the Scripts folder. Don't be confused between the app.ts file of node.js and this app.ts file, which is used to run the application. The code in Listing 9 implements the client-side app.ts file.

Now that all the parts are in place, the final result is an image gallery (see Figure 3). You can put images in the Images folder, which exists under the Content folder. You can download the complete application that I used to create the DevConnections photo gallery.