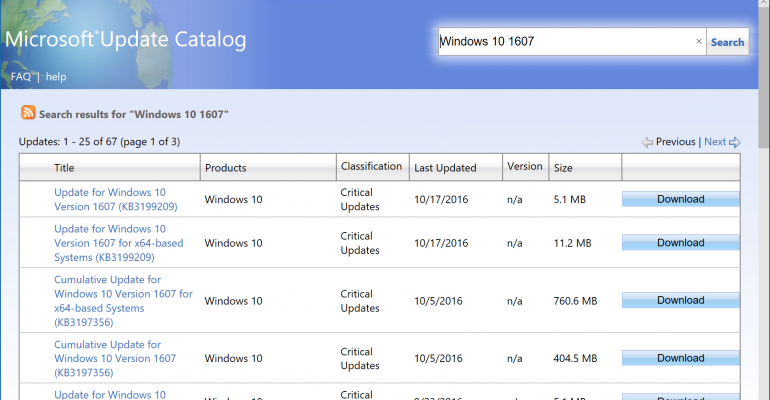 Since the beginning, ActiveX has been a requirement to view the Microsoft Update Catalog on the web. ActiveX, of course, is a plugin that works with Internet Explorer, but does not work with Microsoft’s newest browsing creation, Microsoft Edge.

It’s been rumored that an Edge-friendly version would surface soon, and Michael Niehaus made the announcement on Tuesday that the new version has now been made available. Michael was on-hand delivering sessions at IT/Dev Connections 2016, but this change wasn’t quite ready to announce then.

However, Michael was able to give a more detailed description about his “head-scratcher of a blog post” on the new Windows 7 and Windows 8.1 servicing changes. Michael did a great job explaining the unexplainable. This was a BOF community session that turned into an impromptu general session – and just another reason why IT/Dev Connections is such a revolutionary event. Its architected to allow unexpected things like this to happen, and absolutely not something you’d see/hear at a vendor mega-show.