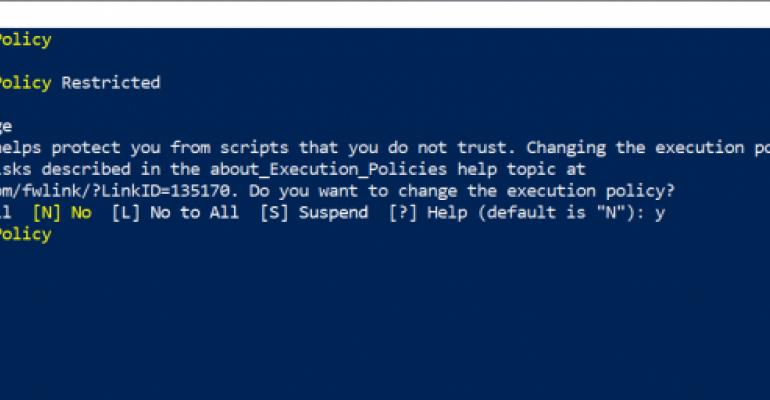 Here's how fileless malware attacks work, the role PowerShell plays, and the steps admins need to take to protect their systems.

One of the major weaknesses associated with traditional antivirus software is that it works by scanning files in an effort to detect signatures of malicious code. Modern antivirus applications also use heuristic-based detection, but conventional wisdom has long held that malware infections are tied to malicious files. However, it is possible for a malware attack to occur without the victim ever coming into contact with a malicious file—otherwise known as fileless malware.

Fileless malware attacks vary widely in scope, but one infection method involves attackers running the malware on their own machines and directing instructions to remote targets. In this type of attack, no file is ever sent to victims’ computers. Instead, the victims’ machines merely receive a series of individual instructions from the attackers computers.

Before I get started, there is one really important thing that I need to mention. Even though the techniques I will be demonstrating are performed within PowerShell, I am not suggesting that PowerShell is inherently insecure. Attacks like the one I will show you can succeed only if the necessary permissions exist. Elevation-of-privilege attacks are beyond the scope of this article series, so, for the sake of demonstration, I am going to be working under the assumption that the required privileges already exist and that the bad actors have already gained access to the target resources.

This, however, raises a big question. Why doesn’t PowerShell do anything to stop a fileless malware attack?

There are at least three reasons why an execution policy might not be able to prevent an attack.

First, if an attacker has gained the permissions that are necessary to use PowerShell to compromise one of your servers, that attacker presumably also has permission to set the system’s execution policy to Unrestricted.

This is how you check and modify PowerShell’s execution policy.