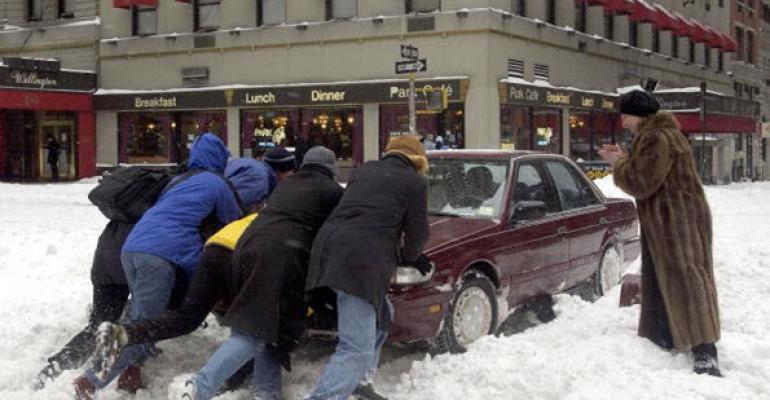 Microsoft has now updated KB3020369 to reflect what we've all known for a while, that one of the updates this month has been causing some reproducible problems. From testing, we had originally targeted KB3046002 as the culprit, but I guess our testing was a bit tainted due to the number of updates Microsoft released this month.

Per the updated KB article…

After you install update 3020369 together with other updates, a restart may be required to complete the installation. During this restart, you may find yourself stuck on "Stage 3 of 3."

If you encounter this issue, press Ctrl+Alt+Delete to continue to log on. This should occur only one time and does not prevent updates from installing successfully.

An update installation fails after you install update 3020369

This issue only affects the update tried immediately after update 3020369. As soon as update 3020369 is installed, another try to install the failed update should be successful.

Who knew that Ctrl-Alt-Del would someday become a powerful patching tool?

@rodtrent @windowsitpro Official response from Microsoft is that this issue is caused by KB3020369. https://t.co/LtEmn79KjK See Known Issues