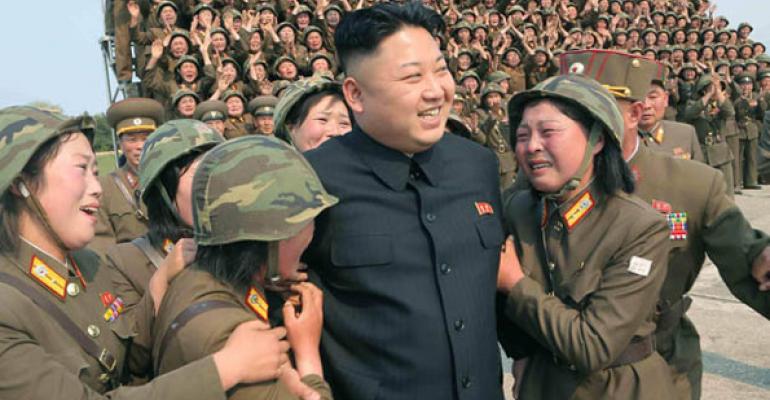 Obama: Sony Hack Was Cyber-Vandalism, Not Act of War

US president Barack Obama said this weekend that the North Korean electronic attack of Sony Pictures' computer systems and subsequent leaking of information was an act of cyber-vandalism, not war. This declaration effectively limits any potential response to the attack the United States, though what that response might be remains to be seen.

Obama's remarks were recorded on Friday for broadcast on Sunday on the cable news channel CNN.

One potential response that Obama has offered is to return North Korea to the US list of state sponsors of terrorism. The country was removed from that list six years ago a part of an agreement on North Korea's part to curtail its secretive nuclear programs. The president has also suggested that US could levy further financial sanctions against North Korea.

"We will respond proportionately and we'll respond in a place and time and manner that we choose," the North Korea National Defense Commission threatened over the weekend. "[We] are fully ready to stand in confrontation with the US in all war spaces including cyber warfare space to blow up those citadels. Our toughest counteraction will be boldly taken against the White House, the Pentagon and the whole US mainland, the cesspool of terrorism, by far surpassing the 'symmetric counteraction' declared by Obama."

North Korea officially insists it had nothing to do with the attack and Sony and says it can prove it. The country has even coyly suggested a joint probe with the US government to uncover the true perpetrators.

But the United States says it already knows the responsible party behind the attack, North Korea, and adds that the country appears to have "acted alone" in hacking Sony. The US has reached out to North Korea's neighbors, including China, to see what can be done about reining in the silliness.

"We have to do a much better job of guarding against the ability of both state and non-state actors to have the capacity to disrupt our lives in all sorts of ways," president Obama told CNN. "We have to treat it like we would treat the incidence of crime in our [own] countries."