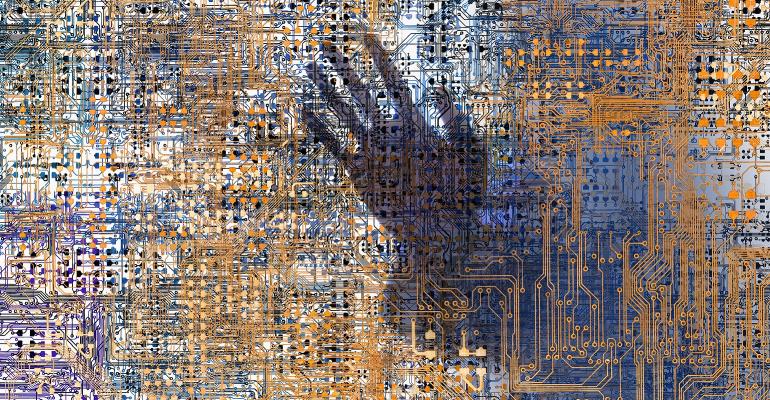 The framework, called Morpheus, is designed to address the realities of organizations today, where there is no longer a well-defined periphery that can easily be protected.

“In the old days, you could protect everything with a firewall, because it was all north-south traffic going in and out of a data center,” said Kevin Deierling, NVIDIA’s senior vice president of networking. “Today, there are lots of giant, monolithic applications broken into tiny microservices that talk to each other across the entire data center, and that creates a massive amount of east-west traffic.”

There are other challenges as well, Deierling said, including the fact that employees are connecting their own devices to the corporate network and downloading unverified applications from the internet and running them in the cloud. There are also high-velocity data streams containing very heterogeneous data, and that data changes often.

All of this requires a different approach—one that prioritizes visibility and analysis. NVIDIA Morpheus is designed with these issues in mind. The AI cybersecurity framework allows for heterogeneous and flexible inputs and uses machine learning to identify, capture and take action on threats and anomalies.

Morpheus can be used in two ways—with and without BlueField, NVIDIA’s cloud-native supercomputer solution. On its own, the Morpheus framework can run on a GPU. For example, Splunk is using it today to accelerate log file analysis and process more log information.

In most cases, though, NVIDIA expects most to use it in conjunction with BlueField, a data processing unit (DPU) built for AI and accelerating computing. BlueField essentially puts data center infrastructure into every server by moving software-defined services from CPU cores to a DPU and then decoupling application processing from infrastructure processing.

When combined with BlueField DPUs, Morpheus enables every compute node in the network to serve as a cyber defense sensor at the edge, allowing organizations to analyze every packet with line-rate speed without data replication.

In essence, Morpheus acts as a sensor on the server to provide real-time telemetry data to the Morpheus platform, which applies security policies and then sends it back to the DPU to enforce those policies. It also can perform these actions across multitenant environments.

The AI cybersecurity platform is also designed to be flexible. For example, it can be programmed to detect sensitive information, such as personally identifiable information, in real time by examining all data on every server. Upon detection, it can very quickly apply a policy to isolate the server so the problem can be fixed.

While Morpheus today runs well on BlueField-2, NVIDIA already has announced plans for the next generation of BlueField, which doubles the bandwidth and significantly increases performance. According to the company, one BlueField-3 DPU will deliver the equivalent data center services of up to 300 CPU cores. It will be available in the first quarter of 2022.